A recent high-profile case in Australia highlighted agricultural water theft, especially stealing environmental water, as a substantial public policy issue. In a new paper, we look further afield to discover that water theft is global, and needs to be better addressed by researchers.

This is because water theft is a topic that does not enjoy a lot of research. There is a lack of data for clear reasons, and often those stealing water are poor, vulnerable and at risk in developing countries.

As expected, water theft also occurs in the developed world, especially in agricultural settings. You can find some recent Australian examples here, and here. According to Interpol, thieves steal as much as 30-50% of the world's water supply annually – a big number. Compounding this problem is the fact that, as the scarcity of our most precious resource increases due to climate and other challenges, so too do the drivers for water theft.

To improve water protection, an international team of researchers, led by the University of Adelaide, carefully examined what drives water theft, including social attitudes, institutions and future supply uncertainty. The team consisted of talented researchers from cross the globe with an interest in this field. We built a novel framework to better understand theft deterrents and a model to capture drivers of theft, allowing them to test changes to detection, prosecution and conviction systems. You can see the framework below.

To then test this new framework we identified three case studies (Spain, California and Australia). The cases proved to be very entertaining, even though in some instances terrible actions linked to theft were revealed. However, the cases also revealed the usefulness of the framework, and that there must be other contexts where it could be put to good use. You can see the framework below:

At the centre of this framework is a calculus equation, which the researchers incorporated into a simple model (freely available to everyone) that enables the framework to be operationalized for a variety of contexts.

Ultimately, with these tools, regulators can accurately measure the effectiveness of current penalties and make changes accordingly. For example, a AU$50,000 fine for stealing water may in real terms only amount to an AU$3,000 deterrent for some users. If those users are motivated to steal water because it is scarce, and they need it to keep a crop alive, then the opportunity cost of that water may far exceed the penalty, and theft will occur.

So do these tools work? When the researchers applied the framework and model to three real-world case studies we were able to clearly identify evidence that where institutions fail to support detection and prosecution, theft will increase. And in many of these cases, the associated social and environmental harm is substantial.

For example, in Spain regulators were assaulted by users when they tried to stop them from stealing water; in the US marijuana growers stole water from fire hydrants and the police felt powerless to do anything about it; and in Australia national welfare suffered and tax-payers’ investments were jeopardized as environmental water was pilfered.

As stated earlier, there is not a lot of current research in this area, but we believe there are many cases of theft that could be studied using our framework – and we encourage everyone to do just that using the tools located within the paper’s supplementary materials.

Much of the world’s focus right now is on water efficiency investments, which might achieve (at best) between 10-20% savings for water managers. But if we can recover 30-50% of ‘lost’ water by tackling water theft then that would be good for our water supply, and good for us.

If you're interested in reading the paper you can follow this link to download it from the journal. Also, we've developed a short video (see below) that also explains what we did, and the relevance of our research outputs. 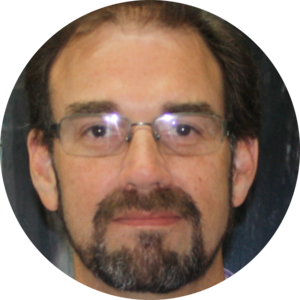 I am an agricultural and natural resource economist with an interest in water, risk and uncertainty and decision-making research. Occasionally I also dabble in transaction costs for fun; where they rarely turn out to be so.
Follow