Hydropower has the potential to bridge the yawning energy gap in many emerging economies. It also has the potential to irreversible alter and degrade some of the world's largest river ecosystems. Strategic system-scale planning can help finding more trade-offs hydropower impacts and benefits and hence be a pathway towards more sustainable hydropower development.
Rafael Schmitt
Lead Hydrologist, Natural Capital Project, Stanford University
Follow
Like Liked by Drew Morrison
0

The paper in Nature Sustainability is here: http://go.nature.com/2H7GQmF

Hydropower supplies a sixth of the global total energy generation and about 70 % of the renewable energy generation. With ever increasing demands for electricity and the need to transition to a less carbon-intensive energy future, hydropower will continue to play an important role in the global electricity mix. The hope that hydropower dams will fuel economic growth with reliable and low-carbon energy is contrasted by their impacts, ranging from displacement of communities and inundation of terrestrial ecosystems to the interruption of migration routes for aquatic species and a major interference with the natural flow of water and sediment in rivers.

Currently, decisions regarding dam development are often taken based on the projected economic performance and local environmental impacts of single dams. There is a lack of consideration for the cumulative impacts which multiple dams will have on multiple domains of ecosystem functioning in a river system. What is missing is an early strategic vision on cumulative, system-scale benefits and impacts of dams such as to identify a dam portfolio that combines high energy generation with low environmental impacts.

We started our work on strategic hydropower planning in Se Kong, Se San, and Sre Pok (often referred to as the ‘3S’) tributaries of the lower Mekong, building on previous research in which we quantified the variability of sand transport in the basin. In a previous paper, we showed that one of the three tributaries, the Se Kong, likely conveys less sand to the Mekong than the two other rivers.  Our initial research interest was to understand how the natural pattern of sand transport is going to change with the rampant construction of hydroelectric dams.  The 3S is one of the most important sources of sand for the lower Mekong and the Mekong Delta. Sand from the 3S helps to build and maintain the delta landform, which currently supports nearly 20 million livelihoods, in the face of rising sea levels.  Our work in the basin was hence motivated by the notion that interrupting sand transport from the 3S basin to the Mekong will potentially have regional impacts on ecosystems and livelihoods. We used the CASCADE (CAtchment Sediment Connectivity And DElivery) framework, to build a model of sand transport in rivers and reservoir impoundments to study the impact of 42 hydropower plants that are planned, built, or under construction on the sand transport in the basin.

One of our initial findings was that one major dam, Lower Se San 2, which currently nears completion at the confluence of the Se San and Sre Pok Rivers, will trap most of the basins’ sand load. Its contribution to the hydropower generation is instead comparatively minor. As a result, the current dam portfolio, which is the result of project-by-project development rather than strategic planning, will trap more than 80 % of the basin’s sand load and exploit only around 50 % of the basin’s total hydropower potential. At the same time, we observed that there are still many smaller, more upstream dam sites which cumulatively hold a major generation potential.

Motivated by the heterogeneity in natural sand transport, and the large number of dams sites in the basin, each with a different design, and location in relation to sediment sources, and hence with a specific impact on sand transport, we explored implementing a strategic planning framework. The ambition was to provide evidence that strategic planning could have identified better trade-offs between generating hydropower and supplying sand to the lower Mekong and Delta. We created nearly 17,000 alternative dam portfolios, i.e., different combinations of dam sites in the basin and modelled sand trapping and hydropower generation for each of them. What emerged was that the impact of the current dam portfolio results in an disproportional impact compared to its energy generation. The best alternative portfolios could have generated the same amount of electricity for similar unit production costs as the current portfolio, while trapping less than 20 % of the basin’s sand load. These alternative portfolios would have favored constructing dams in upper parts of the basin where less sand is transported rather than on the main rivers in the lower parts of the basin. We also found that a strategic analysis can be crucial for identifying the limits for hydropower expansion.  Our analysis revealed that nearly 70 % of the basin’s hydropower potential could have been developed with relatively limited impact on sediment transport. Increasing hydropower beyond that limit would require constructing dams with proportionally greater impacts, resulting in a massive change in the basin’s sediment budget.

For the 3S basin, our analysis comes probably a decade too late, as the most impactful dams are nearing completion. However, drawing lessons to apply elsewhere, our results show that the hydropower generation - environmental impacts dilemma can be recast as a question of making trade-offs transparent and taking strategic decisions. Changing the paradigm in hydropower planning from project-by-project planning to strategic decision making will be challenging. However, there are also great opportunities. In the future, we envision that strategic hydropower planning will be expanded to include additional environmental and socio-economic objectives and be embedded in planning processes for national or regional renewable energy portfolios. Wind and solar power are now available at competitive costs and could provide power foregone by not developing high-impact dam sites. With alternative sources of renewable energy available and changing energy demands, strategic planning can also guide the identification and removal of obsolete or high-impact dams and river infrastructures.

In our opinion, strategic planning is despite all challenges the key to address socio-economic demands for hydro-electricity and water resources without overstepping the carrying capacity of rivers and hence overproportionate impacts on ecosystems and ecosystem services. 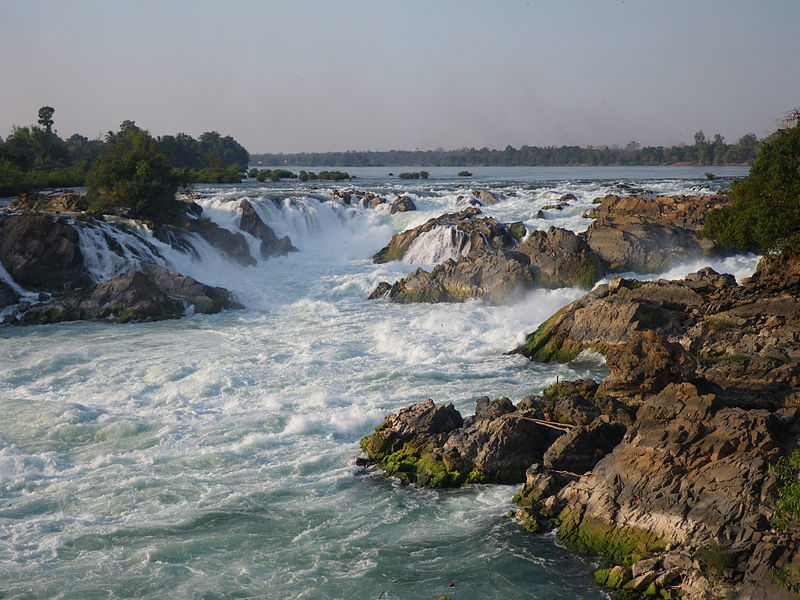 Hydropower has the potential to bridge the yawning energy gap in many emerging economies. It also has the potential to irreversible alter and degrade some of the world's largest river ecosystems. Strategic system-scale planning can help finding more trade-offs hydropower impacts and benefits and hence be a pathway towards more sustainable hydropower development.