Our study shows that while the greatest urban challenges are in the global south, our urban scholarship is dominated by the research on and by the global north.

The paper in Nature Sustainability is here: https://go.nature.com/2mldW9g

The idea of this paper began over a short cup of coffee in Stockholm in July 2017, where we were both visiting for overlapping conferences. We talked about our research on urban sustainability in China, India and other parts of Asia. Based on our experience, we felt strongly that there was insufficient attention to the global south, where the great urban challenges and opportunities are. We all know of the UN projection that 90% of all future population growth will be added to urban areas in developing countries. Does our academic attention on the global south match this scale? Most definitely not!

There are underlying structural biases that shape the lack of knowledge, or more precisely the lack of academic prominence of the knowledge on the global south – as we have both observed in international discussions on urban sustainability. We were deeply concerned about the loss to urban research, by obscuring scholarship from unique southern perspectives, and losing the capacity to guide practice in local contexts.

So, out of this quick coffee meeting, emerged the core of a paper that begged to be written urgently. We wanted our paper to be representative of issues in major regions of the global south, including Latin America and Africa in addition to Asia. We invited Eduardo Brondizio and Shuaib Lwasa to join the effort, both of whom instantly understood and shared the same observations and concerns. Harini was holding the flyer of the new journal Nature Sustainability, which she picked up at her conference - so we had a target journal as well.

Addressing the structural biases that underlie these patterns is not an easy task. We offer some possible steps to begin. Editorial boards of influential journals must seek increased representation by southern scholars. Academic institutions should seek alternatives to a northern biased citation index. Research capacity building must be premised on an equal footing between north and south.  International funding programs can play a significant role by promoting urban research in the south, as well as participation and leadership by southern scholars. We hope our paper can generate broader discussion and debate, with the ultimate goal of building a truly integrated global urban science. 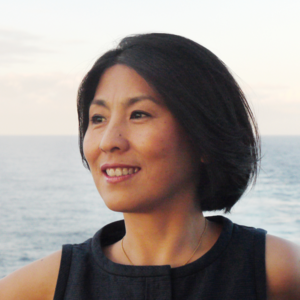 Weili Duan
over 2 years ago

I have read the paper. That is from a new angle and gives me some good ideas. I am planning to focus on the sustainable development of Central Asia. Hope can cooperate with you later. Thanks.