Hunting for a solution

A concerned hunter's desire to preserve the world's natural resources leads to asking the hard questions about poaching in marine protected areas.

The paper in Nature Sustainability is here: go.nature.com/2nGlpAJ

Growing up in northern Minnesota allowed me boundless opportunities to hunt and fish in beautiful, relatively unspoiled wilderness. During the countless hours spent on the lakes and in the forests that characterise wild Minnesota, I developed a deep sense of belonging, appreciation, and connection with the natural world. As I grew up, these feelings converted into an internalised sense of environmental stewardship, and a desire to protect these wild places for future generations to enjoy and experience. During my time outdoors, I occasionally saw hunters or fishers breaking conservation rules. Given that this was the land of “Minnesota nice” in the middle of the Midwest, I usually just approached and spoke to them about it. In other, more egregious cases, I also had access to Minnesota’s long-established and well-publicised anti-poaching hotline, Turn-In-Poachers (TIP).

Later overseas travels enlightened me to multiple hard realities. First and foremost, I was incredibly fortunate to have been privy to the bounty of wild game and wild places of Minnesota, where conservation regulations and enforcement were well supported, and where poaching was not incredibly common. Another realism is that many of the world’s natural resources are increasingly in decline and overexploited. Additionally, in the context of marine protected areas (MPAs), many “protected” areas aren’t actually protected (Kelleher et al. 1995; Mora et al. 2006; Rife et al. 2013). They lack the resources and capacity for enforcement and are therefore plagued by poaching.

This deficiency in enforcement capacity could likely be addressed if fishers voluntarily surveil, report, or enforce observed poaching. Recent years have seen increased attempts by governments and resource management agencies to bolster the latent enforcement capacity of hunters and fishers (e.g. GBRMPA 2016; Kohn 2016). However, less is known as to what people do after observing poaching.

To address this issue, we interviewed more than 2000 fishers that lived adjacent to 55 MPAs in seven countries about poaching. We asked if they had seen poaching, and whether they undertook voluntary enforcement actions. We also investigated whether these behaviours were affected by local conditions or institutional design elements such as participatory decision-making processes. We found that nearly half of the fishers we surveyed had previously observed poaching, but the most common response was to do nothing. This inaction was often due to a desire to avoid conflict. This has numerous implications for future efforts that aim to harness the latent surveillance and enforcement power of resource users.

First, it reflects the reality on the water: fishers that choose to take enforcement action do so at risk of retaliation by poachers, and in extreme instances, bodily harm. Although it often occurs away from the spotlight of international media, people die every day throughout the world in attempts to defend their environmental rights (Global Witness 2017). These risks are certainly context dependent – for instance fishers in Costa Rica related that narco-traffickers regularly operated in their areas, and often had high powered assault rifles.

Second, it highlights the need to further develop and use institutions to reduce the risk for fishers that choose to take action. We discuss how tools and institutions such as anti-poaching hotlines and crime reporting programs could be established to reduce the risks associated with reporting. These tools have been successful in other contexts, and provide numerous benefits, including increased group cohesion, better relations between enforcers and resource users, and most importantly, act as deterrents against future crimes (Bursik & Gramsick 1993; Lippert & Wilkinson 2010).

Third, to effectively engage fishers, managers will have to understand and lever the local conditions, institutions, and individual beliefs that are already in place and supporting these behaviours. Fishers who were included in decision-making and agreed with the marine protected area closures were more likely to confront or report poachers. This highlights how fair, inclusive, and equitable management practices can have impacts beyond compliance, and influence voluntary cooperative behaviour that benefits the governance of natural resources. In addition, many of the reasons that fishers gave for either confronting or reporting poachers had individualistic underpinnings (e.g. beliefs concerning individual stewardship and conservation, beliefs that poaching personally affected them, or simply that it was the right thing to do). Including these individuals in the management process and emphasizing these themes in education and outreach efforts may therefore encourage the further diffusion and uptake of these values and beliefs by other fishers.

Engaging resource users in voluntary surveillance and enforcement is by no means an easy task. Yet, the world’s natural resources are likely to continue to decline while (over)exploitation is likely to increase. When coupled with limited capacity and resources for enforcement, these conditions create contexts that ultimately encourage more non-compliant activities such as poaching and illegal fishing. The future of our world’s natural resources is going to rely more and more on resource users taking action to ensure that something is left behind for future generations to enjoy. I can only hope that those who come behind us get to enjoy the beauty of natural, wild places that led me to pursue a career in conservation.

Global Witness. Defenders of the earth: global killings of land and environmental land defenders in 2016. (2017).

The global risks of increasing reliance on bottled water 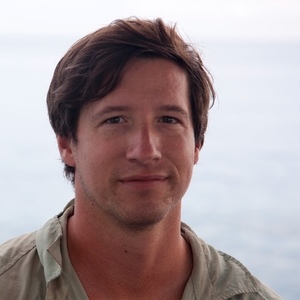