There is mounting evidence that higher-yield agriculture which produces food on a relatively small land area is better for biodiversity than low-yield farming, if the land spared is used for conservation of natural habitats. But when these findings are presented, advocates of lower-intensity methods often defend their choices by arguing that high-yield farming imposes disproportionate environmental costs such as greenhouse gas emissions or water pollution. But does it? We attempted a preliminary answer to this question in a one-year project which brought together almost 30 scientists across different agricultural sectors to gather and share gather the best available data from field trials and models of different agricultural systems.

From a long list of potential agricultural sectors and environmental impacts, we restricted ourselves to four better-documented sectors (beef in Latin America, rice in China and dairy and wheat in northern Europe) and five environmental impacts (GHG emissions, nitrogen and phosphorus pollution, water use and soil loss). To compare contrasting ways of generating the same amount of product in a given place we aimed to plot their environmental costs (eg tonnes of CO2 emitted per kg of beef) against what we termed their land cost (the total area required to grow that amount of product). This meant that for each system we needed information on impacts and yield that also accounted for any inputs brought in from elsewhere, and for comparing across systems we needed to be able to deal with differences in study areas and measurement techniques.

We used a four-day expert workshop in Cambridge, UK in March 2017 to collectively refine our questions, define the precise methods and data required, collate information that was readily available, and identify other data needs. Volunteers helped compile data before and after the meeting, and a post-doctoral researcher (RE) coordinated the analysis. We left the meeting knowing what needed to be done and spent the next few months getting the data together.

In the end we were able to get sufficient data for only 9 out of 20 possible environmental cost/land cost plots. GHG data were the easiest to find because this area is well studied and already reports emissions per unit of production. In contrast data on soil and phosphorus loss were especially scarce, and in many cases the lack of linked data on environmental impacts and yields meant we were unable to include promising agricultural systems – such as intensive silvopasture. Which leads to our first point: to properly compare the environmental costs of agriculture we need much more data on impacts per unit of production.

From the data we could assemble, however, our main conclusion is that increasing the land-use efficiency of farming in not generally more damaging in other ways.  Instead it seems that systems that use less land to produce a given amount of food quite often have lower environmental impacts. That said, high-yield production needs to be combined with measures which ensure that land not then needed for agriculture is protected - and high-intensity farming must be practised in ways which minimise the harms discussed in our paper, as well as those we did not include such as pesticide pollution and soil degradation.

Bringing together data from many different studies and fields was far from straightforward. There were divergent approaches and metrics, and inconsistencies across data sources. It took considerable effort to harmonise data and conduct a coordinated analysis across production systems and externalities. We hope the final paper provides a relatively coherent and consistent narrative – but the collection of case studies could not have been further from this! These are the joys of multi-disciplinary sustainability research. 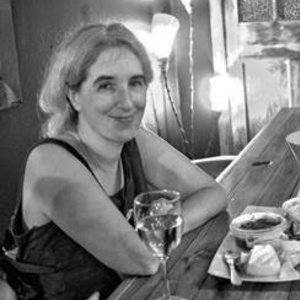 Gulab Singh Yadav
about 3 years ago

This is an interesting information