The title of our article "Building back bigger in hurricane strike zones" is an allusion to titles typical of best-practice guidance for "building back better" after disaster events. In many developed areas prone to impact by natural hazards such as coastal storms, river flooding, and wildfires, forward-looking planning requirements certainly exist. But so do puzzling deviations from such plans – deviations that place more property in harm's way, not less.

Investigating broad development trends in hurricane alleys of the US Atlantic and Gulf Coasts, we show that larger residential buildings have tended to replace smaller ones in the long period of recovery following a storm strike. We quantify a systematic pattern of "building back bigger" among renovated and new properties, indicating a tendency toward greater exposure of high-risk coastal development to future destructive storms. In previous work, set in Florida (USA), we showed that more and larger single-family homes have concentrated along reaches protected by beach nourishment (a form of defence against chronic coastal erosion). We suggested that the relationship, like "building back bigger", reflects an intensification of coastal risk – through increased, high-value property exposure – in zones known to be prone to damage from natural hazards.

Descriptions of the "building back bigger" phenomenon regularly show up in news coverage. Since Hurricane Sandy, the Washington Post has reported on the recovery of coastal housing markets across the Northeast. The New York Times has run stories about rebuilding on the Jersey Shore, describing cases in which developers and buyers were taking advantage of cheap properties on the post-storm market to merge adjacent house lots and build on a bigger residential footprint. Writing for ProPublica, journalist Andrew Revkin discussed the cost of Hurricane Harvey's impact on Houston as an example of the expensive relationship between development and disaster events. While this article was in review for Nature Sustainability, two massive hurricane systems – Hurricane Florence, which made landfall on the North Carolina Outer Banks, and Hurricane Michael, which came ashore in the middle of the Florida panhandle – battered the US Atlantic and Gulf Coasts near locations we consider in our analysis.

What kinds of measures might slow or reverse the growth trend driving "build-destroy-rebuild" cycles in the US remain to be seen. One action, as some have suggested, may be to stop allowing "variances" (exceptions) for properties built before more progressive planning measures were mandated. Another may be to radically reform the tax and insurance options available to property owners in high-risk zones. And there is mounting evidence that some coastal housing markets are beginning to respond to climate-change projections, much as some have previously theorised.

Hurricane impacts and other natural disasters have many faces, of which "building back bigger" in affluent real-estate markets is only one. We do not address the comparatively crippling effects of disasters on socially vulnerable communities – but other researchers do. The more socially vulnerable a community is, the longer the recovery from a disaster tends to take. These same communities may also become targets for – and perhaps ultimately pushed out by – speculative real-estate markets that can arise from the post-disaster wreckage, in which investors buy up ruined parcels to flip them in the subsequent recovery boom that they are betting on to follow.

Moreover, although we hypothesize that the phenomenon of "building back bigger" is a general and ubiquitous occurrence, and not limited to hurricane strike zones in the US, we are now in the process of investigating long-term redevelopment patterns in different places subject to different types of disasters. Even as we expand our scope to include larger spatial scales, we hope that our contributions may complement detailed, comparative case studies that, with synthesis, may map out pathways to building sustainably – or perhaps not at all – in risky places. 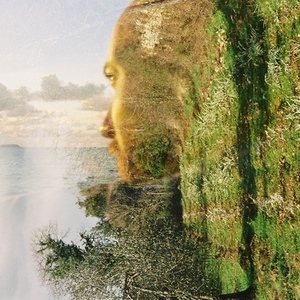