In this blog, Gavin Stewart reflects on the need for formal evidence synthesis methodologies to inform implementation of the SDGs, expanding on one of the themes to emerge from a recent co-authored paper published in Nature Sustainability.

Sustainable Development Goals are important and matter to us all

The Sustainable Development Goals (SDGs) are a United Nations initiative aimed at tackling the most important global issues. Hundreds of millions of people don’t have enough food to eat; plant and animal species are becoming extinct at unprecedented rates; women still earn less than men and have fewer rights; and the gap between rich and poor continues to grow.

The SDGs – part of a wider 2030 Agenda for Sustainable Development – build on the Millennium Development Goals (MDGs) set by the United Nations in 2000 to eradicate poverty, hunger, illiteracy and disease. In 1990 almost half the population in the developing world was living on less than $1.25 a day (the UN’s definition of the poverty line). That proportion is now down to 14% representing marked progress on poverty reduction at least partially attributable to a focus on priority areas for international development arising from the MDGs. This illustrates why we should care about the SDGs- Global goals can help to galvanize global efforts to make the world a better place.

However, the MDGs did have significant shortcomings. A United Nations Assessment showed that the poorest were often bypassed and people were disadvantaged because of gender, age, disability or ethnicity. Another major criticism, was that the targeted focus on development left out other equally important areas. These failings were taken into account during the three years of negotiations and debate that resulted in 193 countries agreeing to a set of development goals more bold and ambitious than anything that had come before them. The SDGs are a universal set of goals, targets, and indicators that focus on five overarching elements: people, planet, prosperity, peace and partnership and are made up of 17 inter-related and mutually supporting goals.

We need evidence and we need it now!

Attention is increasingly focusing on how the goals should be implemented. What types of financial support and debt relief are effective? How should the transfer of technologies and scientific know-how to developing nations be prioritised? What kind of global trading systems should be deployed to increase exports from developing nations?

Evidence is also required to inform the trade-offs that inevitably occur when multiple outcomes are desired.  There will be many co-benefits among the SDGs, where addressing one goal helps address others at the same time but there will also be trade-offs where achieving one goals occurs at the cost of another. The most extreme example of this is sustainable development itself, which is a contested construct because of trade-offs implicit between sustainability and development. Evidence regarding the strength and certainty of co-benefits and trade-offs between the SDGs is fragmentary and largely based on expert opinion or selected studies, rather than formal synthesis of scientific evidence. Development of expert based frameworks may be a necessary precursor to more formalised synthesis, but should not be a substitute because individual studies and expert opinion are ultimately proven wrong at least as often as they are right. In our paper we provide a (relatively) simple mathematical model to examine linkages that experts believe connect the SDGs. One use of our analysis, is to reflect on the current network of interlinkages between the SDGs. The lack of centrality of both peace and equality is puzzling and perhaps indicates that greater efforts are required to synthesise scientific evidence regarding co-benefits accruing from these Goals. Other surprising characteristics of the network include a lack of health co-benefits from other Goals. Resolving this structural imbalance could be important in terms of leverage. It is also noteworthy that sustainable cities are relatively poorly connected to other goals. Clearly, much work remains to fully define and ascertain how the SDGs are linked.

Even within domains, the majority of evidence about “what works”- what interventions might best achieve specified goals and targets remains incoherent, more likely to be informed by expert opinion, traditional review or a specifically selected single study than a well conducted evidence synthesis such as those produced by Cochrane or the Campbell collaboration. High quality evidence synthesis is urgently required to inform policy, practice and the research agenda around the SDGs.

Goal 17 of the SDGs seeks to strengthen the means of implementation and revitalize global partnerships for sustainable development. Strong roles for science policy interaction are envisaged and currently being enacted. The evidence synthesis community needs to engage fully in this process. A structured program of systematic reviews, meta-analyses and decision models are needed to facilitate an evidence-based revolution with transformative potential. Failure to engage would be reflected in unnecessary incoherence inhibiting attempts to implement the SDGs whilst retaining the vision of an indivisible and mutually supporting agenda. That would be a huge shame. 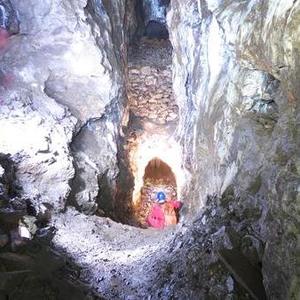