Achieving the Sustainable Development Goals requires examining the impacts of health interventions across multiple sectors and identifying regions where health-development-environment conflicts are most likely. Doing this is important for ending the epidemic of malaria by 2030 while also achieving other SDGs.
Christopher Trisos
Fellow, African Climate and Development Initiative; National Socio-Environmental Synthesis Center (SESYNC)
Follow

Achieving the Sustainable Development Goals requires examining the impacts of health interventions across multiple sectors and identifying regions where health–development–environment conflicts are most likely. Doing this is important for ending the epidemic of malaria by 2030 alongside achieving ot…

I was home in South Africa in 2016 when a friend arrived for dinner, happy to have avoided mosquito bites on a recent trip to Zambia but angry to have seen the same insecticide-treated bed nets they slept under being used to catch small fish. In 2017, there were an estimated 219 million cases of malaria in 90 countries, with 435,000 deaths, 93% of them in Africa. Insecticide-treated bed nets are estimated to have averted 450 million malaria cases in Africa between 2000 and 2015. More than 1.2 billion bed nets have been distributed in Africa since 2000­, and an even greater flow of nets will be needed to achieve the World Health Organization’s goal of reducing malaria incidence by 90% by 2030. Our recent paper "Mosquito net fishing exemplifies conflict among Sustainable Development Goals" (https://rdcu.be/bf56f) is a call for addressing potential conflicts among Sustainable Development Goals (SDGs) for health, food security and environment generated by the use of bed nets for fishing.

As suggested by my dinner guest, all of these bed nets are not without controversy. As I would find out when mentioning mosquito net fishing at conferences, deeply conflicting views on the subject are not new and it is a lightning-rod topic at the intersection of health, development, and conservation. For instance, some people I spoke to stated the impact on fisheries was completely overblown by the media and any discussion of it placed a highly effective health intervention at risk. Yet many others argued passionately that mosquito net fishing was decimating local fish stocks and placing biodiversity and food security at risk, especially in freshwater ecosystems. There has been no effective investigation of the issue of mosquito net fishing by a global consortium of health or environmental groups, perhaps due to the sharp responses the topic often elicits.

In the age of interlinked SDGs, conflict among goals (and especially the interventions we hope will achieve them) may be increasingly common. SDG-oriented action plans typically emphasize "win-win" solutions among goals, yet a 2017 assessment concluded that as many as 20% of interactions among SDGs are potentially negative. Achieving a range of SDGs therefore requires assessing both upsides and downsides of proposed projects in light of interlinked goals. In particular, we must be willing to re-examine existing interventions for unforeseen trade-offs.

But reconciling conflicts among goals is hard to do without an initial assessment of the potential scale and scope of the problem. Given the prevalence of emotionally charged arguments backed by scarce information, we assembled a team to map the potential for SDG conflicts across conservation, health, and food security in Africa due to mosquito net fishing. High fish harvest and bed net supply coincide in numerous regions. This broad overlap of dependence on inland fisheries for subsistence with bed net distribution for malaria control suggests that SDG conflicts arising from mosquito net fishing are potentially widespread.

A key aim of the map we produced is to act as a boundary object between environmental, health and development sectors, facilitating a more open discussion of the potential impacts of mosquito net fishing, as well as helping to identify potential solutions. In this vein, the first step to reconciling SDG conflicts is being able to develop and sustain new research and action networks across multiple sectors so that potential problems can be discussed and understood. We note that our map does not identify locations where there is mosquito net fishing, but rather where there is high potential for this activity.

Because the burden of implementing a solution may fall largely to a single sector, we must avoid reintroducing the siloed sectoral thinking that drives SDG conflicts in the first place. Reconciling SDGs requires avoiding the temptation to allow proponents of one SDG to externalize the costs of their preferred strategy. This is an especially difficult task when an intervention is already demonstrably successful for a particular SDG. In response, the increasing adoption of nexus approaches (e.g., food-energy-water nexus) that simultaneously examines interactions across multiple sectors is welcome. But applying this approach to development projects can often be time consuming and costly. Pathways to success, however, must be evaluated across SDGs. And when this is done, interventions that seem costly at first may have multiple co-benefits across sectors. For instance, improved housing increases malaria protection, as well as protecting against weather extremes and reducing indoor air pollution, thereby helping achieve other pressing health and energy goals. Ultimately, cross-sectoral problems cannot be resolved by single-sector approaches; we must be willing to break with tradition to re-examine accepted interventions in light of interlinkages among SDGs.

Now I’d say to my dinner guest that proponents of particular SDGs can better achieve all aims by identifying and then being open about tradeoffs. Achieving the Sustainable Development Goals requires examining the impacts of health interventions across multiple sectors and identifying regions where health-development-environment conflicts are most likely. 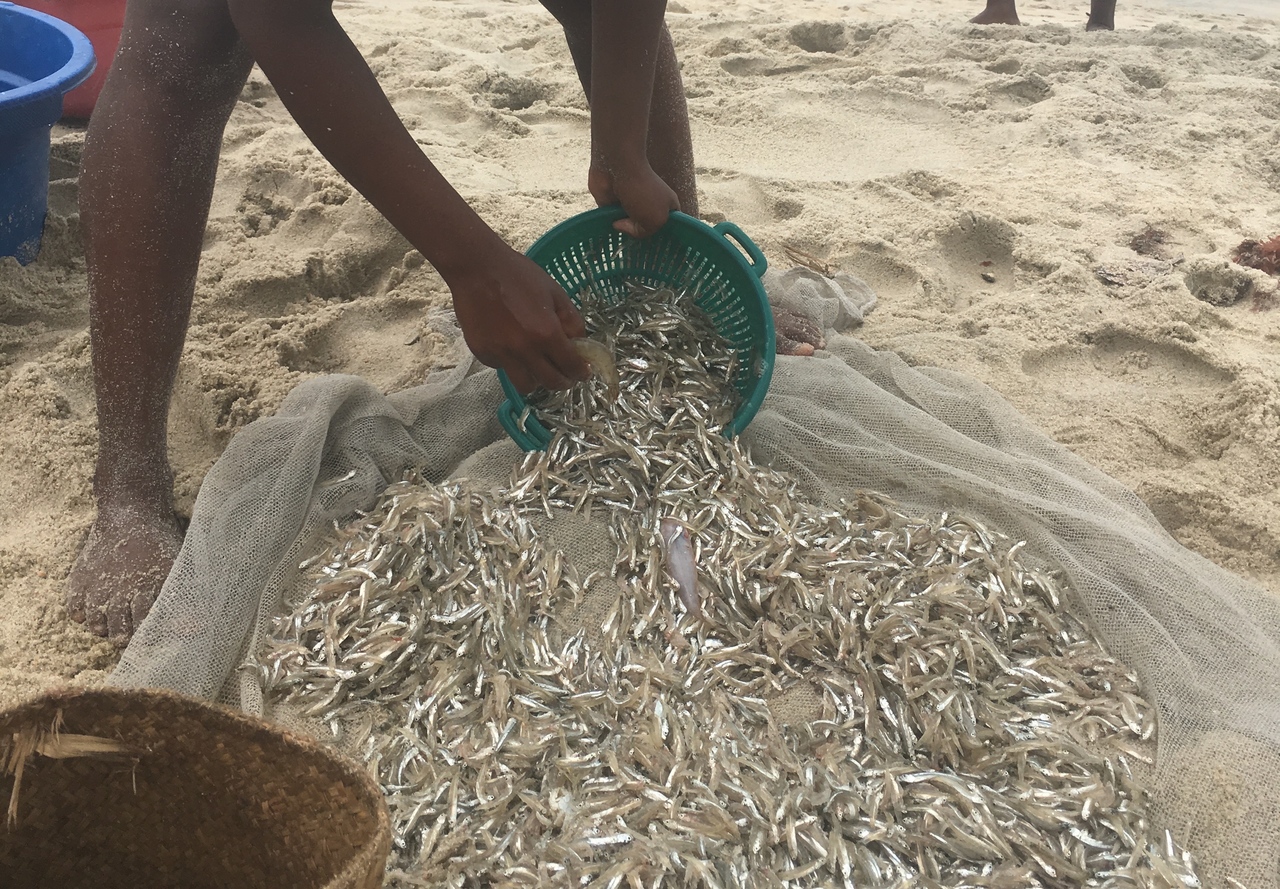 Achieving the Sustainable Development Goals requires examining the impacts of health interventions across multiple sectors and identifying regions where health-development-environment conflicts are most likely. Doing this is important for ending the epidemic of malaria by 2030 while also achieving other SDGs.