Many studies have demonstrated that our ecosystems are sensitive and fragile, have thresholds beyond which they change quite drastically, and may flip into a new state from which it is very difficult or impossible to return.
Thomas Sterner
Professor, University of Gothenburg
Follow
Like Liked by Gao Jianguo and 4 others
1

Transgressing planetary boundaries has generated global, ongoing and interconnected problems that represent a real challenge to policy makers. This Perspective sheds light on the complexities of designing policies that can keep human life within the biophysical limits of planet Earth.

Many studies have demonstrated that our ecosystems are sensitive and fragile, have thresholds beyond which they change quite drastically, and may flip into a new state from which it is very difficult or impossible to return.

The Anthropocene is an age when we humans, ourselves are, the main force determining vital parameters on Earth. A group of Earth System scientists suggest that there should be “bounds” on human activities that threaten these parameters, which they call “planetary boundaries”.

Although there are a number of scientific debates concerning the identification and specification of Planetary Boundaries, they are not the subject of this particular article. Instead, we have accepted the overwhelming scientific consensus that the World does in fact face many large environmental challenges at scales that range from the local to the global and that there may effectively be both boundaries and thresholds beyond which there is irreversible and serious damage to vital Earth systems. Given this scientific consensus, the key question then becomes what kind of Anthropocene does humankind choose? One that leads to decreasing areas of ecosystems untouched by human hand, less scenic beauty, less diversity, and perhaps greater risk of irrevocable disruption to Earth systems, or one where the scale and impact of human activity is confined so that global and local environmental risks are kept small?

The idea for this paper was to gather a really broad group of experts to discuss the design of policies to deal with this type of challenge. To really learn something new, I gathered a large and diverse group. The bulk of authors are social scientists, with the majority comprising environmental economists who specialize in various aspects of policy design. But we also include other economists, social scientists and environmental scientists from a range of fields. The latter include experts who have contributed to the planetary boundaries literature as well as climate scientists or ecologists who have not been part of that literature.

I hoped for diversity when I assembled the group, and my prayers were more than amply answered. We met at a two day conference and then spent a good year and a half arguing about every idea. Much of the argument was based on fundamental differences in scientific language.

Sometimes we ourselves questioned: If it is so difficult to solve one issue like climate change why address several big issues at the same time? But it is necessary. There would be little point in only solving one problem if we face several that all must be solved.

We are trying to open up a new field of study: We find that the issues are connected in ways that open up for some general solutions. Drastically reducing the use of fossil fuels can for instance solve or ameliorate conditions for a number of different areas.

We also find that there are some common causes that help explain the apparent puzzle that our lifestyles imply progress when it comes to local environment (air and water) and such issues as life expectancy on the one hand but then we appear to be creating more large scale planetary threats on the other hand. One reason is externality shifting: When we wash our hands or our homes we clean the local environment but the pollution is not really abated – it is just moved to the lakes, oceans or atmosphere. We solve local problems but create global ones: Instead of a local stench we might get eutrophic lakes. Instead of local smog we might get climate change.

Finally we find that despite the complexity of the task, a number of well-known policy instruments do exist. The challenge, thus, is not to invent entirely new approaches, but to select and design appropriate policies (like carbon taxes) given specific scientific, societal, and political contexts that sometimes include impressive opposition from vested interests.

Thomas Sterner
(Thanks to Ed Barbier for comments and Francisco Alpizar for photo suggestion). 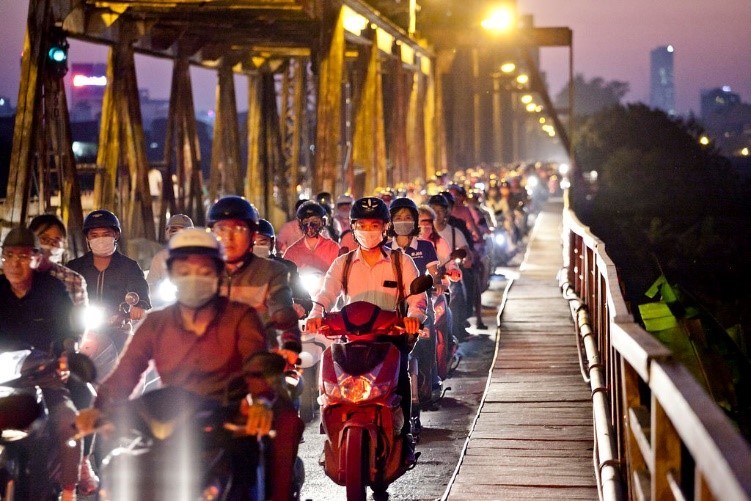 Many studies have demonstrated that our ecosystems are sensitive and fragile, have thresholds beyond which they change quite drastically, and may flip into a new state from which it is very difficult or impossible to return.