The way to achieve equitable prosperity within planetary boundaries differs depending on the income level of countries. In rich countries, we are on the wrong track. Concentrating on reducing inequalities will likely help us out of this problem.

I have been hooked on the idea of sustainability since the Rio Declaration of 1992. At the time I was a young activist working with an NGO trying to get France to sign an agreement to create with Monaco and Italy what is now the Pelagos Sanctuary. At 18, coming from a modest background, I was a bit uneasy with the conservation movement. Our use of nature had been going in a wrong direction for some time, but I could not see how fencing people away from nature was going to redress that. To me, we needed instead to find ways for people to find their place as one of the many agents of nature.

Here came Principle 1 of the Rio Declaration: “Human beings are at the centre of concerns for sustainable development. They are entitled to a healthy and productive life in harmony with nature.” I still think it is the only solution. Many of you will know the rest of the story. Implementing the Rio Declaration proved difficult. In the early 2000s we decided to prioritise some goals to address the many wicked problems emerging when tackling sustainability. I think we learned a lot from the 10 years of working towards the Millennium Development Goals (MDGs) despite their mixed success. What I learned is that sustainability is an emergent property of the complex adaptive system which is defined by global social, economic, and ecological interactions.

This is important because at the same time a revolution was taking place in sciences: the emergence of a new way to look at networks; network science.  These new insights really helped to gain a new perspective on the way complex adaptive systems work across domains.

The new iteration of ‘sustainability prioritisation’ came in 2015. I find that the Sustainable Development Goals (SDGs) identified in more details the key “levers” available to achieve sustainability not just for low income countries, but for all. From their inception, there was a clear understanding that the SDGs interact but the whole picture of those interactions was murky. It looked like some conflicts emerged in some instances and not in others. It felt natural to take a network science approach to study the whole of the SDG interactions, what we called the sustainome (find out more in the article published in Nature Sustainability), to gain perspective on the best ways for sustainability to emerge. Using this approach, we were able to move beyond pairwise conflicts and understand how to prioritise goals to maximise benefits for all SDGs. Focussing on poverty alleviation in low income countries will really bring added value to all SDGs. Focussing on reducing inequalities in high income countries will do the same.

The sustainomes of countries from low- and high- World Bank income groups. The goals that have been associated over the past 27 years are linked by a red line if their progress conflicts or a blue line if they are compatible (see the study for more details). Credits (icons): United Nations (SDG).

It also tells us that our approach to sustainability for low-income countries is on track to deliver on all SDGs. It is not the case for high-income countries. I personally think that it is because for too long sustainability has been reduced to sustainable development and we have not paid enough attention to the specificities of SDG conflicts in high income countries. We will not be able to achieve all SDGs in high income countries using the approaches we have used over the past 25 years. Particularly climate actions (SDG13) and responsible consumption (SDG12) conflict with our ability to reduce inequalities (SDG10). The crucial part is that these conflicts emerge indirectly from the goal interactions, those particular goals do not directly conflict (see the sustainome figures above).

Trying to make progress on climate action (SDG13) and responsible consumption (SDG12) in the way we have tried so far is generating conflicts with the other goals. There is particularly indirect tensions between those goals and our ability to reduce inequalities. We need to place inequalities at the core of our actions to reduce consumption and change our climate impacts.

We need a new sustainability deal. A deal which ensures that all have the same opportunities during our transition to low carbon, responsible consumption economies. 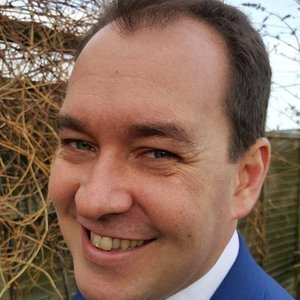 I aim to understand how individuals make decisions when uncertain and what the consequences of those decisions are for their health, social life, and demographic contributions. I apply this work to find sustainable solutions to wildlife exploitation.
Follow

I would say, you cannot claim that reducing inequalities (SDG10) is a cause and its dependent SDGs are effects. As I understand your methods, you compute dependencies between the SDGs. Although SDG10 is central for high-income countries, it does not mean that improving it has effects on other SDGs, because you have an undirected graph: https://www.nature.com/articles/s41598-019-43033-9

In your network for high-income countries, SDG10 is central, but this could also mean that it is a side-effect of improvements in its dependent SDGs.

Hi Felix, as you know we have been extremely explicit about the fact that we are looking at associations and not causality. Indeed, we point to other inferential framework which are likely to be more fruitful to talk about causal links between sdgs after a few methodological developments (p.245, last paragraph).

With this in mind, what we have here is a measure of associations, if we look at the observations from the past 25 years, when we 'push' to progress SDG10, we tend to have 'more returns' for the other SDGs, except climate action. The statement on SDG10 is not only based on the topological analysis but primarily based on the simulations (Figure 3c) based on the matrix projection with an annual positive 'nudge' for each particular sdg. this encapsulates direct and 'indirect' effects of sdg10 which eigenvector centrality of sdg10 captures.

We cannot make predictions about what would happen if we change the way we tackle climate action by placing sdg10 to its heart (e.g., ala 'Green New Deal'), but at the moment this seems to be the most sensible thing to try.

Unfortunately, we are running out of time, I see 2030 as a 'hard deadline' by which if we have not manage to substantially address the sdgs, we will tip in an alternative path for our planetary socioecological system; so here is an hypothesis (placing SDG10 at the core of our policies in high-income countries) that I'd like to see challenged and tested rapidly.

when you talk about 'push' and 'returns', you assume a direction and this direction goes from SDG10 to many others. In my opinion, this is equivalent to assuming a causal dependence with SDG10 as the cause and many other SDGs as the effect.

In the Methods, you write about perturbations and reactivity. This in exactly the same as an intervention and its observed effects, respectively. One can conduct interventions and observe their changes as soon as one knows that associations are causal, but not when they are correlations only.

So, one can define networks with the width of edges according to correlations and compute a centrality measure, but no simulations with interventions can be run with them. For that, we need causal directions.