Antarctica is well known for its wildlife and as a frozen continent of wilderness that is difficult to access, but the human presence is often poorly understood. Our new study reveals the footprint of buildings and disturbance to ice-free ground across the continent, with many implications for conservation and protection of environmental values.

Antarctica is nearly twice the size of Australia, however the areas not covered by ice that provide most habitat for terrestrial species are relatively rare, making up less than half a percent of the continent. These ice-free ‘oases’ are the key nesting grounds for most penguins and flying birds, haul-out areas for seals, and the essential habitat for Antarctica’s mosses, liverworts, lichens, two vascular plants, and the microfauna living above and below the surface. But it is these small important areas where we also focus the bulk of our activities. Most research stations are located within the ice-free areas, particularly along the coast, as they are the most accessible, practical places to build and operate from, as well as providing immediate access to many features of scientific interest. For similar reasons, these areas are also the focus of most tourism landings. But how much of these small but significant areas are impacted by the footprint of human activities?

This is a question that has now been asked for two and a half decades, but has been difficult to answer due to the large size of the continent and the problematic task of gathering data from the 30+ nations active in Antarctica. Simultaneously, there has been an ongoing discussion that national Antarctic programs need to be aware of, and monitor, the impacts they create to meet their obligations under the Protocol on Environmental to the Antarctic Treaty. Such monitoring programs have been conducted at a few locations, but there has been no consistent approach across the whole continent.

To address the need for consistency we first established a standardised approach to measuring the immediate footprint of the area of a station. Although tested on a research station (the most pronounced sites of human impacts), this approach could be equally applied to any infrastructure including tourism. After several years, though, it became clear with the amount of nations active in Antarctica, that we would be waiting a long time for each country to adopt this approach and provide the necessary data for each of their stations. During this time, conveniently, the quality and availability of satellite imagery progressed to a resolution that would enable GIS mapping of buildings and ice-free ground disturbance to be undertaken with a high degree of accuracy. So here we saw an opportunity to map the continent-wide footprint independently.

As you will see from our paper, in addition to identifying infrastructure and quantifying the majority of disturbance to the entire continent, there is now a wide range of analyses which are possible with this data becoming available for the first time. We expect this will become increasingly relevant as related datasets are refined to a similar resolution. Our vision is for this publicly accessible dataset to be maintained and improved with increasing satellite resolution, ground truthing, and capturing new developments that occur, to complement the existing suite of continent-wide information.

Read the full paper, "Our footprint on Antarctica competes with nature for rare ice-free land" in Nature Sustainability at https://www.nature.com/articles/s41893-019-0237-y

The cover photo is an Adélie penguin admiring its egg at a rookery on Shirley Island nearby Casey Station. Credit: S. Brooks 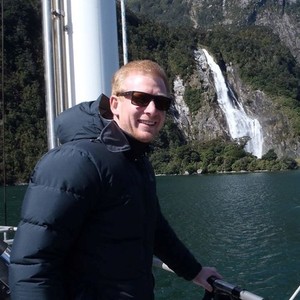