Female Representation in Economics, from data to action.

By Christina Jenq and Rodrigo Zeidan

Change is coming to Economics through a growing awareness of the stark under-representation of women at all levels of the discipline. Taking cues from recent empirical research and the #metoo movement, the recent 2019 meetings of the largest general interest conference of economists in the world featured an unprecedented number of papers and panel sessions on the topic of gender discrimination in the profession. More broadly, one session addressed “Gender in the Economics Profession”  and female heavyweights in the profession called attention to the issue by asking in their spotlighted panel, “How Can Economics Solve Its Gender Problem?”

Change, yes. But only after almost half a century. In 1972 and 1973, the Committee on the Status of Women in the Economics Profession found that women accounted for only 2% of full professors and 9% of assistant professors. Some progress followed, for 20 years later the number had tripled. But since then progress has stalled, with women representing just 30% of all PhD students, a share barely higher than in 1993 (28%). Currently, however, a wave of new data-driven studies, by revealing the ways in which the discipline is far from giving equal opportunities to different genders, is shaking the profession.

Barriers include the discounting of female co-authorship during promotion reviews and the higher standards for women during the publication process. Sarsons (2017) finds that men are tenured at roughly the same rate regardless of whether they coauthor or solo-author in Economics. In contrast, women become less likely to receive tenure the more they co-author. Sarsons also notes that Economics is a field in which uncertainty exists about authors’ relative contribution due to its convention of listing authors alphabetically, not by relative contribution. This is in contrast to the field of Sociology, among others, where authors on published papers are listed in order of contribution, and no gender differences exist in co-authorship credit. Moreover, Hengel (2017), using readability scores of draft and published manuscripts in Economics, finds that female-authored papers are significantly better written than equivalent papers by men, and that this gap in readability doubles among published articles, a sign that women face higher standards in getting their articles published. Another recent study finds that the well-meaning adoption of gender-neutral tenure clock-stopping policies at the initial institution of each group actually reduced female tenure rates while increasing male tenure rates.

Yet there is some good news. Evidence is growing that certain interventions and institutional practices can be put in place to improve gender outcomes.  A formal mentoring program run by a committee in the Economics discipline found that three years after the intervention, program participants were 20 percentage points more likely to have a top-tier publication and had two more publications than controls. Interventions like these could help the growing relative under-representation among females in Economics Ph.D. programs. There are also many institutional interventions that can be implemented. A recent paper finds that “departments with better outcomes for women also hire more women faculty, facilitate advisor-student contact, provide collegial research seminars, and are notable for senior faculty with awareness of gender issues”. We believe that systematically highlighting this research and asking senior academics, both men and women, to be more aware about these issues can make a difference.

And this is perhaps the tip of the iceberg – a public letter written to the Economics profession by Economics Ph.D. students in top programs in response to a highly-publicized resignation of a famous economist accused of creating an unsafe work environment highlights the generally emotionally unsafe culture of Economics departments.

As with any complex problem there is no simple solution, but the profession has been taking some steps to address the wider institutional culture of the profession. Likely in response to the factors mentioned above, in April 2018 the American Economics Association released a professional code of conduct and formed a new standing Committee on Equity, Diversity, and Professional Conduct.  While gender is our current focus here, we emphasize that institutional practices that are more inclusive of gender would also likely benefit people other under-represented groups in the various scientific and social scientific disciplines. While it is unfortunate that progress has taken this long, we celebrate the growing awareness of the ways in which formal and informal institutional practices disproportionately hurt women and other under-represented groups. What is at stake here is more than equality for equality’s sake-- Economists bring their worldviews into their theoretical models and empirical hypotheses, and to the extent that female economists and economists from under-represented groups have significantly different worldviews relative to the views of the majority group, increasing representation of females and those from other under-represented groups will only make the field more robust and complete in its research and teaching. 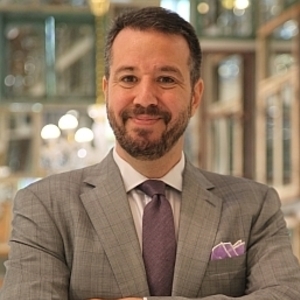 I am Associate Professor of Practice of Business and Finance at New York University Shanghai, Affiliate Professor at Fundação Dom Cabral, Brazil and Senior Scholar at the Center for Sustainable Business, NYU Stern. You can find more about my research, teaching and consulting at: http://rzeidan.com.
Follow

Yongguang Zhu
Springer Nature Sustainability Community
We use cookies to help improve your experience. By continuing to browse our website you are consenting to our use of cookies.
Learn more