#By Lilia Couto, Priscila Carvalho, and Raimund Bleischwitz # On January 25, 2019, an iron ore mining dam collapsed in Brumadinho, Brazil. It was probably the worst mining dam incident in the last three decades, according to the UN. Our article explains the corporate responsibility and the context and comes up with recommendations.
Raimund Bleischwitz
Scientific Director, Professor Dr, Leibniz Centre for Tropical Marine Research (ZMT)
Follow
Like Be the first to like this
0

On January 25, 2019, an iron ore mining dam collapsed in Brumadinho, Brazil. The accident was probably the worst mining dam incident in the last three decades, according to the UN. So far, 203 [...]

On January 25, 2019, an iron ore mining dam collapsed in Brumadinho, Brazil. It was probably the worst mining dam incident in the last three decades, according to the UN. So far, 206 people have been found dead and 102 are still missing, buried underneath the wave of almost 13 million cubic meters of mining waste. At least 305 kilometers of the Paraopeba river are now covered in toxic mud. Vale SA, the company that built the dam, is the world’s largest iron ore producer.

The dam collapse itself would be enough of a tragedy on its own, had it been a surprise. But it wasn’t. A little more than three years before, another massive dam disaster occurred 100 miles from Brumadinho, in the same Brazilian state of Minas Gerais. Mariana Dam collapse left more than 30 municipalities without any access to clean water for months. From the standpoint of biodiversity, more than 400 species may have been endangered. The broken dam belonged to Samarco. The same Vale SA company involved in the Brumadinho collapse owned half Samarco’s shares.

On March 1, federal and state prosecutors and police jointly recommended that Vale’s CEO Fabio Schvartsman be removed from office along with 13 other staff members. These public authorities were clear they could resort to more severe measures in the courts. Schvartsman and another three directors requested their temporary termination.

Vale SA practices are clearly not safe. It uses upstream tailing dams, a technology widely known to be unsafe, to ensure low costs and outstanding financial performance in exchange for poor risk management. Neighbouring countries, Peru and Chile, forbid upstream tailing dams. Yet 87 other dams in Brazil still rely on this technology. Of them, 43 are classified as having high potential for related damage.

However, Vale’s risk managers did not take such potential damage into account. Instead, they defined risk as the probability of a dam collapse. Companies must consider, among the main risk factors, how likely their emergency plan would protect lives. Vale’s emergency plan clearly failed. Brumadinho dam’s alarm siren drowned before it went off. And administrative offices were the first to be hit by the mud.  This poor risk management strategy resulted in a 25% loss of market value, and in a lawsuit from a group of American shareholders against Vale SA for its lack of transparency.

Flawed self-monitoring via external consultants and high state inefficiency in conducting official monitoring jeopardised transparency even further. Despite the lack of real-time monitoring data and inconsistencies in pressure readings, the state sealed Vale’s reports and Brazil’s National Mining Agency classified the Brumadinho dam as “low risk.” Current investigations have identified a conflict of interest between Vale and the external safety auditor it hired. Evidence shows that Vale’s pressure and threats resulted in a lax approach to safety requirements.     Self-governance practices under Vale’s Renova Foundation, created to mitigate losses and damages resulting from the disaster in Mariana, are also weak. With financial reparations and compensatory activities fully managed by the company, little has been done so far and hundreds of families still are waiting for housing.

The National Mining Agency finally determined on January 18 that all 87 upstream tailing dams had to be decommissioned until 2021. However, the city of Nova Lima, in the same state of Minas Gerais, saw more than 200 people leave their houses in February due to a dam collapse alert. Vale SA is responsible for the safety of these people and must find homes for them. With a net profit of US$5.5 billion in 2017, the company should have enough financial resources to do this.

Vale clearly violated the constitutional polluter-pays principle. The civil responsibility should involve indemnifications and environmental remediation costs aimed at recovering all possible damages and losses. To be effective, damage response costs should therefore be high enough to increase the company’s perception of risk, creating an incentive not to take such high operational risks.

A weak legal framework hinders not only risk assessment and monitoring, but also the execution of sanctions. Not only are the amounts stipulated for damage recovery low, payments aren’t being made. In the case of Mariana, for example, Samarco suspended payments through discussions in court.

The new government, under Jair Bolsonaro’s presidency, may pose even more risks to mining operation safety and enforcing the polluter-pays principle. While Samarco has not yet paid a penny of the national environmental body fines, the president and his administration propose simplified and self-assessed environmental licensing and insist that the environmental body is a “fining industry.”

Still, one of the region’s main concerns is to sustain mining as its major economic activity . But further responses to society are necessary. The state can start by implementing a much stricter approach to monitoring and supervising mining dams, so that those companies that repeatedly break the rules ultimately lose their mine concessions. Public officials could then ensure that the respective area is available to other companies that take a safer approach to risk management.

Brazil recently took a first step to making the polluter pay when its Senate passed a bill to tighten dam safety. We believe that three main actions are still needed. First, ensure compliance with the decommissioning of all upstream tailing dams by 2021, with immediate action based on rapid assessments and a better risk management strategy for the phase-out time. Second, Mariana fine payments must be expedited, with at least half of the fines being spent in 2019 and modelling the expected Brumadinho payments accordingly. Third, mine operators shoud assume full liability for rehabilitating affected areas and responsibility for investing in sustainable mining.

Strong constitutional principles in Brazil and pressure from international shareholders, and downstream industries, such as steel, automotive, construction as well as from civil society groups, should make dams safer.

Lilia Couto is an environmental economist and a doctoral researcher at University College London.

Priscila Carvalho is a PhD researcher at the UCL Energy Energy Institute.

Raimund Bleischwitz is Chair in Sustainable Global Resources and Director of the Bartlett School of Environment, Energy and Resources at University College London.

Raimund Bleischwitz is Scientific Director of the Leibniz Centre for Tropical Marine Research (ZMT), Bremen, Germany. He has been Chair in Sustainable Global Resources at University College London (UCL) and Director of the UCL Bartlett School of Environment, Energy and Resources (UCL BSEER) till the end of 2021. Raimund has a PhD and a ‘Habilitation’ in economics and more than 300 publications, most recently the Routledge Handbook of the Resource Nexus.

Is the ‘Nexus’ a buzzword? No, it builds links in science and life 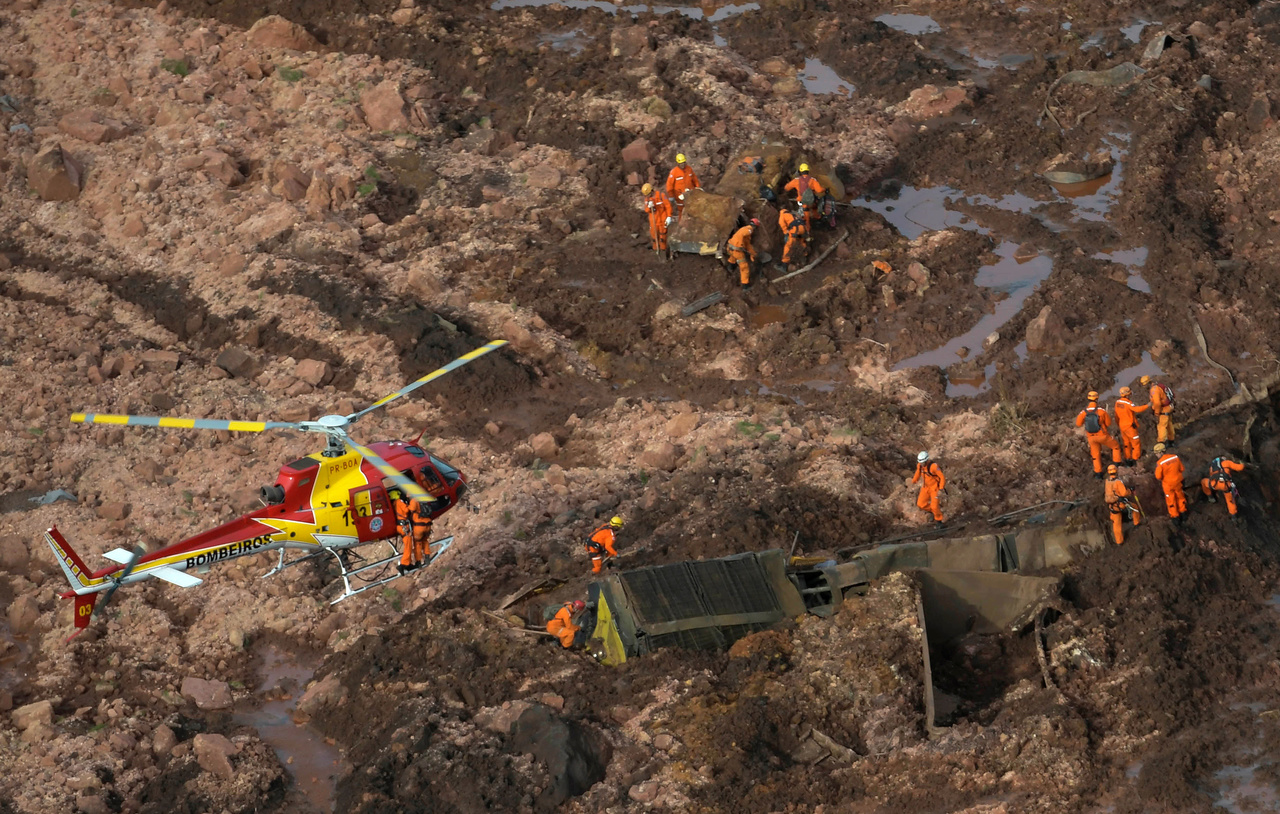 #By Lilia Couto, Priscila Carvalho, and Raimund Bleischwitz # On January 25, 2019, an iron ore mining dam collapsed in Brumadinho, Brazil. It was probably the worst mining dam incident in the last three decades, according to the UN. Our article explains the corporate responsibility and the context and comes up with recommendations.