Globally, about 70% of freshwater is used for agriculture. While certain changes in food consumption patterns could lead to a reduction in associated water demand, the prevalence of micro-nutrient deficiencies in the population might increase.

„Producing 1 kg of beef requires 15,000 l of water, while producing 1 kg of wheat requires 1,500 l.“. Over the past years these numbers have been floating around newspapers, blogs as well as scientific publications. For me the question that arose immediately upon reading this statement was why would one compare beef - a food relatively rich in essential vitamins and minerals - to a food that shows one of the lowest nutrient densities: wheat? At first glance these foods do not seem to be nutritionally interchangeable, hence assuming shifts in consumption patterns could potentially lead to nutritional inadequacies of diets. So are there better approaches to comparing the demand of water needed to produce different types of food?

Water use data for food products are pretty easy to find. Using the Water Footprint Data Network for our analysis, it quickly became clear that most of the water used for producing any ruminant product stems from rainwater. In the case of beef this amounts to 96%. Most of this rain is falling on grazing lands, which means that this water, unless captured and transported, could not be used for crop production alternatively. Only considering current irrigation and drinking water needs, however, still shows that when compared to 1 kg wheat producing 1 kg of beef requires double the amount of water.

Though the question of nutritional interchangeability remains. More recent research provides evidence that cholesterol and saturated fat, nutrients many people today are still concerned about when consuming red meat, do not appear to be harmful when eaten in amounts that are typically found in current diets. Not worrying about any potentially harmful food components (one could probably argue similarly against refined cereals), we instead focused on micro-nutrient contents of different foods. Beef provides as least as much iron and double the amount of zinc as whole wheat, while also being an important source of vitamin B12, a nutrient that cannot be found in plant foods. All of these are critical nutrients of which many people around the world do not get enough of through diet alone. However, investing 1 liter of water into either food still shows a superior total micro-nutrient output for wheat when only the muscle meat part of the animal is considered. Including edible organ meats would result in an overall comparable total micro-nutrient output per liter for both foods.

While we included all major food groups in our analysis and went into much more detail on both micro-nutrients and protein in our analysis, we were able to answer two main questions: 1) Does it make sense to replace beef with wheat from a nutritional perspective? No, not really. 2) Does it, however, make sense from a water-use perspective? Again no, not really. Other than in some (semi-)arid regions such as central Asia, we did not find that a general shift away from animal-source towards plant foods would result in a reduction in the use of utilizable freshwater resources in agriculture when aiming at nutritional interchangeability of different dietary patterns. 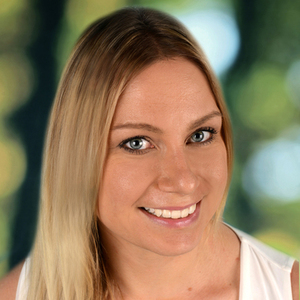