Buying organic food is now common for more and more people over the world. However, the role that organic farming could play in feeding the planet is still a hot topic, namely due to the possible lower productivity of organic farming practices. Our study explores the outcomes of a scenario of drastic expansion of organic farming over global croplands. In particular, we underline the many implications that the changes in crop rotations associated organic farming expansion would have for the food basket delivered to consumers.

Imagine waking up tomorrow morning: you open the door of your fridge and the shutter of your sideboard, and you realise you forgot to buy groceries for the week. I am sure you would then decide to take your bike and go to your favourite grocery store to buy some food for the week. While entering, you discover that – behold! - overnight, all farmers around the world have decided to go organic! What will you find on the shelves of the grocery store, and in which quantity? Well, this depends mostly on two things. Firstly, what would an organic farmer preferably grow compared to a conventional one? Secondly, what would the organic crops yield be compared to the conventional (i.e. non-organic) one? The answers to these questions certainly have dramatic consequences on the food basket you would normally find at the grocery store. As you can see, it is not an easy question to answer!

Indeed, organic farmers do not necessarily grow the same types of crops as the conventional farmers, mainly due to the ban of synthetic pesticides and fertilisers. In order to face such ban, organic farmers resort to more complex, diversified and longer crop rotations. Such diversification practices are well known and are essential to support sustainable organic farming systems. But when generalised all over the world, it was not clear how these different sets of crops grown would influence the food basket available for consumers like you. In addition, it is known that many crops cultivated under organic farming achieve lower yields than those cultivated in conventional farming. Yet, this rule of the thumb depends very much on the type of crops considered and on the geographical region where those crops are produced. Overall, the composition and abundance of the organic products you will find at the grocery store will depend on the combined effect of such occurrences.

The idea of investigating the consequences of the changes in crop rotations resulting from a sudden conversion of global croplands to organic farming came up in a sunny spring afternoon at INRA (the French National Institute for Agricultural Research) in Bordeaux (France), in 2017. We (Pietro, Thomas and Verena) were discussing the perspective of a broader project aiming at simulating the productivity of organic farming at the global scale. While discussing, we realised that nobody had estimated the consequences that changes in crop rotations could have for global food delivery yet. Although organic practices are known to differ from conventional ones, we had no clue about the consequences that cultivating different crops have on global agricultural land use. We thus decided of a simple thought experiment based on a spatially explicit (i.e. using geographical maps) conversion of current croplands to organic farming by imposing ad hoc organic crop rotations. Then, we estimated global food production by using data of the specific yield of organic crops.

As you will see from our paper, today at the grocery store you will need to buy less food. In an organic world, global food production would decrease by about 25%. In addition, you will have to get much more energy and proteins from grain pulses, such as peas and beans, as well as from cereals that you are less familiar with such as barley, oat, or rye. On the contrary, you will not be able to buy as much wheat, rice or maize-based products (roughly half of what you are currently used to), as well as other crop products like starchy roots (i.e. potatoes). Overall, the impact on consumers’ habits due to these changes in the available food basket is much stronger than the overall decrease in total food production. This means that, in an hypothetical organic world, we should all change the way we cook and eat food.

Read the full paper, "Changes in crop rotations would impact food production in an organically farmed world" in Nature Sustainability at https://www.nature.com/articles/s41893-019-0259-5 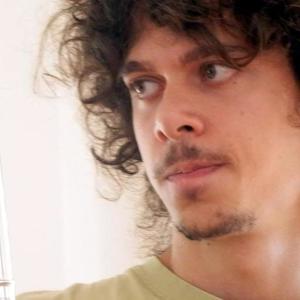