Earth Day will celebrate its 50th anniversary next year. It shares the mix of success and failure so characteristic of the environment movement. It attracts great attention, helps educate and channel popular interest but we must admit: not enough is being done. Many large scale environmental issues are not only unresolved but deteriorating. This year’s theme “Protecting Our Species” is no exception: the problem is getting much media attention but we are in fact in the midst of the World’s Sixth mass extinction. We are taking the liberty of renaming the theme “Save our Species” (SOS).

Our current pattern of economic development brings us up against a series of large-scale environmental problems that require urgent action (Sterner et al 2019). The integrity of the Biosphere (the layer of Earth where life exists) is one of these. In early May, the latest report of the Intergovernmental science-policy Platform on Biodiversity and Ecosystem Services (IPBES) will be published, which will certainly highlight the importance and urgency of ‘Saving Our Species’. Yet careful thinking is needed concerning both What to save and How to achieve this.

The biodiversity crisis is often compared to the burning of a library where we do not even know how many books there were. Each species loss is a unique ethical dilemma as well as a loss of unknown magnitude because we do not know if that particular species could harbour information that would be valuable for agriculture, medicine, industry or other uses in the changing conditions of the future. Abhorrent as the idea of economics is to many in this context, it is clear we cannot spend endless resources on each species. Limited budgets force us to make hard choices of what to save. ‘Biodiversity’ is a complex concept and merely saving as many species as possible is not optimal. We need to understand something about which species combinations are most likely to give us the ecosystem services we will need, and that will maintain the functioning and resilience of ecosystems under new pressures. Parallel to efforts on protecting rare and endangered species, we need to realize that many ecosystems are dependent on very common, ‘keystone’ species – such as pines, corals, or seagrasses. Many other, often rare and threatened, species depend on those. Species are often appreciated for other values, such as their role in providing forage (clover, grasses), as food sources (salmon, hazel), or their beauty and charisma (pandas, orchids). In addition, the genetic diversity within species can be crucial, since species with wide geographic ranges often have adaptations to the local climate and environment. As climate changes, that variation can be critical to safeguard the future of the whole species.

Despite the general appreciation that biodiversity provides humans with numerous resources, and each species has its own right to be preserved, enormous areas of the world are dominated by few crop species such as rice, corn and wheat. Our dependence on so few species puts us at tremendous risk, in the face of climate change and the spread of new pathogens such as certain fungi and viruses. The genetic diversity of these cultivated species can be literally a matter of life and death to the millions dependent on good harvests. Counter-acting this trend, new research is now investigating the potential role of other wild species, in particular crop wild relatives, to be used in new crop breeding programmes or cultivated at large scales. This would both reduce our dependency and vulnerability in food production, as well as increase the diversity of plants and their associated fauna (insects, birds) in cultivated land.

Around the world, seed banks are freezing tens of thousands of plant species and crops to safeguard their future. For each accession, a large number of seeds (typically more than 10,000) are painstakingly collected from across the species’ geographic range, in a way to maximize its genetic and morphological variation. By using modern techniques, researchers know that most of these seeds can be successfully germinated after many years. Banking seeds is a safety measure – a last resort in case a species disappears from the wild – as well as a means to facilitate various lines of research. The rapidly increasing extinction threats give urgency to a renewed discussion on the economic costs of protecting biodiversity, and how to best prioritise the work ahead.

Policies for a human dominated planet

Preserving seeds is one vital insurance policy, but many other initiatives are required. The Anthropocene is defined as a period when the major force shaping the fate of the planet is human civilization itself. We are in the pilot’s seat and must learn to manage the ecosystems we dominate.

To measure the human influence on ecosystems, some researchers use the generic “IPAT” equation: Impact = Population  X Income/capita (Affluence)  X Technology (Ehrlich and Holden 1971). A tempting conclusion from this model is that we should try to limit population, stop or even reverse economic growth and improve technologies. Without denying that population and income are indeed factors that put pressure on the globe, we believe that serious and determined effort should be directed not towards reducing population (hard and ethically questionable to do), nor to keeping people in poverty, but rather to two other areas: A) technology of production and B) the composition of our consumption.

Human impact on nature depends not so much on the growth of consumption as on its composition. There is evidence that the world could support even ten billion people with food, housing and basic necessities. We can even have some economic growth – but not in fossil fuels, shiny cars, consumption of plastics with all their new manmade chemical additives, or soybean plantations. It is unnecessary and ineffective to stop growth all together. It is more important to direct growth into products and services that do not threaten ecosystem resources and biodiversity.

We can meet societal goals including food, water, shelter, health and the achievement of a good quality of life for all while by tackling climate change and conserving nature. But it will require swift and determined deployment of existing policy instruments and bold decisions for transformative change. These will include high taxes on fossil fuels and meat and definitely tough restrictions on large scale monocultures of crops in tropical regions.

A typically thoughtful and thought-provoking piece from Prof Sterner - and somewhat prescient given that it was almost certainly written before the Notre-Dame fire. Cultural heritage is of huge value and it is right to restore it – but nature’s capital sustains us all and the world is on fire. 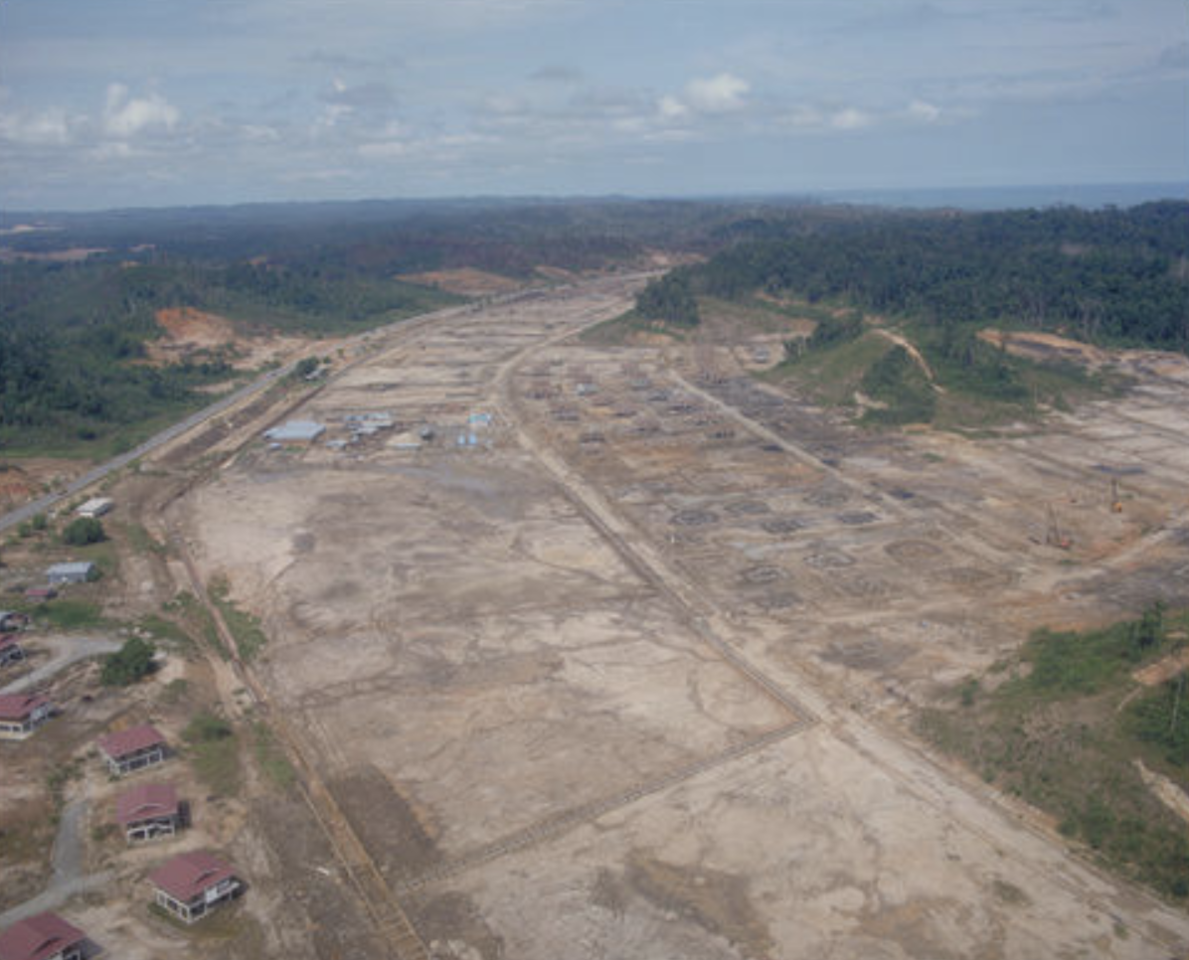