Improving network approaches to the study of complex social–ecological interdependencies

Network approaches for conceptualizing and analyzing complex patterns of social-ecological interdependencies hold great potential and are drawing increased interest across research and practice. However, progress in precisely measuring and theorizing complex patterns of social and ecological interdependencies has been limited. The aim with our paper is to make headway for forthcoming studies to improve precision of measurement and theoretical generalization.

I received an email from Jacopo Baggio in the spring of 2017, suggesting we should organize a session for the then forthcoming conference on resilience held in Stockholm, Sweden, later that year. His idea was to gather as many scholars as possible and use their collective experiences to bring forward any major unsolved issues limiting future progress in analyzing social-ecological systems using network approaches. I wholeheartedly agreed, and we wrote up a session suggestion and circulated that among our peers that were either already doing work on integrated social-ecological networks, or were about to embark on such a research endeavor. People were excited by the idea, and within no time we had not only enough people for a session, we could build on this interest to organize an off-conference full day workshop furthering ideas and synthesizing lessons learnt.

The workshop became, we dare to say, a success. We spent the day discussing issues ranging from what are adequate representations of node and links in a social-ecological network, to whether a social-ecological network is an outcome or a driver. Several projects emerged from the workshop, and one of them was to further these more fundamental methodological and theoretical questions (another project led to a recent publication reviewing previous studies). We agreed that progress in this young research field was hampered by the lack of coherent yet flexible research design guidelines that would help scholars move beyond single case studies and begin to draw insights that are more generalizable. Further, we thought that many studies across scientific disciplines utilizing network approaches were, and still are, often unclear about causality and causal assumptions, i.e. what is leading to what?

Identifying shortcomings are, however, a relatively easy task in comparison with coming up with possible solutions. This is especially the case when you are collaborating with many others across the entire planet. Nonetheless, we embarked on a collective journey very much involving jointly editing online documents, having numerous online meetings, and last but not least, juggling hundreds of emails. It was indeed a time consuming process, but we made significant progress and I think in the end we came up with several novel and concreate ideas and suggestions that can significantly contribute to this emerging line of research. Grounded in practical experiences gained across several different studies in different fields, we developed some hands on research design guidelines and a comparative heuristic. Together these can enhance case comparability and facilitate the accumulation of knowledge and insights across scales and contexts. Importantly, one of our aims was to lower the barriers for newcomers entering this field of research. Hence, we wrote the paper as both a starting point for newcomers to the field, as well as to provide an in-depth perspective for experienced sustainability science scholars interested in furthering the understanding of causes and effects of increasingly complex patterns of social-ecological interdependencies in an interconnected world. 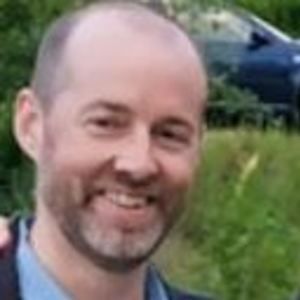 Örjan Bodin is an Associate professor at the Stockholm Resilience Centre at Stockholm University. He is studying different challenges and opportunities in managing natural resources, and much of his research bridges the natural and social sciences.
Follow