Roads built into Congo rainforests and their contrasting impacts

A new roadmap for the entire Congo Basin forest shows the fate of immense road networks over time.

A police checkpoint south of Ouésso, northern Republic of Congo. The open boot of the Toyota Corolla in front of us is full up to the brim with freshly hunted duikers, a small forest antelope that is popular for its’ meat. “No photos please”, I whisper to Bill, since he almost had his camera confiscated the day before when he tried to snap a logging truck without noticing that it had also been stopped by the police. However, this time they let both the car in front and us go without further interrogations. Luckily, since we had spent 8 hours with formalities on the Cameroon/Congo border earlier that day and still had to find a place to sleep for the night.

It was during this trip - from Yaoundé in Cameroon to one of the remotest parts of the Congo Basin in Northern Republic of Congo down to Brazzaville - that we had the idea of putting together a map showing the temporal evolution of all road networks in the Congo Basin forests. I had just finished my PhD on logging road dynamics in the region and Bill Laurance had invited me to accompany him on this trip in order to get some first-hand impressions of the state of road building. We did not have to look very hard to see that major efforts are ongoing to upgrade and pave roads in an area that is famous for its’ large populations of Gorillas and Chimpanzees. If it wasn’t for all the checkpoints, travelling between Cameroon and Republic of Congo would almost be convenient these days and it might not be long until the same applies for the new road from Congo to the Central African Republic.

While it seems economically desirable to allow trade and travel between neighboring countries, the roads here are built through an area that had been deepest forest until only 15 years ago. Timber logging has long been the only economic activity here. Yet, while logging is the most important driver of road building, our analysis also showed that as long as these roads remain inside well-managed logging concessions, almost half of all roads are abandoned after a short time and do not trigger any lasting signs of deforestation. Permanent and publicly accessible roads, however, can be detrimental to the forest as they open it up for destructive activities such as mining, agriculture and hunting on commercial scale.

In our paper, we provide a new and very detailed roadmap for the entire region, combining data collected by Nadine Laporte in the early 2000’s and the Open Street Map community, including myself, over the last few years. This data allows everyone to follow the contrasting fate of road networks, urging decision makers to carefully weigh the economic benefits against the environmental costs of different types of roads within the worlds’ second largest rainforest. 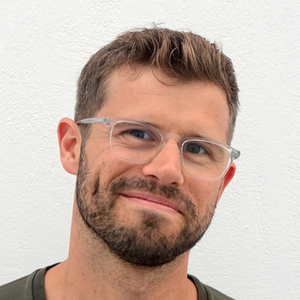 I am a landscape planner and spatial ecologist interested in effects of human interventions on biodiversity and ecosystem functioning around the world. I enjoy working with maps that I strive to connect with field based ecological knowledge to find solutions for land use planning and conservation. I am currently a PostDoc in the Ecosystem Management group at ETH Zurich.
Follow