With over 900 million inhabitants, the South-Asian river basins of the Indus, Ganges and Brahmaputra are amongst the world’s most densely populated areas. How does agriculture in these basins depend on the melting of ice and snow in the Himalayan mountains?
Hester Biemans
Senior Researcher, Wageningen University and Research
Follow
Like Be the first to like this
0

Climate change will affect Himalayan water resources. This study quantifies the importance of snow and glacier melt for agriculture on the Indo-Gangetic plain, finding that 129 million farmers depend on it, especially for rice and cotton, and that meltwater supports crops feeding 38 million people.

The Hindu Kush Himalayan (HKH) region, the source of ten large river systems of Asia, provides water and other ecosystem services for millions of people living in the mountains and over a billion living in the plains. That is why these mountains are also known as the ‘Water Towers of Asia’. The glaciers and snowpacks in the HKH are sometimes called the ‘third pole’, because of the vast amounts of frozen water they store. Seasonal meltwater contributes substantially to the water supply in the densely populated river basins in South Asia during spring and summer, when it forms a natural buffer against drought (Pritchard, 2019). Climate change threatens the continuation of the balance between accumulation of snow and ice in winter and melting in summer. Just last month, new research showed that the melting process has accelerated over the past 40 years (Maurer et al., 2019). By the end of the 21st century, a third to half of the total ice volume might have disappeared (Kraaijenbrink et al., 2017).

Although there is general consensus that the ice and snow volumes are crucial for the water supply of the South Asian river basins that together are home to 1.9 billion people, not all people and all irrigated fields are equally depending on this source. There are also other water sources available to farmers, like monsoonal precipitation and groundwater. In some rivers, the meltwater contribution quickly becomes negligible when propagating downstream (e.g. Siderius et al., 2013). Still, the melting of the glaciers and its effect on water supply is one of the biggest concerns expressed by stakeholders, especially in Pakistan. The question whether we could quantify to what extent people and food production are really depending on this snow and glacier melt fascinated me for a long time. This would surely be a subset of these 1.9 billion people. The idea to ‘follow’ the meltwater down the river and irrigation canals emerged in early 2014 in Kathmandu, during one of these spontaneous creative brainstorms that sometimes happen when you meet with colleague-friends outside work. The programming and data analysis got done because I got the opportunity to spend 3 months as a visiting scientist at ICIMOD in Nepal.

By combining a mountain hydrology model with an hydrology and crop model, we were able to show that for 129 million farmers in the Indus and Ganges basins at least 10% of their irrigation water is originating from snow and glacier melt, and that it is mostly rice and cotton that use the meltwater. Moreover, meltwater accounts for the crop production equivalent to the total calories to feed 38 million people. How these numbers evolve when population changes, when climate change continues and meltwater peaks shift forward is the next question to answer.

A strong internal motivation and drive to do this research and write this paper is to properly understand the linkages between water resources and food production in South Asia; to quantify the links between water demand and the source of water supply. This paper only addresses one of these links, but it is my strong belief that these deeper insights are needed in search for potential solutions and appropriate adaptation strategies to climate change and an emerging water crisis, to be able to cope with an increasing pressure on water resources and make the best use of them.

It is not only melting glaciers that threaten this region; monsoon patters are also changing, it is getting hotter (see eg. this interesting work by my colleagues (Jacobs et al., 2019, Singh et al., 2018, Lutz et al., 2019), groundwater levels are dropping fast, while the population still increases.

How can farmers adapt to these changes? Models can be used to gain insight in basin scale processes and interactions, but innovation happens on the ground. Combining the knowledge from models with knowledge and data from pilots and test sites, is –in my opinion- one of the ways forward, and something we will continue working on in the coming years (https://www.wur.nl/en/project/SustaIndus.htm).

This study was conducted as part of a large project on climate change adaptation in the Indus, Ganges and Brahmaputra river basins. Many more interesting results can be found at www.hi-aware.org. 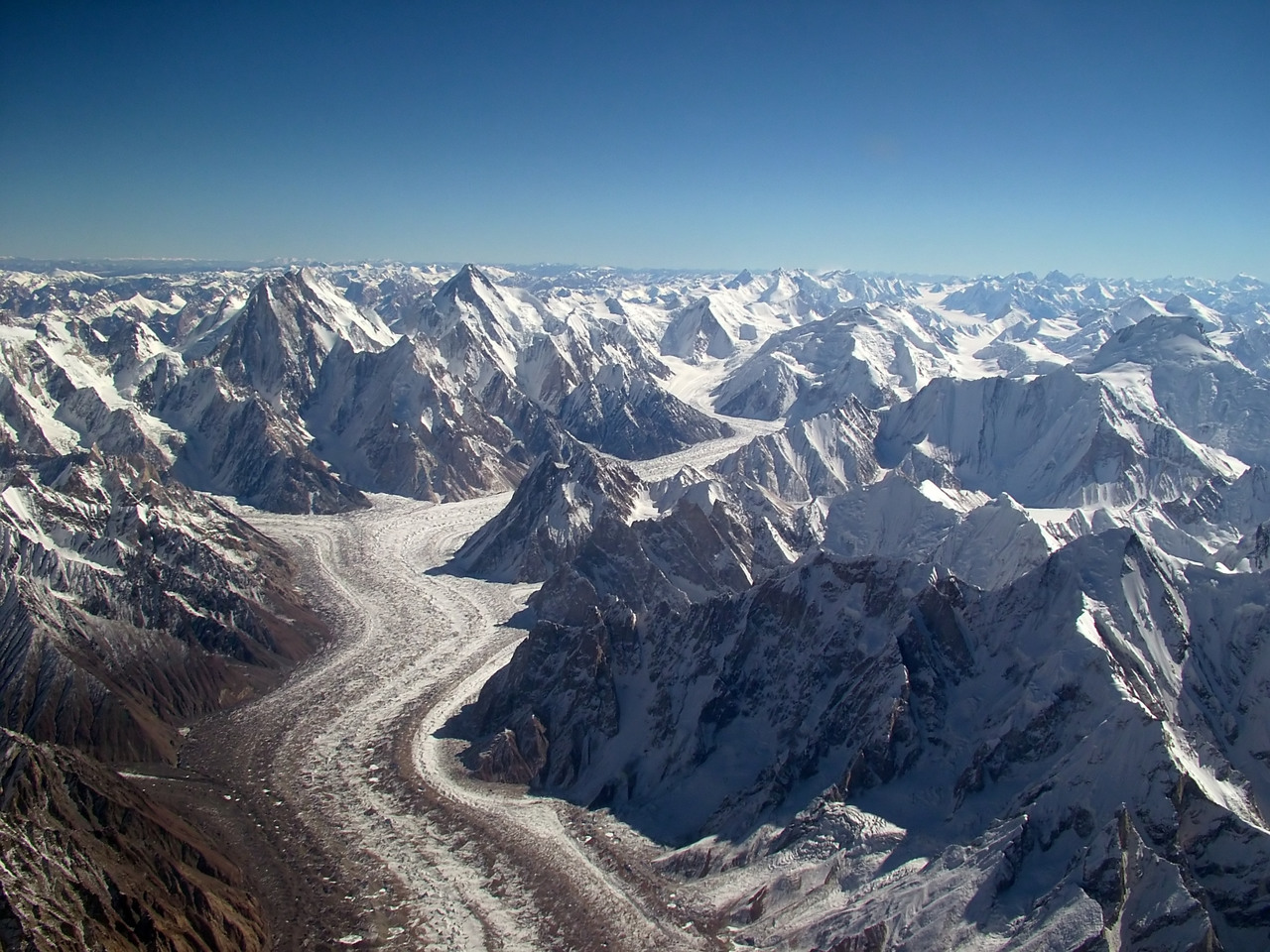 With over 900 million inhabitants, the South-Asian river basins of the Indus, Ganges and Brahmaputra are amongst the world’s most densely populated areas. How does agriculture in these basins depend on the melting of ice and snow in the Himalayan mountains?