There is a great need to liberate rivers from the barriers that block them and for new ideas to accomplish this—replacement of hydropower with more ecologically benign alternative energy sources may be one of them.
John Waldman
Professor, Queens College
Follow
Like Liked by Ben Johnson
0

While renewable energy has often included hydropower, dams present their own environmental harms. This Analysis not only projects how much land would be needed for solar power to replace US hydropower, but also provides a model for further analyses in other countries.

Unadulterated rivers are natural highways between the terrestrial and marine realms, with traffic in both directions. Key migrants are anadromous fishes—those iconic species that incorporate regular migrations between fresh and salt waters within their life cycles, such as salmon, sturgeon, shad, and river herring. Anadromous fishes also deliver marine nutrients to the landscape, particularly Pacific salmon which die after reproducing, helping to enrich their own spawn and the towering timbers of the coastal woodland. When left unblocked by dams, such bounties sustained major fisheries. Indeed, early European colonists were astonished at their abundances, evoking the term “running silver” when a river was packed with fish’s flashing bodies.

However, centuries of dam construction has been the leading cause of massive declines of many North American anadromous fish populations, and status quo solutions to restore them have failed. A case in point of loss is the Susquehanna River. Four hydroelectric dams are arrayed in the lower river, the first, just ten miles above its mouth at Chesapeake Bay. Shad once ran nearly 500 miles up the Susquehanna to the center of New York State and numbered in the tens of millions, with schools large enough to visibly bulge the waters. Today, the restoration target is for two million shad to use fishway to reach their historical spawning grounds. But this engineered approach to “fish passage” has failed there and on many other large rivers; over the past five years the numbers of shad passing all four Susquehanna dams over the first 50 miles of river has ranged between zero and 178, a five-order of magnitude decline from original abundances.

America’s 2,603 hydropower dams produce about 6% of America’s electricity. Most of these dams have ineffective fishways, be they fish ladders or elevators, and decades of earnest research towards improvements to them have done little except to sustain relic runs of these fishes. But over that time, dam removals have yielded nearly instant, major population expansions. On the Atlantic Coast, the precedent-setting removal of the Edwards Dam on the Kennebec in 1999 opened 17 miles of main stem river, also allowing river herring to reach the tributary Sebasticook River for the first time in 162 years. River herring numbers exploded there, going from zero to a million-plus one year later, to more than six million in 2019.

Despite the proven success of dam removals to resurrect the natural physical and ecological functionality of rivers, the solution has not yet been widely applied to hydroelectric dams, largely because their electricity production is needed. I believe the answer is not to continue to tweak fishway designs in the fading hope of substantial improvements but instead, to remove dams— while also maintaining energy production.

A dam removal leaves behind re-emerged reservoir bottoms. This presents new opportunities for electricity production by placing photovoltaics (PV) on the former underwater lands or near such sites, and possibly wind power on the surrounding ridges and non-blocking hydrokinetic turbines in the river, while utilizing the existing transmission lines—the result being an “energy park” that may be more resilient and more productive than hydropower alone.

Because it is easily scalable, my colleagues and I focused on solar power to assess how much land area would be needed to replace every hydro-dam in every state and nationally. We estimated that on the basis of actual hydropower generation in the conterminous U.S. in 2016 (i.e., 274,868 GWh/yr), 529,885 hectares of PV would be needed to replace the generation of all 2,603 hydro-dams—an area approximately equal to the land size of Delaware. Photovoltaics could replace the total annual energy produced from these dams while requiring only 13% of their existing reservoir area. On the state level, California could replace all of its 339 hydro-dams with PV comprising about 0.1% of the state’s land area. Florida could replace its four hydro-dams that impound 26,520 hectares with just 342 hectares of PV, i.e., the size of New York City’s Central Park.

Our analysis is clearly a thought experiment. We recognize that reservoirs behind some hydro-dams serve other, essential purposes, and that there can be little ecological argument for removals where dams have been placed on impassable falls. Hydropower also offers the advantage of rapid dispatchability (although ever improving battery storage is closing the gap between hydropower and solar).

What we have done in the U.S. to our anadromous fish runs is one of our foremost but under-appreciated conservation failures. Today, recognition of decades of unsuccessful restorations predicated on engineered fishways, the rapid aging of our dams and the inevitable need for their removal for safety reasons in the years ahead, and the advent of other, increasingly cost-effective forms of alternative energy all suggest that there is a way to both reopen our rivers and to replace the energy production they so long provided.

John Waldman
Professor, Queens College
Follow
John Waldman is an aquatic conservation biologist with a particular interest in diadromous fishes and river restoration. He joined the faculty of Queens College as a tenured professor of Biology in 2004; for the previous 20 years he was employed by the Hudson River Foundation for Science and Environmental Research. He received his Ph.D. in 1986 from the Joint Program in Evolutionary Biology between the American Museum of Natural History and the City University of New York. Dr. Waldman has authored more than 100 scientific articles and edited volumes; numerous essays in the New York Times, Yale Environment 360, and elsewhere; and several popular books, including Heartbeats in the Muck: the History, Sea Life, and Environment of New York Harbor; Still the Same Hawk: Reflections on Nature in New York; and most recently Running Silver: Restoring Atlantic Rivers and their Great Fish Migrations. He lives with his family in walking distance to Long Island Sound in Sea Cliff, NY. 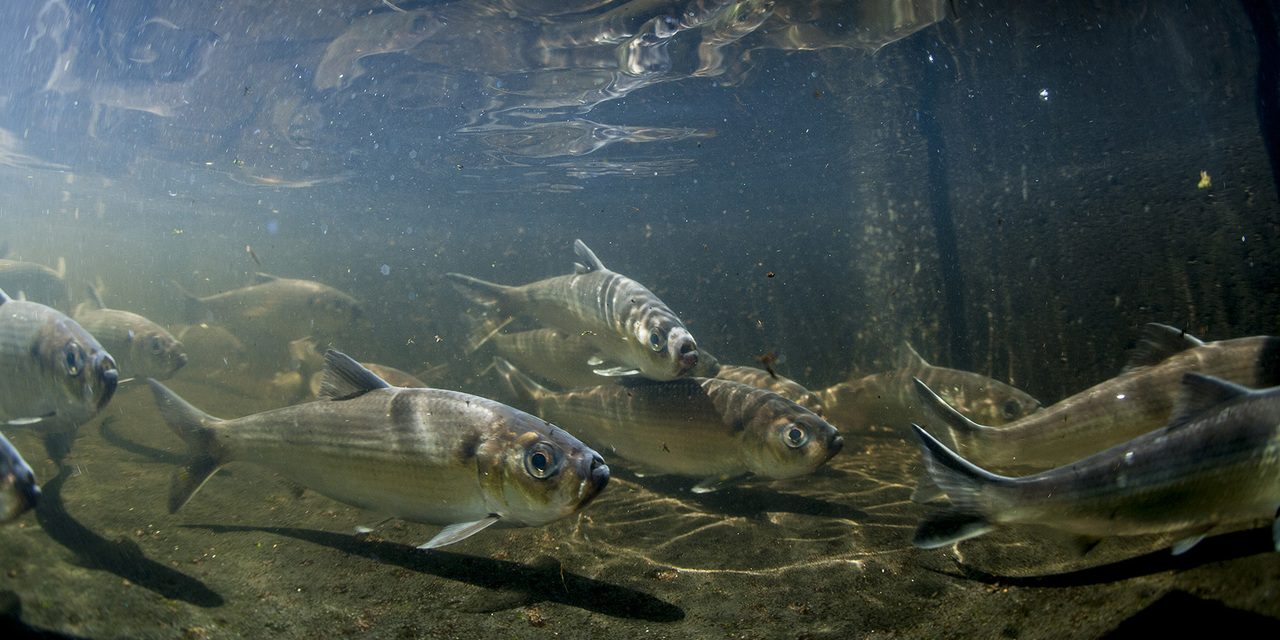 There is a great need to liberate rivers from the barriers that block them and for new ideas to accomplish this—replacement of hydropower with more ecologically benign alternative energy sources may be one of them.