Need for Aglectric Farming in a Land Constrained World

In December 2015, my wife, Manju, and I visited the majestic Munnar Hills in the southern Indian state of Kerala. We were awestruck with the serene beauty that surrounded us. Wherever our eyes could gaze, the hillside was covered with beautifully manicured tea plants. While taking in the view, a fleeting question crossed my mind – how will people living in these hills meet their energy needs in a renewable world? There was no empty land to install photovoltaic (PV) modules to harvest solar energy as electricity. Shadow casting PV modules could not be installed atop the tea plants – their shadow would deprive the tea plants underneath of solar photons, and likely impede the growth of these plants. I quickly found myself reenchanted with the natural beauty that surrounded us, and the thought of PV modules faded away. A few days later, while on a late night flight back to the U.S., I was kept awake wondering whether there could be PV module designs that would have no negative impact on tea plants growing underneath them, and thus cogenerate electricity for Munnar Hills.  By the time my plane landed in Newark, I had a dozen or so pages with various sketches of potential PV module designs that could provide the needed solution. I was simply thrilled at the possibilities.

Later, during the summer of 2016, while driving around West Lafayette, Indiana, I realized that the vast empty lands of the winter months were suddenly covered with corn and soybeans – there were no empty lands to be seen to install PV modules. The problem of Munnar Hills was indeed closer to home than I initially recognized. It was then that I contacted some of my colleagues and we embarked on modelling to explore the possibility of land constraints in different parts of the world culminating in the published paper in Nature Sustainability. To our surprise, most densely populated and economically advanced nations do not have enough land for a transition to an economy where predominantly all local and national energy needs would be met by solar energy.1 The primary reason is that most of the land is agricultural land dedicated to food-related activities. That led us to develop the general concept of ‘Aglectric’ farming i.e. the use of agricultural land to cogenerate electricity without any negative impact on crop yield. While wind aglectric farms are well known in mid to western states of the USA, their use is generally limited to certain geographical locations. For a sustainable future with ‘Full Earth’, it is imperative that concepts be developed to enable PV-aglectric farming to cogenerate electricity while growing major crops such as sorghum, corn, wheat, rice, soybean, etc. This will enable the use of local photons for local needs.

With the goal to develop and demonstrate PV-aglectric farming for major food crops, in the fall of 2017, with seed funding from the National Science Foundation (NSF), we established a center for Sustainable Food, Energy and Water Systems (SFEWS) at Purdue University (https://engineering.purdue.edu/NRT/ ). The uniqueness of the SFEWS team resides in its cross- disciplinary experts from the colleges of Agriculture and Engineering. They have come together to solve a multifaceted grand challenge. As a first step, we developed a number of novel designs and operating modes for PV modules to control and manipulate shadow duration as well as the spectral distribution within the shadow – all to minimize/eliminate any negative impact on crop yield.1,2 Next, we built our first PV structure at the Purdue University’s Agriculture Centre for Research and Education (ACRE) Farm. Experiments to grow corn began in May of this year under the guidance of Professor Mitch Tuinstra, Wickersham Chair of Excellence in Agricultural Research and Associate Director of SFEWS. A team of ten young engineers and agronomists have spent their entire summer laboriously collecting data on various aspects of corn plant growth.

The generation of electricity on farmland provides a unique opportunity to manage and purify water locally. The SFEWS team is also studying the potential impact of aglectric farming on local as well as national economy and the associated policy implications. We are eagerly waiting for this growing season to end to perform detailed statistical analysis of the data to provide a first-ever glimpse into how corn plants perform under our two designs of east-west tracking PV modules. However, our current strategy of one experiment per growing season is too slow to make a dent on a sustainable energy future. There are number of PV designs to be built and studied extensively for their impact on several major crops in different regions of the world. On our part, this requires effort in raising ample financial resources so we can simultaneously study multiple ideas in a growing season. Indeed, the possibilities for this research are tremendous – as abundant and fertile as the Munnar Hills on which this journey began. 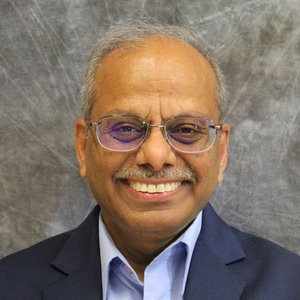