Is there a link between decarbonization and cash transfer programs? Did you know that these programs can help fight climate change? In a recently published study, Vogt-Schilb, et al. (2019) evaluate how existing cash transfer programs in developing countries can alleviate the negative impact of carbon taxes on poor and vulnerable households. The study focuses on Latin America and the Caribbean, a region that has pioneered the use of cash transfer programs as poverty-reduction tools, increasingly aspires to take an active part in global climate stabilization efforts, and where fiscal sustainability is a short-term priority. It shows that 30% of fiscal revenues from carbon taxes are typically enough to expand existing cash transfers and compensate poor and vulnerable groups for the negative impacts of carbon taxes. The study sketches a possible path towards combining fiscal, social, and environmental sustainability in policy reforms.

One of the policies frequently discussed to combat climate change is the carbon tax. Carbon taxes increase the price of items such as gasoline, natural gas, or agricultural fertilizers proportionally to how much greenhouse gases are emitted during their production process. Carbon prices can thus provide an economic incentive to households and business to switch to cleaner consumption and production patterns. In addition, carbon taxes could provide an important funding mechanism for developing countries: a study found that a carbon tax consistent with the objectives of the Paris Agreement could generate more than US $ 100 billion of revenue per year globally, enough to correct deficiencies in access to clean water, sanitation or electricity.

However, carbon taxes have been difficult to implement in all countries. One reason is that they can aggravate poverty by increasing the prices of basic goods and services, such as food and transportation, which are major consumption items for low-income households.

Here is where conditional and non-conditional cash transfers enter the scene. They have been established as one of the most efficient poverty reduction policies in LAC, and most countries in the region have at least one program. But cash transfer programs are not perfect. In the region, they only reach half of the households living in poverty (they suffer from weak coverage), and 40% of the disbursement benefit households who are not poor at all (they are imperfectly targeted).

In sum, we find that despite the imperfections of cash transfer programs in terms of coverage and targeting, they are promising mechanisms to counteract the adverse social effects of carbon taxes in Latin America and the Caribbean.

To be sure, our study does not provide a recipe for socially acceptable carbon taxes. International experience shows that managing distributional impacts is not sufficient to navigate the political economy of price reforms. Stakeholder consultations, a clear communication strategy, progressively phasing reforms, and compensating the most vulnerable firms (such as farmers or bus drivers) can also be critical. Our study also does not argue that carbon taxes are silver bullets to solve climate change: other policy instruments have been more successful at spurring renewable energy, increasing the role of public transport, or reverting deforestation. But if carbon taxes are to play a role in the needed transition to net zero emissions, they will need to be implemented with fiscal and social sustainability in mind. Our study provides insights on how governments can use cash transfers in the region to do that. 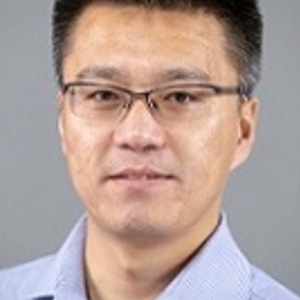