Border security has become one of the most contentious political issues of our times but it needs to reconsidered on the basis of ecological science.
Saleem H. Ali
Blue and Gold Distinguished Professor of Energy and the Environment, University of Delaware and GEF Science Panel
Follow
Like Liked by Nian-Feng Wan
0

While border security has become one of the most divisive issues of our times, there is an opportunity for both sides of the partisan divide to find some common “green” ground. Environmental concerns used to be a bipartisan issue before the advent of climate change.  Let’s not forget that it was under a Republican president and a Democratic Congress that the EPA was established in 1969. During that same period, on old naval base near the Mexican border in California was converted into Border Field State Park. First Lady Patricia Nixon visited the site that year and focused on friendship between the two countries and shook hands with Mexicans across a loose wire fence. While demographics, economic inequality and armed conflicts south of the border have changed the dynamics of such a park, the ecological reality remains the same.

As with all political borders, rivers, groundwater, wildlife, pathogens and airflows will largely transcend border limitations and our border policy should consider the common good of using borders security most effectively with such factors in mind. First, we need to move the conversation from the noise of the public stage to the desks of existing border cooperation organizations. For example, the International Boundaries Commission which manages the U.S.-Canadian border was established in 1907 and thus has over a hundred years of experience in collective management of the world’s longest continuous border (over 5,500 miles). More topically specific commissions on the Mexican side—such as the United States-Mexico Border Health Commission or the International Boundary and Water Commission. These commissions have the potential to operationalize an integrated social and environmental approach to border policy. Although win-win opportunities might not exist in all cases of border delineation and enforcement, reason is more likely to prevail over rhetoric through such an incremental and considered path.

The earliest example of a green of border security can be traced back to 1937 when through grassroots efforts by Rotary International chapters on both sides of the U.S-Canadian border, Waterton-Glacier International Peace Park was established by an Act of Congress in the United States and a parallel Act of Parliament in Canada. While the Southern border poses other challenges, opportunities to ensure ecological connectivity while having a harder border in areas where conservation zones are less salient. For example, a similar transboundary conservation area has been proposed near Big Bend National Park in Texas. This designation would allow for better transboundary management but has stalled, even though no border wall exists in that region and the Trump administration’s latest proposals don’t call for one. A formidable mountain range forms enough of a deterrent for any itinerant illegal migrants in this region. Indeed, ecological boundaries such as mountains or rivers have traditionally formed political borders, and should compose the primary means of demarcating borders where possible. Furthermore, policy makers should manage border zones through more technically advanced mapping of ecosystem functioning in terms of water flows and wildlife migration corridors.

Let’s be clear that an environmental approach to borders is by no means a call for open frontiers. Indeed, hard borders can play a vital ecological role as well. Prevention of invasive species and diseases from spreading requires hard borders and can be a cause for common ground even between Trump supporters and the Green Party! Even in cases where borders have been an unfortunate result of colonialism, such as in Africa, they have now acquired a functionality which we cannot discount in times of crisis. For example, hard frontiers between Guinea and its neighbors Mali, Senegal, and Côte d'Ivoire prevented the Ebola epidemic of 2013-14 from becoming a far greater tragedy across Africa. Australia will spend over $250 million U.S. between 2019 and 2024 on biological security. Ultimately, countries need to coordinate the adoption of such technologies in the least intrusive ways that maintain border functionality for biological security.

Finally, we need to consider the economic linkage to resource trade across borders. Growing food, mining minerals, or manufacturing products with both ecological and economic efficiency is only possible through smart trade policy. We should grow food where water and climate conditions are optimal for resource conservation; mine minerals where they are geologically most accessible; and then allow for international treaties to level the playing field on environmental compliance. At the same time some border restrictions on immigration are also important to consider how best to globally harness the “people power” benefit the economy of poorer countries that comes from a large working-age population – indeed that is how China developed at a galloping pace in the last 30 years, which ultimately led to a decline of illegal immigration from the country to the West in the 1990s (though legal Chinese migration has risen in some countries). Thus contrary to common perceptions, a truly science-based ecological  lens for considering border security has much potential for recasting the current debates on security in a more pragmatic way, and curing current policy paralysis on this vital issue.

Saleem H. Ali is Blue and Gold Distinguished Professor of Geography and Spatial Science at the University of Delaware and a contributor to the new book Better Planet (Yale University Press, 2019) on which this article is based. 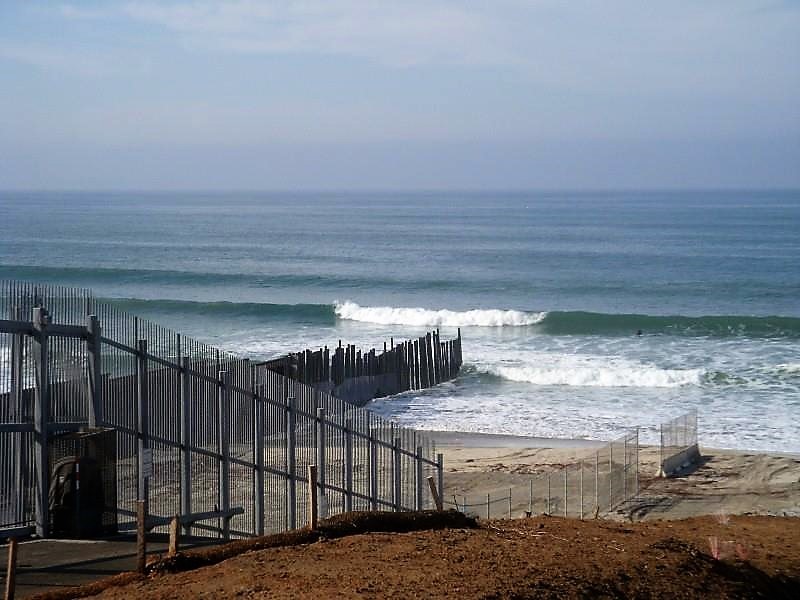 Border security has become one of the most contentious political issues of our times but it needs to reconsidered on the basis of ecological science.