A fairer, greener and more prosperous Australia by aiming for the SDGs

If you live in Australia, then you would be well-aware that our so-called ‘Lucky Country’ has experienced 28 years of uninterrupted economic growth. This record of steady growth is much celebrated and gains a lot of airtime from politicians, bureaucrats, economists, business and the media.

But fewer people are aware that, despite this growth, future generations of Australians face the prospect of being worse off as a result of increasing inequality, persistent poverty, rising cost of living pressures, environmental degradation and climate change. This prospect has been thrown into focus in recent weeks as unprecedented catastrophic fires rage across the eastern states.

Should we be fixated on ‘growth at all costs’ or are there better alternatives? Can the SDGs help us to achieve a fairer, greener and more prosperous Australia by 2030?

These were some of the questions we set out to answer with our research at UNSW, but first allow me to backtrack a bit to where the journey began.

In 2011, I left my job with the Australian Government and moved to New York to take up a job with the United Nations as the green economy focal point supporting negotiations for the Rio+20 Conference on Sustainable Development.

Over the course of the next year I supported the heated negotiations on the green economy. It was a battle of ideas, priorities and values.  The proposed green economy model was low-carbon, resource efficient and clean - providing a better quality of life within environmental limits. It responded to several global crises - financial, climate, food, biodiversity – and demanded a greater role for government working in partnership with business to steer the necessary transitions.

However, during the Rio+20 negotiations, the green economy concept became mired in controversy and bogged down by acrimonious debate around its definition and application. Whether true or not, it became viewed by some countries in the developing world as an agenda for rich nations while lacking adequate attention to social objectives such as poverty eradication.

Developing countries did not wish to limit their ‘policy space’ to pursue rapid economic growth to address poverty. Many experts at the time were proposing an inclusive growth model to eradicate poverty – that is, growth coupled with public policy on wealth distribution, progressive taxation, investments in education and health, and provision of a social protection floor.

However, as the negotiations laboured on, another force was brewing. Led this time by countries from the developing world (most notably Colombia) it would become the most significant outcome from the Conference – the agreement for a new global set of Sustainable Development Goals (SDGs).

I continued to work for the UN and closely followed the negotiations on Agenda 2030 and the SDGs until their adoption in 2015.  Proponents of the goals argued that there was an urgent need to rethink what growth, prosperity and wellbeing meant.  The latest research and science informed the debate, including ideas around human rights and dignity, well-being, and global planetary boundaries. Sustainable development was conceptualised as a ‘safe and just operating space for humanity’. I doubt we would be able to secure this kind of agreement in the world we live in today.

In the SDGs, the international community formulated a bold and ambitious plan with a timebound, comprehensive and integrated set of objectives. However, the goals are broad and complex and there is a concern that inherent tensions between the 169 SDG targets will undermine their achievability.  As many of our planning, policy and investment decisions are undertaken at the sectoral level, there is a growing need to understand and manage these trade-offs and leverage potential co-benefits or synergies.

To add to the challenge, the 2030 Agenda says very little about implementation. Supporting decision makers in government, business and civil society to operationalise the goals will be critical, and this is a key area where science and transdisciplinary research can make a tangible contribution.

Recent global research underscores that the SDGs will require deep, deliberate structural changes or 'transformations' that cannot be achieved using the same conventional approaches used in the past. However, priorities will be different across countries and it will largely be left to nations to understand, explore and implement these transformations.

To explore these issues, our research team at UNSW teamed up with Millennium Institute to develop an integrated assessment model for Australia (the iSDG-Australia model) capable of modelling economic, social and environmental interactions across all 17 SDGs.

The model was used to explore four different future scenarios for Australia - a nation that is fairer, greener, neither or both.  We explored whether our performance on the SDGs could be improved by 2030 using different approaches to development, and what this might mean for the country.

We find that focusing on economic growth alone delivers very little improvements for Australia on the SDGs. This runs contrary to the ‘growth at all costs’ narrative in Australia that still dominates political debate and framing.

Greater gains can be made through more inclusive growth or adopting a green economy approach.  However, the greatest gains on all SDGs will be made through a ‘Sustainability Transition’ which incorporates a coherent set of policy and investments across all key sectors - combining inclusive growth with the green economy.  The scenario delivers a fairer, greener and more prosperous nation - without costing the economy. The first hurdle will be convincing government, business and the public that a better Australia in 2030 is there for the taking. 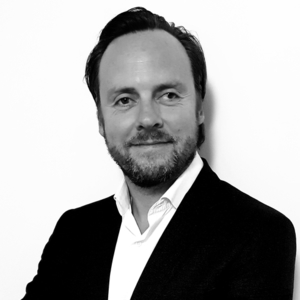