The economy sometimes shows serious chain reactions to negative shocks. However, the conventional models of economics cannot deal with this issue. Therefore, we use micro and gigantic economic data and simulate the economy.

A disaster can disrupt supply chains, which are the core of the real economy. Since global supply chains are increasingly connected, a regional disruption can affect the entire global economy, as seen with the 2011 Japan earthquake, the Thai flood in 2011, and Hurricane Katrina in 2005. Unfortunately, the number of such natural disasters is increasing, and the cause is probably expanding economic activities. If we consider that the economy accounts for a major part of our societal activities, then it is clear that we cannot avoid studying how the economy and nature affect each other. However, such studies on this issue are normally considered unrealistic or too general because the economy is too complex. In fact, studies on economics have avoided this complexity so that they can solve equations by assuming homogeneous agents and uniform relationships. However, because of such academic dogma, these studies do not explain or predict economic crises, including the disasters mentioned above and the financial crisis in 2008.

Based on the above situations, we did not want to disregard the complex nature of the economy. Since the complexity of any complex system originates from interactions between agents, and the agents and the interactions are not uniform but heterogeneous, our idea was to start from the actual data on agents and interactions and simulate behaviours. The data include over one million firms and over five million of their trade relationships, covering almost all active firms in Japan. To simulate the activities of such a quantity of firms, we needed substantial calculation power for the simulation.

Therefore, our team applied for a grant from the Japanese government that aims to use supercomputer K (cover picture) for social science. Although supercomputers have been used extensively in the fields of elementary particle physics, astrophysics and cosmology, condensed matter physics, chemistry, and biological and life sciences, these computers not been extensively used in social sciences. 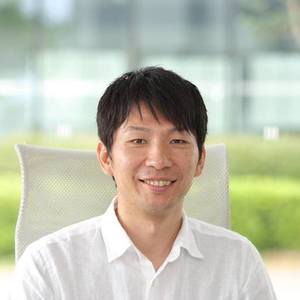