A Dream Come True: The Inception of an Affordable Wastewater Technology

Growing up in Hyderabad, I was always troubled by the pollution in the local Musi river, which negatively affects millions of people’s daily lives. I promised myself that if the opportunity came, I would leverage my scientific knowledge to bring about significant and meaningful change. The opportunity arrived in 2014 when I was working under Professors Chul Park and Professor Amy Bilton, at the University of Toronto. With Park’s expertise in porous foams and Bilton’s experience in water technology, we saw an opportunity to address the environmental challenge caused by nearly 100 billion barrels of oil-contaminated wastewater produced by hydraulic fracking around the world (1). These effluents contain micrometer-size oil droplets and are found at a variety of different pH conditions, which makes their capture and recovery difficult.

In the wake of the 2010 BP oil spill, many groups pursued the use of inexpensive superwetting sponges with hydrophobic groups and multiscale roughness to rapidly absorb oil from the surface of the water. Yet we found that these sponges underperformed in removing small oil droplets. This happens in part because while crude oil droplets are organic, underwater, they quickly become surrounded by anionic surfactants, OH- or H+ ions. Therefore, we decided on an alternative approach using an ordinary polyurethane sponge with opposite charge groups. As shown in Figure 1, using this sponge, we could remove over 99% of oil droplets from wastewater in 180 minutes (2). However, our initial prototype only worked well at one pH condition [5.6] while the oil field wastewater pH can be acid, neutral, or base.

Our next step was to engineer the surface of the sponge – optimizing surface charge, hydrophobicity, and multiscale roughness, which together impact the critical surface energy for adsorption. We partnered with a renowned surface chemist, Professor Geoffrey Ozin, to achieve it. With the help of his students, Professor Wei Sun and Annabelle P.Y. Wong, we developed a surface-engineered sponge (SEnS) by coating traditional polyurethane with functionalized nanosilicon (3, 4). The final step was to enlist an expert on surface characterization. In 2017, I flew to London to seek help from Professor Daryl Williams, who works on novel surface characterization techniques at real-world conditions at Imperial College London. This collaboration led us to pursue the concept of chemical displacement, which enabled us to develop a method of recovering crude oil from the SEnS via solvent extraction (see Figure 2). Our latest prototype removes oil droplets with 95-99% removal efficacy at broader pH conditions required for practical implementation. Currently, we are improving the sustainability metrics of the SEnS and scaling up to clean marine oil spills (5).

My vision is to tailor SEnS technology to reclaim wastewater and recover valuable resources from industrial effluents, such as oil and gas, mining, and  food, towards a circular economy. Also, make it affordable to clean heavily polluted rivers like the Musi, in the developing world. 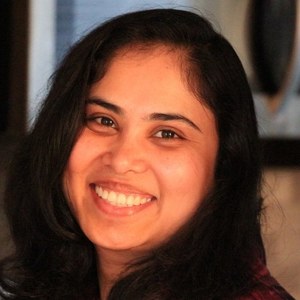 To reuse the Musi river water or waste water for various purposes in Hyderabad, India is indeed an excellent research effort. I hope you have done a great contribution in order to reuse the waste waster from various sources.