There are sharp discontinuities in the rate of soil erosion at country borders. These indicate that countries have considerable control over this issue.

Land degradation, such as soil erosion, is a major sustainability issue of global importance. However, in comparison e.g. to climate change and biodiversity-loss, it receives rather little attention (see graph from Google Trends below).

The “problem-attention”-gap raised my interest in the topic and as an agricultural economists I became particularly interested in the economics of soil erosion. Especially interesting to me appeared the role of countries. There is a large literature on how important countries are for socio-economic outcomes (e.g. much of our income is explained by the country in which we were born). In contrast, I could not find any empirical evidence on whether countries matter for soil erosion too, and if they do, how much. There are two reasons why one would expect that they do. First, many policies and laws are determined at the national level. Second, at some borders, we can visibly see how the environment is affected by countries’ characteristics and actions. Below are two pictures of the border between Haiti and the Dominican Republic: There is no need to mark the political border, as the tree cover on one side, and the lack thereof on the other, clearly indicates the location of the two countries.

The Border of Haiti and the Dominican Republic as an Example: Tree cover on one side and bare land on the other

Together with Pasquale Borrelli (University of Basel) and Robert Finger (ETH Zürich), I examined a global high-resolution map of soil erosion, using an analytical technique called the “spatial regression discontinuity design”. This emulates a randomized controlled experiment as far as possible, by focusing on areas close to international borders and quantifying “surprising discontinuities” that can effectively only be explained by the characteristics and actions of the countries left and right. Before our study, researchers looked at correlations between rates of soil erosion and country characteristics and actions. The consensus was that local and regional explanations are much more important as the correlations were comparably weak and unstable. Our result is quite different: Countries strongly and robustly affect the global rate of soil erosion. This has mostly to do with agriculture. We think this result is quite encouraging, as countries can change what is under their control. Moreover, many policies that make agriculture more sustainable in other domains also mitigate soil erosion. The paper has been published by Nature Sustainability on December 2. 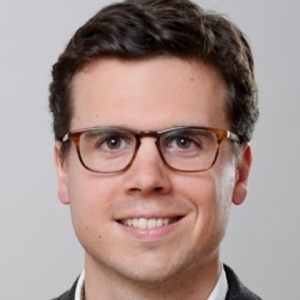