Some surprising and unexpected trends that were revealed by new processing of satellite radar altimeter data that measures changes in elevation of the the surface of Pine Island Glacier in West Antarctica.
Jonathan Bamber
Professor, University of Bristol
Follow
Like Liked by Leon Maximiliano Rodrigues
0

Thinning rates of Pine Island Glacier, Antarctica’s largest glacier, are now highest in slowly flowing regions, suggesting that future changes in the grounding line may be more modest than thought, according to high-resolution satellite data.

Antarctica is the sluggish, sleeping giant of the climate system, isn’t it? Well that was what many glaciologists thought until about twenty years ago when new satellite observing systems revealed a far more dynamic ice sheet than the models, at that time suggested, at least for West Antarctica. Over the last fifteen years dozens of studies, from both field-based and satellite observations, have shed light on how the ice sheet has been responding to variability in the rest of the climate system. The Amundsen Sea Embayment in West Antarctica is a hot spot for rapid changes in ice flow and, as a consequence, also for the research community working on ice sheets. It’s a region that is believed to be particularly at risk and potentially unstable. A major new programme between the UK’s Natural Environment Research Council and the US National Science Foundation is currently underway to study one the largest and most vulnerable ice streams in this sector called Thwaites Glacier (https://thwaitesglacier.org/). It’s immediate neighbour, Pine Island Glacier or PIG, has been the single largest contributor to sea level rise from Antarctica over the last decade. It has received a lot of attention from the glaciological community as a result. The graph below shows the number of papers published/year that discuss PIG and it’s clear that research on the glacier really started to accelerate at the beginning of the last decade. The total number of papers shown in the graph is 430.

PIG is a truly huge glacier. Its catchment is bigger than the area of England and it has its vvery own Wikipedia page (https://en.wikipedia.org/wiki/Pine_Island_Glacier).  With so much interest in PIG and so much research published on it, we were not expecting to see any surprises when we started looking at a new, high resolution data set of elevation change over PIG that we had produced from satellite radar altimeter data. Radar altimeters measure surface elevation with relatively high accuracy but, until recently, relatively poor spatial resolution. In 2010, a new type of radar altimeter was launched, called CryoSat-2, and it allowed us to map the changing elevation of the ice surface with a resolution of up to 500 m. When we did that, we were surprised by what we found. Previous studies with radar altimetry had shown that the biggest elevation changes were taking place over the areas of fastest flowing ice. This is what glaciological theory suggests we should expect. What we found, however, was a very different picture. The largest elevation change was occurring in the slow-flowing margins of the glacier and thinning in the fast-flowing main trunk had decreased by about a factor five since it’s peak slightly over a decade ago. The animation below shows how the thinning is changing over the period of our observations:

What does this mean for projections of how it will evolve in the future? That’s a question we addressed from purely geometric considerations based on our observations but to get a more complete picture we need to use numerical models. But can the models reproduce the observations and do they have the right physics in them to be able to do that? That’s a question that we hope to address in the future by combining our observations with state of the art numerical models. One thing we are certain of though is “expect the unexpected”. 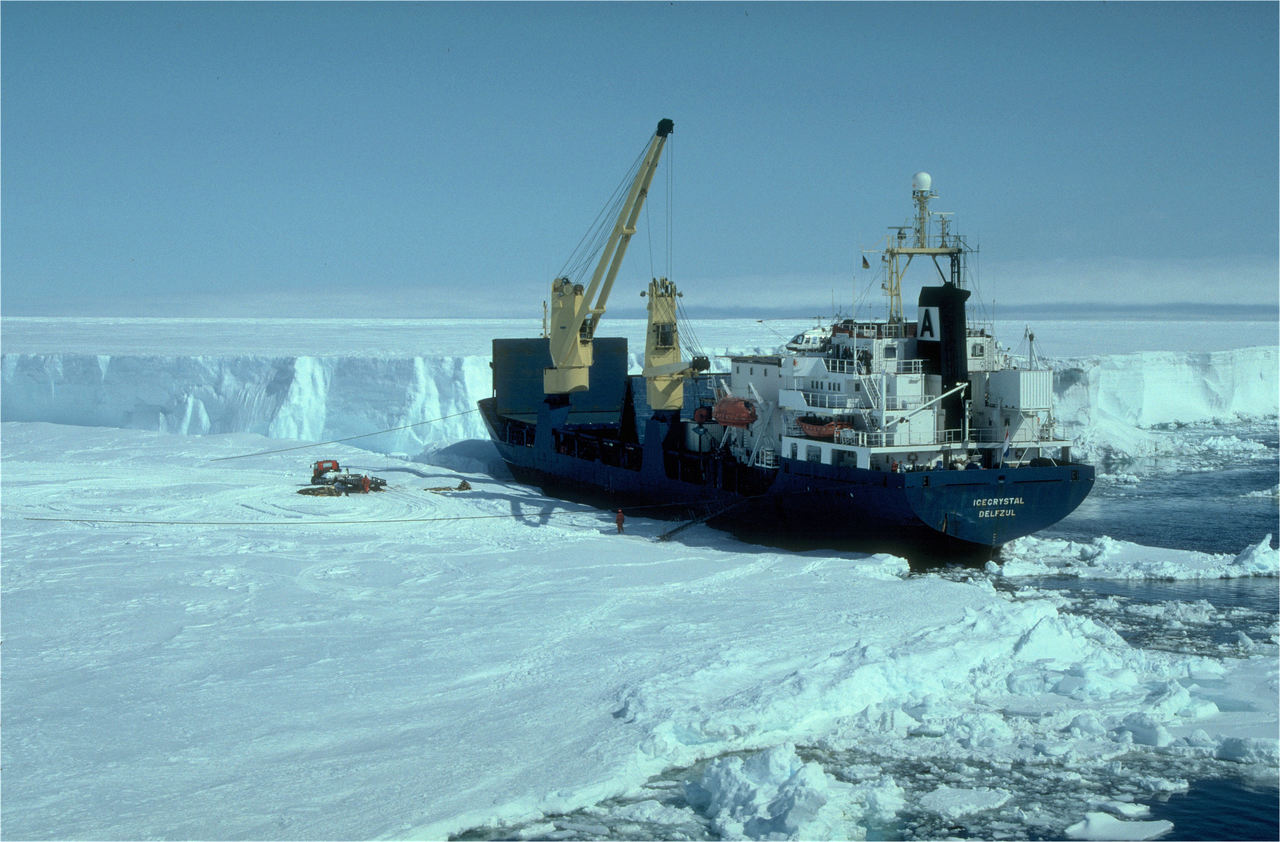 Some surprising and unexpected trends that were revealed by new processing of satellite radar altimeter data that measures changes in elevation of the the surface of Pine Island Glacier in West Antarctica.