Solar radiation is the fundamental energy source for the climate system and a central component of Earth's energy balance. The solar radiation reaching the Earth's surface is crucial for evaporation and thus precipitation, for plant growth or solar energy production, to name only some examples. Thus being a key player for numerous natural and technological activities it is of interest to know about its variability and associated causes.

Based on measurement data going back to the first half of the 20th century it is, in fact, well documented that the solar radiation reaching the Earth's surface underwent substantial variations on decadal time scales. The phenomenon is referred to as global dimming and brightening in the literature. The causes for these variations are likely manifold. They range from changes in cloud coverage, which primarily affect how much solar radiation is reflected back to space, to varying levels of aerosols produced by human activities such as energy production, transport, or de-forestation via biomass burning. Regarding their relative importance, scientific consensus has yet to be reached. Given the potential link with human activity, it is plausible that the answer will depend on time and geographical region.
The impact of these changes to the climate system is potentially very different depending on the underlying causes and how they change the shortwave energy balance. If the changes in the solar radiation reaching the Earth's surface are caused by changing reflection of shortwave radiation to space (e.g., changes in clouds or reflective aerosols), the amount of radiation entering the climate system changes. However, if changing atmospheric shortwave absorption governs the surface changes, the amount of radiation that is absorbed by the climate system does not change as much and the response of the climate system might be very different.

The present study adds to this picture as it highlights the important, even dominant role of variations in atmospheric absorption for the observed decadal-scale variability of solar radiation at the Earth's surface in two regions. This was achieved using a novel approach based on a combination of collocated measurements taken both from the surface (station observations) and from space (satellite observations). Recent research conducted in our group enabled us to objectively select highly representative surface stations to make sure the combination with colocated satellite data is justified within reasonable uncertainties.

The study shows that variations in atmospheric absorption of solar radiation substantially contribute to observed variability of solar radiation at Earth's surface during the last few decades in Europe and even govern the changes observed in China. While the available data prevents an unambiguous identification of the reasons for the found changes in atmospheric absorption, they are in line with absorbing aerosol and notably black carbon playing a major role.

The fact that changes in atmospheric absorption play such a prominent role may have far-reaching consequences, which are discussed in the paper. The magnitude of decadal-scale atmospheric absorption changes quantified in this study, together with the presented discussion on potential causes and implications, highlights the relevance of the topic and the need for further research on this topic. 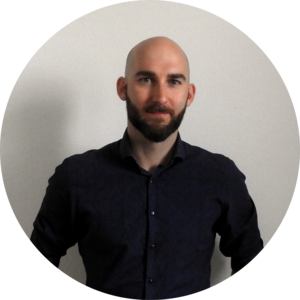