How to halt the global decline of lands

The Intergovernmental Science-Policy Platform on Biodiversity and Ecosystem Services (IPBES), is a UN-led body that provides a mechanism for evaluating the science to address environmental challenges. IPBES functions in a similar way to the more well-known Intergovernmental Panel on Climate Change (IPCC) but with a specific focus on the current state of global biodiversity and ecosystem services. The dramatic evidence of increasing climate hazards in the past years has tended to crowd out attention to other urgent and important issues, such as the deteriorating capacity of the world’s land resources to support both human wellbeing and the planet’s terrestrial biodiversity. This topic was the focus of the IPBES Land Degradation and Restoration Assessment, whose key implications are reported in this paper published in Nature Sustainability on 10 February 2020. IPBES assessments involve hundreds of experts and thousands of reviewers over a period of three or more years.  In addition to thick volumes of detailed synthesis, they generate shorter summary documents aimed at decision-makers. Why was it necessary to publish another paper on the topic?

One of the strengths of IPBES assessments is that the Summary for Policymakers is co-produced, literally word-by-word, by both scientific experts and representatives of the Member States, resulting in text that has enormous buy-in by policymakers. A weakness, however, is that the resultant text is often opaque, hard to read, and conservative in its findings. Our paper  “How to halt the global decline of lands”, authored by the leaders of the IPBES assessment, complements Summary for Policymakers  and the underlying main report by providing additional insights on why land degradation remains an unsolved and largely unrecognised problem despite its manifest importance and solutions at hand. The author team started by listing over twenty potential reasons, which we  - many revisions later-  consolidated to five systematic policy barriers.  Then we formulated strategies to overcome these barriers; ten in total. Our paper is summarized in a graphic that set out to convey the message 'yes, land protection and restoration is hard, but there are solutions to which all of us can contribute'. After experimenting with many metaphors, we chose the image of a hurdle track – a series of barriers that, with effort, are surmountable by all relevant groups.

The big challenges of the 21st century - climate change, the avoidance of land degradation, slowing biodiversity loss, curbing inequalities, and many other -  are not usefully framed as competing priorities, since they are all interconnected. The reality is that we need to solve all of these problems, at once. 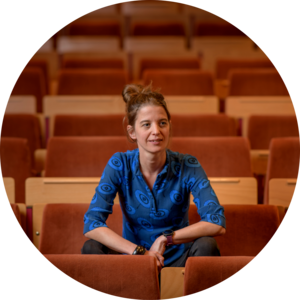