Is My Burger Killing a River?

The summer of 2018 broke records for heat and dryness in the American West.  Water slowed in the veins of wilting leaves and ceased flowing altogether in most creeks across the region. Yet everywhere we drove on our meandering summer sojourn, we traversed valley bottoms that were lush, verdant, green.

My wife and I had recently decided to try something different with our careers, in my case transitioning out of a three-decade stint at the helm of The Nature Conservancy’s global water program. Before becoming entangled in new commitments, we decided we’d take a midlife gap year, buy a small travel trailer and joyfully haul it across twelve of the Western states. But along the journey I found myself becoming obsessed with those green valleys.

I knew what was being grown there – alfalfa, grass hay – and I knew you could only grow those crops with a lot of water in such a parched landscape.  But I wondered what those water diversions were doing to the rivers and streams, and the aqueous beings they harbored.

Fortuitously I had recently joined ranks with a remarkable group of academic scientists collaborating under a big NSF- and USDA-funded research program on food, water, and energy. During one of our regular conference calls I broached some of my musings about the water used to grow cattle-feed crops:

How much water are those crops consuming?

To what extent are the affected rivers or streams being depleted for crop irrigation?

What impact is this having on riverine species?

These conjectures came to a head as I walked along the Colorado River near Grand Junction, Colorado, a critical reach of habitat for four species of highly endangered fish including one that had been navigating the river since the Grand Canyon formed.  Only a trickle of water flowed downriver, at a rate less than one-tenth the level deemed necessary by fish biologists to sustain the species.

My interdisciplinary colleagues assured me they could answer my questions. They had access to datasets and could build hydrological and ecological models that could give us answers to these questions. But they also wanted to know more:

Which dairies and feedlots were dependent on those irrigated crops?

What policy initiatives could be developed to address this issue?

When our initial research findings became available, I was absolutely stunned. One-quarter of all the water consumed in the entire US goes to irrigating cattle-feed crops. For the West, it’s one-third. In the Colorado River basin, it’s more than half.

More than one-quarter of Western US rivers – such as the Colorado River near Grand Junction – are nearly or completely dried up during drought years, and cattle-feed irrigation is the leading cause.  This water scarcity is posing severe risks of water shortages for many communities. River depletion by cattle-feed irrigation is linked to nearly 700 instances of fish species extirpations from local watersheds; more than 50 species are at elevated risk of extinction from this water use.

We explored policy incentives that could markedly reduce water scarcity while avoiding food insecurity.  Our paper highlights opportunities presented by voluntary, temporary fallowing of cattle-feed crops, with proper financial compensation to participating farmers. We found that massive volumes of water could be saved with as little as 20% fallowing in some areas; evidence from existing fallowing programs in the West strongly suggests that farmers would benefit from the supplemental income derived from “growing water” alongside their crop production.

This work has influenced the way that some members of our research team think about their dietary preferences. I’ve stopped eating burgers unless I know that the meat was produced using non-irrigated (rainfed) feeds. I wonder how others will react to our story? 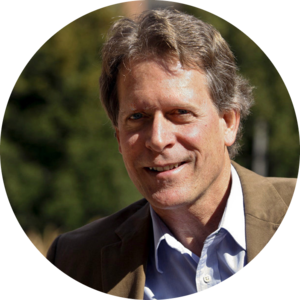