In September of 2015, I was introduced to the concept of land sparing by conservation scientist Ben Phalan, who became my postdoctoral advisor in Brazil. He led a research project called “Linking the sustainable intensification of agriculture with sparing land for nature”, with the collaboration of other scientists, including Agnieszka Latawiec, Andrew Balmford and Bernardo Strassburg. At that time, Brazil was experiencing a moment of great incentive for research, and many external scientists were encouraged by the Brazilian Federal Government’s Science Without Borders Program to develop original research within the country. I had the opportunity to develop part of this project during my postdoc.

The idea proposed in the project was innovative and original, and a challenge for me. The general proposal of the project was to map conservation priorities, food production potential and socio-economic variables likely to influence the success of land sparing policies in Brazil. We know that Brazil has the potential to develop its agricultural sector without further deforestation or land-clearing, with modest yield increases on land that has already been cleared. Concentrating food production in this way on existing pastures and farmland, while protecting and restoring natural habitats, is called “land sparing”.

However, big questions remain about how and where to make land sparing happen in practice (Opportunities and constraints for land sparing in Brazil). There may be more need for land sparing in some regions than others (for example, where there are many endemic species) and there are a range of factors that could help or hinder the success of land-sparing policies such as land-use zoning and economic incentives (How can higher-yield farming help to spare nature?). We decided to bring together spatial data on a range of relevant conditions and institutional constraints and map them at a fine scale, to understand this challenge better.

We compiled a set of economic, social and environmental spatial data to quantify potential to increase the production of seven crops and beef and milk in each of the 5570 Brazilian municipalities, as well as identifying priority areas for conservation and restoration of forests, savanna and other habitats. Although Brazil has relatively good spatial data availability, compared to many countries, we had a hard time finding data on some of the land cover, social and economic variables that we needed. We spent months searching and selecting the most suitable variables, adapting data from global models and for some variables, calculating the first estimates at Brazilian municipality level scale. These data are now available to anyone who wishes to use them, as part of our open-access paper (we thank Nature Scientific Reports for a fee waiver which made this possible).

From this set of variables, compiled over two years, we provided the first dataset identifying which Brazilian municipalities have the most favorable conditions for increasing the production of crops, beef, and milk on existing cultivated land, and where conditions appear to be most favourable to spare land for nature. Surprisingly, although pasture occupies much more land in Brazil and is infamous for its low yields, we found that increasing yields on cropland could make a larger contribution to the food supply. However, improving yields on pastures offers – in conjunction with conservation policies – greater potential to spare land for nature; production on pasture has the potential to increase by 113%, while crops could only increase by 25%. We stress that it is not necessary to increase yields to this extent to contribute to land sparing. Modest yield increases, using sustainable practices, would be sufficient to avoid the need to clear more land for agriculture.

One of the interesting, but not unexpected, findings was that we could quantify how much more productive croplands are than pastures. The seven crops we looked at contribute seven times more food energy to the domestic food supply than pastures, from one-third as much land area. In addition to land use policies, these numbers suggest that shifting patterns of consumption towards plant-based foods, and reducing food waste, could help greatly in reducing the environmental footprint of food production in Brazil, as has been found in other parts of the world.

We identified areas of high conservation importance distributed across all of the country’s domains, from the Amazon to the Pampas. However, our maps make especially clear the importance of the Atlantic Forest, with its many endemic species, for both conservation and forest restoration. Across the country, we found relatively few municipalities where it would be appropriate to encourage yield increases without improving conservation at the same time; in other words, land sparing within as well as between municipalities will be important if irreplaceable biodiversity is not to be lost. When we analyzed the constraints to the establishment of land sparing policies, some municipalities had none of the constraints we obtained data for. In short, these municipalities, where land sparing policies might be most successful, are concentrated in São Paulo and Minas Gerais states in the Atlantic Forest domain.

Our dataset may serve as a useful source of information at the municipality level for efforts to reconcile food production and nature conservation in Brazil. In addition, the framework we developed can clarify how we might think about the potential and challenges involved in planning land-sparing policies. We hope that it will be used by environmental decision-makers, scientists, and NGOs to help identify where their efforts might be most impactful, and to better understand what factors need to take into account at a local scale for successful conservation. 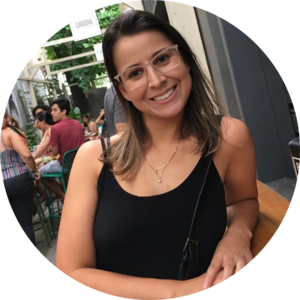