We should measure all conserved water when considering sustainability as systems can vary greatly. Precise measurement of water use is important in relation to all competing human actions and products.
Rowan Eisner
Founder, World Trust for Nature
Follow
Like Liked by Ruth Milne
0

Water shortage is occurring in more regions of the world and for longer periods each year and water resources are increasingly causes of conflict. These pressures are only likely to increase with climate change.

When food is produced, it is often most useful to measure the amount of conserved water that is used (Broom 2019). Some rain that falls on land is never conserved by humans or trapped by other living organisms and so is not used in any way before reaching the sea. Other rain is taken up by plants and it is valuable to estimate the amount (Hoekstra et al 2011). It is even more valuable to assess the amount of water conserved by people: in farm reservoirs or containers receiving from water collection surfaces, conserved after extraction from watercourses, or conserved in reservoirs used in production of purified water.

In comparing production systems for food such as beef, total conserved water required includes that for drinking by cattle, evaporation from troughs etc.,  production of fertiliser for feed plants or pasture, other farming activities and especially irrigation of feed crops and pasture which is 85% of all conserved water in some systems. The water which is purified is much more costly in energy and financial terms than non-purified water. When water use was calculated for four beef production systems, the system with the highest water use, feedlots after irrigated pasture rearing, used eight times as much conserved water as that with the lowest water use: semi-intensive silvopastoral system. Feedlot systems often use purified water.

Water use is often over-stated for beef production systems. The World Economic Forum website (accessed 18 March 2020) quotes water required per tonne of beef production that is 20-172 times greater than conserved water calculated for the four systems.  Figures for the least water-efficient systems do not apply generally, but apply to less than half the world’s beef. Most of the water estimated runs away and the estimate is higher for long-lasting agricultural systems. Beef production is of great importance because it occupies some 60% of agricultural land. There is much potential for reducing water and land use, and reducing other adverse impacts by using the most efficient practices. Land efficiency seems to also imply water efficiency for other agricultural systems such as rice (Balmford et al 2018). 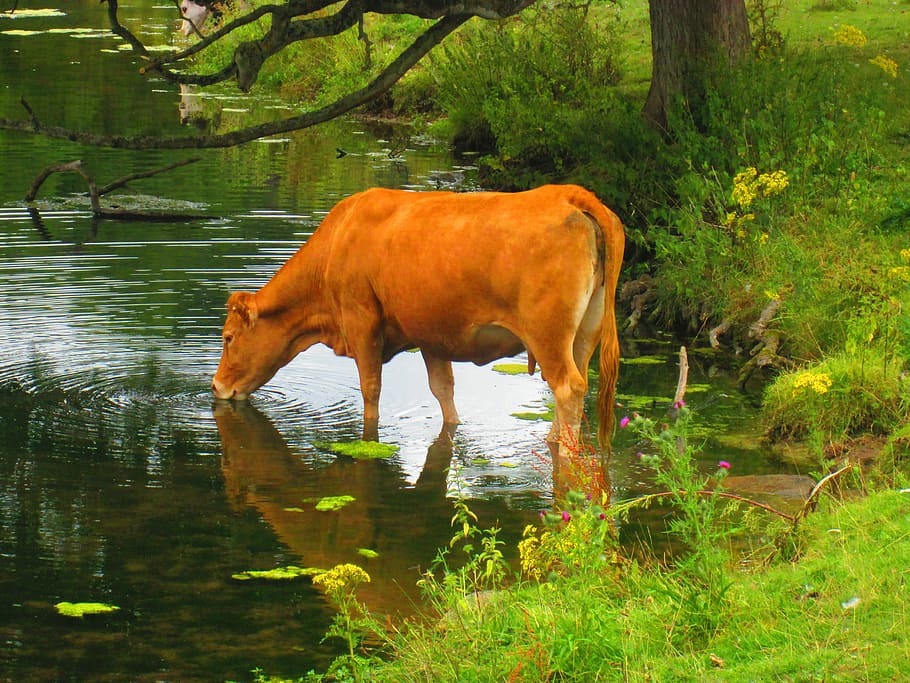 We should measure all conserved water when considering sustainability as systems can vary greatly. Precise measurement of water use is important in relation to all competing human actions and products.