We show the high potential of a regionally integrated power system in West Africa to increase solar and wind power penetration and avoid hydropower overexploitation.

West Africa’s electricity sector is at a crossroads. Population and industrial growth put strong pressure on planners to ensure power system adequacy in the years to come. Electricity in West Africa has historically been generated from thermal fuels (natural gas or diesel) and hydropower. Yet, as everywhere in the world, solar and wind power have been making their inroads thanks to their ever-dropping costs and technological maturity.

Plans to integrate national electricity grids into a unified regional electricity market, the West African Power Pool (WAPP), have been high on the political agenda recently. A power pool could serve to lower the overall cost of electricity, helping countries share their available generating potential with their neighbours. The incentive to expand power generation and transmission infrastructure across the different countries is therefore high.

Currently, most West African countries still emphasize natural gas and hydropower in their policy plans for power generation expansion. Many grid operators, in fact, are wary of the technical risks that solar and wind power may pose for grid stability due to their variable and intermittent nature.

However, given the long-term goals of the Paris Agreement, it is highly important that countries do not lock themselves in to natural gas infrastructure, and instead pursue a pathway towards high renewable penetration. This will require high flexibility of power systems to compensate the variability of solar and wind power from hourly to seasonal and multiannual timescales.

Our most important finding is that the WAPP can be a very important lever towards increasing variable renewables’ penetration and displacing natural gas. This is because a power pool interconnects regions with strongly diverging hydro, solar and wind power potential, allowing to harness several synergies between these resources – spatially, diurnally and seasonally. Without a regional power pool, this would be much harder to achieve in each individual country.

Expanded solar and wind power generation, transmission infrastructure, and flexible operating rules of existing and planned hydropower plants can thus help countries in West Africa to avoid fossil fuel use while diversifying away from hydro-dependency. The latter will avoid many more ecologically damaging river-damming interventions in the future and set countries on a path towards solar power dominance, with important support from hydropower and wind power.

The study was done as part of the CIREG project. More information about the project can be found here. 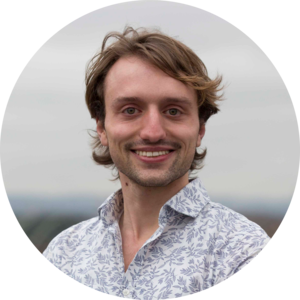