Science sidelined in approval of Australia’s largest coal mine

While political interference in science is nothing new, the recent approval of the Carmichael coal mine in Australia is a worrying example where independent scientific advice was repeatedly and systematically ignored.

Adani Mining’s recently approved Carmichael coal mine in Australia will be the first of potentially many coal mines in the untapped Galilee basin. While the Carmichael coal mine has been contentions on a number of fronts, a key issue throughout the nearly decade long approval process has been the threat that the mine poses to the nearby Doongmabulla Spring Complex (DSC), a collection of approximately 150 spring fed wetlands. The DSC are located within 8 km of the mine site that is set to span over 20 km in length and over 300 m deep within five years of operation.

A major question that remains is whether the Doongmabulla Spring Complex receives water exclusively from the shallow groundwater aquifers as asserted by Adani, or whether water, at least in part, is sourced from the deeper geological units which will be dewatered in the mining process. The question surrounding the likely source of the DSC has featured in court cases, reports by government agencies and independent scientists, and despite the mine’s approval, the source waters of the DSC are presently unknown.

The idea for our paper came about from Adrian Werner and Chris McGrath’s experience with the 2015 Queensland Land Court case against Adani mining. As a result of the court case, the judge ruled that while the mine did pose a risk to the DSC, that the mine could proceed owing to the proposed adaptive management strategies proposed by Adani. Concerned by the outcome of the case, Matthew Currell joined Adrian and Chris (amongst others) to re-examine the evidence and publish an article in the Journal of Hydrology outlining the issues with the findings of the case.

I joined the team in 2019 when we decided to visit the springs to make a preliminary investigation of our own. By this stage, we were becoming increasingly concerned at the apparent disregard for science surrounding the mine.  And thus, the idea to write our paper was born. We decided to put together a timeline of the mine approval process, identifying when scientific advice was provided and how it was used or ignored by decision-makers and the mining company.

What we uncovered were worrying examples of pressure placed on government scientists, decision-makers disregarding the scientific process and the influence of the Federal election on a mine that appears was going to be approved regardless of scientific findings. Indeed, the handling of the mine approval reflects Australia’s recent reduced standing in Transparency International’s 2019 Corruption Perception Index, where undue influence on decision making is described as an important contributing factor. 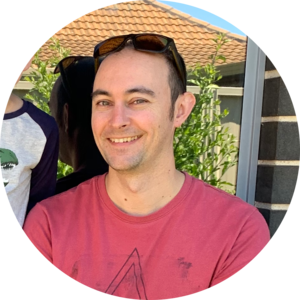