A new high temperature record of 18.3°C on the Antarctic continent

Near-surface air temperature at Esperanza station on the northern tip of the Antarctic Peninsula reached 18.3 °C on 6 February 2020, which is the highest temperature ever recorded on the entire Antarctic continent. This paper diagnosed the causes of the extreme warm event.

Last year, we saw the news of a record high temperature of 18.3 °C at Esperanza station on the Antarctic Peninsula. This record was just recognized by WMO on 1 July 2021 (https://public.wmo.int/en/media/press-release/wmo-verifies-one-temperature-record-antarctic-continent-and-rejects-another). The Antarctic Peninsula (AP) is the hotspot in the cryosphere associated with climate change. The high temperatures melt ice shelves, then the upstream glaciers flow towards the sea and hence, influence the global sea level. So, the mechanisms responsible for this record-high temperature are worth studying. On 24 June, our paper entitled “Dominate role of vertical air flows in the unprecedented warming on the Antarctic Peninsula in February 2020” was published in Communications Earth and Environment. Here we try to convey the main points of this work.

First, we investigated the variations of atmospheric circulation during the warm event. From the circulation features on 6 February, the high-pressure ridge favored the transport of warm air masses from the Pacific Ocean towards the AP. To quantify different contributions of horizontal advection, vertical motion and diabatic heating to the temperature changes, we introduced the thermodynamic equation. In the previous researches, the usual cause of the warm events over the northern AP is heat advection, and we thought that the horizontal advection is also the main contributor in this case. However, results showed that the direct cause was vertical motion. What was the specific process of the vertical motion? One can consider the subsidence due to a blocking high pressure, nonetheless, the location of the blocking high was far away from the Esperanza station.

Further analysis suggests the importance of the local orographic forcing, as the AP is a cordillera extending from the continent and narrowing towards the north. There is a mountain with an elevation of 1100 m to the southwest of the station. The temperature increased up to a maximum value accompanied by acceleration of southwesterly wind and decrease of air humidity. Comparing the observations and the terms of the thermodynamic equation related to vertical motion on both sides of the AP, we found that the vertical motion was associated with the foehn effect.

The last record-high temperature (17.5°C) of the Antarctic continent occurred at the same station in March 2015. Inspired by the research of the 2015 event, we also detected an atmospheric river towards the AP when the temperature record was broken on 6 February 2020. To ascertain the heat budget, we calculated the temperature changes due to different foehn mechanisms based on the output of a Lagrangian trajectorymodel. Consequently, there was no precipitation on the windward slope of the station. The atmospheric river was shaped by the strong wind instead of anomalous water vapour, and the foehn warming was dominated by sensible heat and radiation.

We then examined extreme high temperatures at Esperanza station in summers during 1973-2020 to provide a broader climatological context. The backward trajectories identified the sources and pathways of air masses. The trajectory cluster analysis revealed that the air masses during most of the extreme warm events originated over the Pacific Ocean. In addition, according to the composite analysis of 500 hPa geopotential height for the extreme warm events, the high-pressure anomaly is the typical large-scale circulation characteristic, resembling the 2020 event.

In summary, the warm air encountered the AP barrier and acted on the station as vertical flows(foehn). The large and local scale forcing collectively shaped the record high temperature. We believe that our work of the impact of vertical air flows on the record-warm event is conducive to interpreting the variability of weather and climate in the AP. 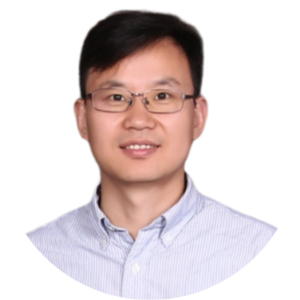