Back to the future with regional climate modelling

Almost a century ago, against the backdrop of the Great Depression, North America's Great Plains were devastated by drought, dust and record heat—known as the Dust Bowl decade. We set out to understand more about the Dust Bowl heatwaves and to achieve this, we sought help from people world-wide.

Climate science is chock-full of studies about the role of greenhouse gases in a warmer world, how it might make some extreme events become more extreme in the future. And more recently, we, as climate scientists, began to ask questions like: "how likely would a particular extreme event have been in the past without the influence of humans?" or alternatively: "are humans partly responsible for making a current extreme weather or climate event occur more often?". We study events in recent living memory like the European heatwave of 2003 or Russian heatwave of 2010, where we'd expect a possible human-induced signal. But what about events that happened long before many of us were alive, like those in the early 20th century? Perhaps the most extreme event of this period was the 1930s Dust Bowl, which crippled the agricultural heartland of the United States.

You might have read books like The Grapes of Wrath by John Steinbeck or seen the incredibly raw photos by Dorothea Lange or Arthur Rothstein. They depict the 'Dirty Thirties' as a devastating period for the United States, with prairie states crippled by droughts, massive dust storms and wide-spread poverty (on the back of the Great Depression). Yet most people may not realise that the 1930s were also incredibly hot. In fact, record-breakingly hot! Some individual states reached maximum monthly temperature records exceeding 110°F (43°C) in 1936. As reported in the Monthly Weather Review in 1937 by J. P. Kohler, nearly all of Oklahoma's weather stations recorded two consecutive weeks of temperatures above 100°F (37.8°C) from mid-July 1936.

As a group of researchers studying heat extremes, working on a project focusing on the climate of the early 20th century, this was of particular interest to us. My co-authors and I framed our research around two questions: "Is it possible that greenhouse gases from the burning of fossil fuels up to the 1930s increased the likelihood and intensity of the Dust Bowl heatwaves?" And "how much worse could the Dust Bowl heatwaves have been if they had occurred with today's atmospheric composition? ". Now we just needed the 'right' tools to answer these questions. Luckily for us, this is where our (amazing!) colleagues at the University of Oxford Environmental Change Institute (ECI) came into the frame.

Oxford is considered one of the world leaders in weather and climate attribution, with our ECI colleagues heading up the weather@home regional modelling initiative, considered "the world's largest climate modelling experiment".  It involves the coordination of tens of thousands of home PCs across the world, where the home user runs climate simulations in the background to answer questions like the ones we posed above.

So, with the help of citizen scientists from around the world, we were able to conduct 1000s of simulations of the same individual years across the central and southern United States - focusing on 1934 and 1936 - the two record-breaking US summers over the 20th century. I could finish the discussion there by saying everything ran smoothly but that wouldn’t be science. So about two years later than we originally planned and after rerunning about 500 simulations that accidentally got initial conditions not representing 1934 and 1936 at all, we ended up with a really unique ensemble of climate simulations that allowed us to analyse the drivers of the 1930s heat waves.

We were able to conclude that the greenhouse gas contribution to the 1930s heatwaves was fairly small at the time, at most leading to an extra two heatwave days over the southeast US.  And with the benefit of over a 1000 simulated Dust Bowls, we could show that a once-in-a-(very-long!)-lifetime (~100-years) heatwave - like the one aforementioned over Oklahoma in July 1936 - might happen once in every 40 years under present day atmospheric conditions. But the chances of breaking 1930s heatwave records seems more likely as the contiguous US tracks towards ever warmer summers and global greenhouse emissions continue to rise. The Dust Bowl, which shaped the collective US memory on an unprecedented climate-agricultural-humanitarian scale, might not be so rare after all in the future – another powerful illustration of the dramatic climate change we as humankind are experiencing!

We have to remember, however, this is one climate model's interpretation (albeit with 1000s of simulations) of the climate of the 1930s. There's still much we don't know about this time, including the role of ocean temperatures, the rapid rate at which land was cleared, and of course, the persistent dust. For me, this is what makes the Dust Bowl an intriguing period of history to study – where we see the connection between the past, the present and the future. 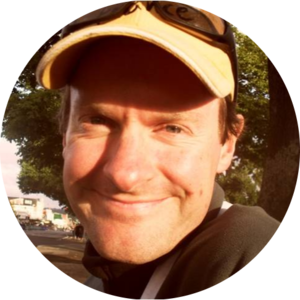