Humans continue to transform the Earth's surface at unprecedented rates. Land system scientists have used satellites for decades to quantify and explain where, how much, and why these changes occur. Humans change land use for many reasons- influenced by individual preferences, values, household economics, national policy, and international flows of capital. Scientists have learned a lot about how complex social and ecological interactions lead to land change. Yet illicit activity- transactions and exchanges that are intentionally hidden-remains one of the most difficult, and understudied, causes of land-use change. We published a paper demonstrating how to study the role illicit activity plays in land systems to encourage other scientists to help address this challenge!

Living in El Salvador in 2009 was my first introduction to illicit activity. While supporting communities leaders access flood relief during Hurricane Ida, I watched in shock as a local politician and priest falsified flood victims' names and sent them to the World Food Program. These two political and religious figures worked together to steal, sell, and hoard food aid that later appeared during the politician's electoral campaign. It was my first experience observing how clandestine activity- in this case corruption- shaped our world. Years later in graduate school, I began to notice in scientific publications about environmental systems footnotes in articles would often note the presence of illegal activity, corruption, or other behavior affecting X or Y system of study. From disaster relief to species conservation, from urban development across the world (including the USA), to mining and logging illicit behavior could be observed and explained- but often was not quantified. When my grandfather explained bribes he had to give the mafia to build hotels in Ohio, or when I began to study flood risk in informal settlements in Mexico City- I became increasingly aware that clandestine activity shaped the world in unexpected ways. Yet I found most of the studies and explanations of illicit behavior  were qualitative or case based. I wanted to quantify this activity I knew existed- and it would become the subject of my dissertation.

In 2015, I met other scientists who wanted to quantify social-environmental impacts illicit activity, too. I attended a workshop at the The Ohio State University, led by Dr. Kendra McSweeney called “NARCCC: Nodes in the inter-American Rural Cocaine Commodity Chain” with scholar and practitioner experts on the drug trafficking/development nexus in Central America. There, we developed a method to "socialize the pixel," linking understanding of the social process of money laundering to hypothesized pixel patterns of annual forest loss from The Global Change dataset developed by Dr. Matt Hansen. We published our study correlating anomalous deforestation(see below animation) to official drug trafficking data. Initial research questions evolved into a broader collaboration led by Drs. Kendra McSweeney and Erik Nielsen (Northern Arizona University) at SESYNC (National Center for Socio-Ecological Synthesis). Members of this team generated (and co-author) two of my dissertation chapters- how to conceptualize the role of illicit activity in land systems and how to use news media to measure causal effects of drug trafficking on forest loss.

In 2016 I returned to Central America with this research team studying the socio-environmental consequences of narcotrafficking. In the field in El Salvador, Nicaragua, and Guatemala, I learned about how drug traffickers operated across the region with my collaborators. I saw forest loss and extensive pasture conversion from the air, by boat, by car, and on foot. I once was asked if I had seen the kilos of cocaine that may have washed up on shore that day (because a boat was interdicted by the Navy, usually leading to kilos spilling over board, which locals can find and sell back to the drug traffickers) during field work in Nicaragua. I learned about the violence against community leaders, the involvement of high level actors and politicians, and the extensive capital that was circulating because of increased cocaine trafficking. I learned about where and how traffickers shift routes in response to U.S led interdiction policies in the War on Drugs (which based on data analysis and other published studies, neither reduces the supply of cocaine to the US nor profits of traffickers). I also met incredible organizations- like ACOFOP in the Petén and community leaders working to continue to protect forests and their communities in spite of the arrival of cocaine trafficking. In fact the place were forest loss is very low in Central America, is in community managed forest concessions in Northern Guatemala, even though narcotraffickers have threatened and killed community leaders and deforested surrounding areas.

I am often asked if studying narcotrafficking is dangerous for me. But as a scientist, we are not naming names or working with law enforcement, we are merely trying to understand broad phenomena and patterns shaping the world. The real risks are to people living in communities we study, and to the Central American journalists who are disappeared and killed in the region.

As a scientist, I have spent most of my time studying narcotrafficking from a privileged distance- sitting behind my computer, analyzing pixel deforestation patterns and correlating them to drug trafficking data, and showing results to collaborators over Skype. Linking illicit activity to land change in satellites imagery required many collaborators because I do not have the decades of experience, relationships, or ethnographic lens required to ask people who live in affected Central American communities how drug trafficking capital works to clear forest.  My field work was always in collaboration with others who could read the landscape in ways I couldn't- and pulled back the curtain (but only part way!). Some of my collaborators publish with our research group under pseudonyms to protect their identity- and that of the communities they work with. I can't share photos of most of my field work in presentations or publications- our research team won't even publish or share high resolution maps of our forest loss analysis (we blur or coarsen the maps). It is our ethical responsibility to ensure our research does not help anyone target or further increase violence in these regions.

Given the risks to local people and organizations, it becomes even more important for those able to do so to study illicit activity, and make the impacts of the War on Drugs visible and salient in conservation policy debates. The data on illicit activity are unusual- we cannot use surveys, census data, GDP, and other typical sources of social science data. We must be creative! Studying illicit activity requires multiple methods and disciplines to triangulate partial knowledge. But the data are there! One of my collaborators, Dr. Kendra McSweeney, requested data (like the Consolidated Counterdrug Database) for our study. With Dr. Jennifer Devine, we placed information requests via transparency laws to the Guatemalan government. Recently, I published a study that used news media as a proxy for drug trafficking. I found news media of drug trafficking explains an additional 5% of variation not explained by business-as-usual land change models. None of the data are perfect! But by getting a little creative with data and methods- we can quantify the role of illicit activity on landscapes.

Scientists often study causes of change using easily accessible data- instead of looking outside the lamplight. As the above cartoon shows- just because the light is better (or the data seems more common or available) doesn't mean we should limit the scope of our studies. In addition to increasing spatio and temporal resolution of satellite data- we have more access to data on social behavior, data leaks, financial transactions, and online news media than ever before. It's an exciting time to be a land change scientist. I can't wait to see the future studies that use these new types of data-revealing whats really shaping landscapes beyond the lamplight, and perhaps, the actors policies are failing to regulate. 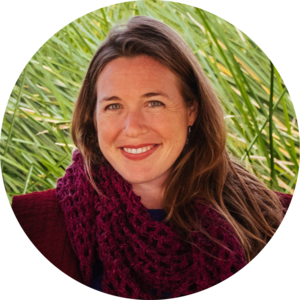