Menu
Contributor Nature
Behind the paper

When I first entered the PhD program at Rensselaer Polytechnic Institute in the fall of 2015, I knew I wanted to study global environmental changes and their impacts on aquatic ecosystems.

By the end of my first year there, I had been thinking a lot about the effects that warming surface waters were likely having on these systems. I knew that basic solubility relationships dictated that dissolved oxygen levels in aquatic systems should be declining due to increasing water temperature. I had also been thinking a lot about the temperature dependence of ecosystem respiration, and how oxygen demand may be increasing as temperatures increase. This was not just an issue I found intriguing as a researcher, but as an avid fly-fisherman, I was very aware of the effects such changes were likely to have on cold-water fishes, which tend to require highly oxygenated water. It is fortunate that I was doing my PhD work in the lab of Dr. Kevin Rose because his involvement with the Global Lake Ecological Observatory Network (GLEON) presented an ideal opportunity to explore this issue at a large scale.

Though my advisor and I shared an interest in exploring the response of oxygen in lakes to increasing surface water temperatures, the story behind this paper is really a story about the power of three things: team science, open data, and long-term environmental monitoring. In July of that first year, I attended a meeting of GLEON in Gaming, Austria. It is typical of such meetings that project ideas are generated in working groups and individuals emerge from the meeting committed to leading these projects. At that meeting, I participated in a working group centered around the idea that lakes are ‘sentinels’, or indicators of climate change. By the time I left the meeting, I had committed to leading a project exploring the issue of how oxygen is changing in lakes, emphasizing the role of changing temperatures. I was blissfully unaware of the work I was committing to, or that it would end up leading to a paper in Nature!

The research we planned was to be a part of my PhD work, so naturally Dr. Rose and I worked together closely on the project. However, the effort involved a team of dozens of collaborators from around the globe. Our large team met virtually at regular intervals to discuss the latest developments and ideas for the direction of the project. While large projects often require large teams, at first I was surprised by the amount of time I had to dedicate to logistics, meeting planning, and communications with collaborators. For example, I held two versions of every meeting at different times of the day so as to accommodate collaborators in very different time zones. Additionally, at the writing stage, each draft had edits from each team member and each round of edits required reading, tracking, digesting, and parsing out the ideas having the greatest merit. It was a truly massive effort. Nonetheless, the ideas generated through this process greatly elevated the final product that resulted from this work.

GLEON’s culture of open data and data sharing was critical to making this project work. Most team members had data from lakes they had worked on that they were willing to share. Data poured in from lakes around the globe. Soon we had data from over 100 lakes. This seemed like a lot, but it ended up being a relatively small proportion of the final number of lakes we would get. At this time, many state and federal government agencies were beginning make data available online through publicly accessible databases. After accessing such data, and contacting government agencies directly, we ended up with long-term data from roughly 400 temperate lakes. Without such a large dataset, we likely would have lacked the statistical power necessary to observe some of the more interesting findings that came out of our study.

To talk about change through time requires not only data, but long-term data. Without long-term environmental monitoring programs, this project also would not have been possible. This work testifies to the importance of the ongoing long-term monitoring that many agencies and academic institutions are conducting. High profile, NSF funded efforts such as the North Temperate Lakes Long-Term Ecological Research site in Wisconsin are well known in limnological circles. Clearly, these efforts are yielding the hard data needed to understand change through time. However, such efforts actually comprise a small proportion of all sites. Our research benefited from long-term monitoring conducted by state and other agencies, which often monitor many dozens of lakes in each jurisdiction. Such programs may periodically struggle with justifying the cost of their efforts to funding sources, but here we clearly see the value of these programs.

What did all of this data and team science allow us to say about how oxygen is changing in lakes? The summary is that we find that oxygen is declining in both surface waters and deep waters of lakes. In surface waters of lakes, declines largely follow the expectations of declining solubility with increasing temperatures, as we predicted. However, we also discovered some interesting things taking place. For example, in lakes having excess nutrients related to agricultural or other development, as water temperatures exceeded a threshold temperature of about 25 degrees C, many exhibited increasing surface dissolved oxygen, despite declining solubility. This observed temperature threshold is in a temperature range typically considered to favor potentially toxic cyanobacteria. Together, our discovery suggests we are seeing evidence of oxygen generation from widespread increases in cyanobacterial blooms in the surface waters of many warming eutrophic lakes.

Somewhat surprisingly, we discovered that in deep waters, oxygen declines were unrelated to solubility as deep-water temperatures were unchanging overall. Instead, deep-water declines are largely associated with increases in stratification strength. Stratification is the process where lake water separates into distinct layers, characterized by warmer less dense water near the surface and cooler, more dense water at depth. Because water density is related to temperature, the distinct temperature layers tend to limit mixing between deep waters and surface waters, where most processes that oxygenate water occur. We observed that most lakes were experiencing increases in this density difference due to warming surface waters but unchanging deep-water temperatures. Overall, we found that declines in deep-water oxygen were associated with increases in this density difference as well as declines in water clarity. However, while most lakes were increasing in stratification strength, only a minority exhibited declining water clarity through time.

Our discovery of widespread declines in dissolved oxygen implies that habitat for many organisms is declining in lakes. Indeed, oxygen is required for all complex life. However, oxygen is also important for many chemical processes in lakes. Therefore, the changes we observe also imply increased release of limiting nutrients from lake sediments, with potential consequent increases in harmful and other algal biomass, as well as increased deep-water storage and release of methane from lakes. 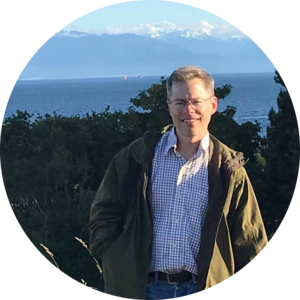