For at least the last 30 years, no country has met the basic needs of its residents without overconsuming natural resources, and none are on track to do so over the next 30 years. Countries tend to overshoot fair shares of planetary boundaries faster than they achieve minimum social thresholds.

In 2018, we published an empirical study for a single year in Nature Sustainability, which found that no country currently meets the basic needs of its citizens at a globally sustainable level of resource use. Since that study was published, the most common question that we have received is about directionality, namely whether or not there are any countries moving towards the safe and just space envisioned by the ‘Doughnut of Social and Planetary Boundaries’.

Our new study aims to answer that question. The idea was simple: we wanted to look as far back in time as existing data would allow for a large set of countries to see whether any have been meeting the basic needs of their residents within planetary boundaries. We also hoped that a better understanding of historical country trajectories could provide insights on what could happen in the future.

The country-level findings for social and ecological performance are available through an interactive website that we developed to make the data analysis easy to explore visually. It also allows users to download the full dataset, or results for an individual country.

The results show an alarming lack of progress in addressing the dual challenges of meeting the needs of all people within the means of the living planet.

Of the 148 countries we analysed, not one country has met the basic needs of its citizens at a globally sustainable level of resource use for at least the last 30 years. Although there have been some social improvements, we found a worrying trend where countries tend to overshoot fair shares of planetary boundaries faster than they achieve minimum social thresholds:

Actions needed to reverse current trends and move towards the Doughnut of social and planetary boundaries clearly depend on the extent of a country’s social shortfall and/or ecological overshoot.

Lower-income countries like Nigeria and India tend to still be well within fair shares of most planetary boundaries, but they face an urgent need to accelerate improvements in social performance to meet basic needs.

Middle-income countries like China and Peru face the challenge of needing to continue improving social performance, while simultaneously scaling back resource use to be within biophysical boundaries. Costa Rica stands out for consistently transforming resources into social achievement more efficiently than any other country, but it also follows the general trend of increasing ecological overshoot over time.

Wealthy countries like the US, UK, and Germany tend to have levels of resource use far beyond their fair shares of planetary boundaries, and their extent of ecological overshoot has generally been increasing. They need to radically scale down resource use without adversely affecting relatively high levels of social performance.

Overall, our results indicate that an unprecedented transformation is needed in all countries, but there is also a need to transform the relations between them. A core problem is that the global economic system is organized around the interests of capital accumulation and elite consumption, rather than around human well-being.  We need to shift to a system that prioritizes human needs and ecological stability instead.

Wealthy countries must move beyond the pursuit of economic growth, which has been failing to improve social outcomes. It is also driving global climate and ecological impacts that are hitting poorer countries first and hardest. Countries like the US, UK, and Germany should consider post-growth policies that directly target non-material improvements in human well-being and radical reductions in resource use.

Lower-income countries should have the freedom to build sovereign economic capacity, while using social policy and public services to deliver universal healthcare, education, housing, good livelihoods, and food security. The neoliberal policies that have been imposed on these countries over the past four decades have failed to deliver meaningful outcomes. The existing economic system mobilises Southern resources and labour to support elite consumption and serve the interests of foreign investors, rather than to meet basic needs. This urgently needs to change.

We hope that the results of our new article and the accompanying website will inspire additional research and action that builds on the Doughnut — from neighbourhoods to nations — and help shape policy for a more sustainable society. We encourage you to dive in! 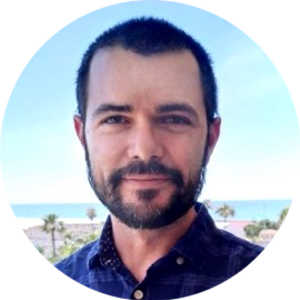