Scenarios can support climate action, yet they largely overlook the societal dimension of climate extremes. We propose a framework to build integrated social-environmental extreme scenarios for understanding societal implications of future unprecedented climate extremes.
Maria Rusca and Gabriele Messori
2 contributors
Like Liked by Evelina Satkevic and 2 others
0

The socio-political factors influencing societal responses to drought are often overlooked in risk assessments. Here, a social-environmental scenario that bridges natural and social sciences is used to analyse responses of a Southern African city to unprecedented drought.

In the Anthropocene, climate extremes are often shaped by humans, and the same climate extreme can have very different consequences for different societal groups. Scenarios of future climate extremes typically overlook this social-environmental interplay. Integrated scenarios crossing the natural and social sciences are increasingly invoked, but all too often the challenges of working across different epistemological and methodological perspectives prevent meaningful collaborations. We recently developed the social-environmental extreme scenario approach (SEEA), which combines critical social sciences and climate projection to explore the interplay of future climate extremes and urban inequalities. Not surprisingly, we had to dedicate a significant amount of time to leverage and integrate the strengths of different disciplines, and bridge the critical and technical, the social and physical, local empirical analyses and regional climate projections, as well as retrospective qualitative analyses with climate projections.  We then applied our approach to the analysis of societal responses to unprecedented extremes in cities in Southern Africa. To this aim, we developed a scenario of an unprecedented drought in Maputo, Mozambique, combining four sets of data (Fig. 1):

This approach allowed us to provide an impact-focused scenario of future social-environmental drought risks in Southern Africa, beyond what we could have achieved within our disciplinary boundaries.

Our findings suggest that in Southern African cities unprecedented droughts will likely polarise urban inequalities, generate localized public health crises and even generate new forms of inequalities. As an example, the water crises in Maputo and Cape Town show that higher income residents have the financial resources and assets to buy themselves out of the crisis. In the short term, they can rely on additional water sources like bottled water, which is unaffordable for low-income groups. In the mid-term, they can invest on the development of water infrastructures such as wells and rainwater harvesting facilities to complement the rationed water supply provided by the water utility.  Given these dynamics, we can expect growing ‘privatisation’ or ‘individualisation’ of adaptation measures by higher income groups, whilst the most vulnerable households will remain at risk. Moreover, higher-income households can afford tariff increases and even to be fined for overconsumption.

Importantly, our empirical work also clearly shows that inequalities generated by a drought are always more than ‘just’ inequalities in water access. For example, it is well known that in many cases, gendered roles attribute to women the task of providing water for the household. In Maputo, water rationing measures often resulted in much longer water shortages for the residents at the margins of the network, with some neighbourhoods only receiving water at night or every 2-3 days. This had significant implications for women who spent significantly more time sourcing water, experienced heightened stress and physical fatigue, and were exposed to greater risks of experiencing physical violence, especially when water was only available at night. A future unprecedented drought, therefore, might further polarise gendered inequalities (Fig. 2). Another critical dimension of inequality concerns health risks. In low-income neighbourhoods in Maputo, the lower quality of the water infrastructure combined with higher levels of water discontinuity and the presence of pit latrines increases risks of water contamination and diarrheal diseases, including cholera, especially during droughts. In other words, an unprecedented drought will likely generate significant health risk in urban areas with the greatest infrastructural deficits (Fig. 2). Last, water restrictions can also negatively affect food security of low-income residents, who often rely on vegetable gardens as an important source of livelihood (Fig. 2).

So, rather than thinking of urban areas as an undifferentiated whole, we need to ‘zoom in’, focus on and understand social, spatial, and economic differentiation in the city, and consider who is more likely to suffer disproportionally from water crises. In this light, there is also a need to carefully consider the impact of policy measures enforced during droughts. As we discuss above, rationing measures might influence the behaviour of residents that consume less, rather than that of higher-consuming ones who can afford tariff increases and to ‘privately adapt’ to water crises. If policy measures are not carefully implemented, they might end up polarising inequalities. Our research also revealed a tendency of addressing climate-related water crises by increasing supply. Paradoxically, this measure can increase inequalities and lead to unsustainable water uses. As shown in Cape Town, a greater water availability can generate a false sense of security, which in turn can lead to an increase in consumption. Ultimately, this can trigger a viscous and unsustainable supply-demand cycle, which can make cities more vulnerable to future droughts.

Ensuring inclusive adaptation to climate-related extremes in cities, therefore, requires proactive approaches to reduce urban inequalities and unsustainable consumption, rather than reactive policy measures to respond to an incumbent drought. To reduce these inequalities, we need to recognise why they exist in the first place. Through a combined historical and geographical analysis, we have trace spatial, economic, and social inequalities in Maputo and Cape Town to colonial legacies, racial capitalism, as well as different segregation policies and strategies to manage so-called informal settlements that ultimately determine what a climate-related water crisis means for different groups living in the same city.

More generally, the SEEA is applicable to a range of extremes, including floods, wildfires, heatwaves, and earthquakes. We will continue working with and refining this approach and hope that other interdisciplinary teams might be interested in drawing on the SEEA to develop impact-focused scenarios informed by critical social sciences. Recognising the centrality of the dynamical interplay between climate extremes and socio-political processes and developing alternative policy and economic visions is essential to ensuring inclusive adaptation to ongoing and future climate change. 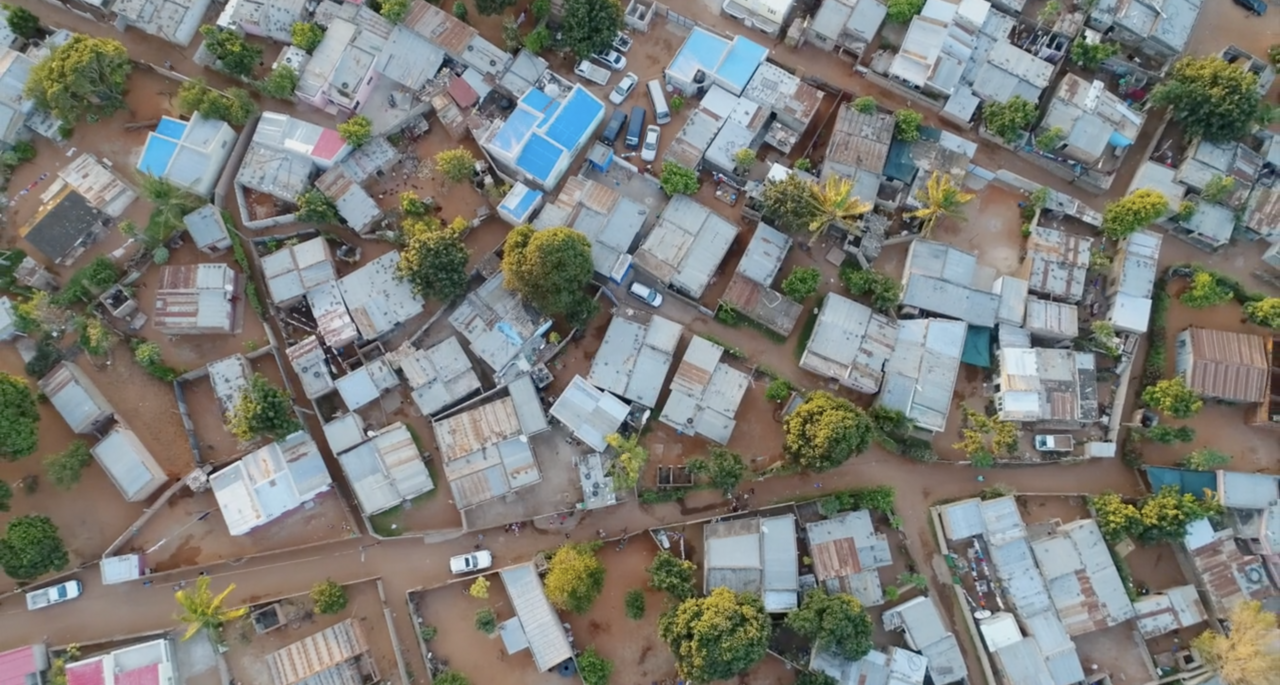