Clues of past warmth preserved in alpine caves

High in the European Alps, there are caves containing delicate rock formations that survived the onslaught of glaciations, and captured the climate signal from a past warm period.

As the Earth is warming, there is a big push in the scientific community to identify past warm periods in order to better predict what might happen in the future. This sounds fairly straightforward, but is quite far from it! One of the big problems with obtaining geologic records from past warm periods is the presence of cold periods that happen in-between warm periods. These cold periods came complete with kilometers thick ice sheets and extensive alpine glaciation that eroded away a lot of the warmer-period records of the past. The ice during these cold periods sort-of scraped the land clean like bulldozers, leaving nothing behind but piles of rocks!

In order to find a geologic record of past warm periods in previously glaciated areas, such as the European Alps, we need a location that is sheltered from the destructive force of ice. Caves, being void spaces underground, are superb at protecting delicate rock formations (speleothems) that capture the climate signal of previous warm periods. In this study, we take full advantage of this, and located caves in the high-elevation European Alps that contained speleothem formations that preserved the climate from the previous warm period on Earth, between about 129,000 and 116,000 years ago.

There were a lot of interesting things we learned from this high-elevation speleothem record, but the coolest (or should I say warmest?) thing we learned is that temperatures were much warmer during the previous warm period on Earth than our modern-day warm period, and much warmer than lower elevation studies. This could point to accelerated warming at higher elevations with increasing greenhouse gas emissions. Another interesting thing we learned is that there was a big cold pulse during the warmest part of our record, possibly as a result of huge meltwater events from the Greenland ice sheet. The ice sheet meltwater from Greenland would, simply put, flow into the Atlantic Ocean and sort-of block heat and moisture from making it to Europe. Therefore, in the future, warming temperatures may not only lead to extreme heat, but also abrupt cold events.

In the end, there is still much more to learn from previous warm periods that will help guide humanity in the future. But, I hope this study helps shed a little light on this “hot” topic. 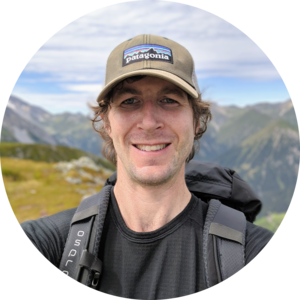