The relationship between aircraft soot emissions and changes in high cloudiness: an essay.

Emissions from aircraft are involved with multiple environmental issues. Most importantly, air travel has consequences for our climate. During the 1990s, a vibrant international research community set out to understand the various ways in which aviation alters atmospheric composition, cloudiness and climate. Aircraft contrails are man-made ice clouds. My research back then showed that the physical characteristics of the white, wispy trails painted in the skies by airplanes could best be explained by their soot emissions — particles made from black carbon and condensable substances produced during combustion of fossil fuel, kerosene for that matter.

Ice crystals in contrails form around the minute soot particles emitted by aircraft jet engines — thousand times smaller than a hair’s breadth. In areas with high traffic volume and in favorable weather conditions, contrails persist and spread adding up to vast contrail cirrus decks at aircraft cruise altitudes, where the air is typically colder than –40oC and at times moist enough to sustain ice clouds for much of a day. While young contrails are line-shaped, older contrail cirrus come in a variety of shapes and may be hard to identify or separate from other cirrus clouds.

It has long been known that the atmospheric warming caused by aircraft soot emissions due to absorption of sunlight is insignificant, because the total soot mass involved is small. In recent years, climate models quantified for the first time the significant impact of contrail cirrus on the Earth's energy balance and airborne observations confirmed the expected connection between the number of emitted soot particles and the number of ice crystals in contrails. However, not all questions revolving around aircraft soot and clouds were answered — some field data suggested correlations between soot and physical properties of natural cirrus, implying that these soot particles not only form contrail cirrus, but might also modify the formation of other icy clouds.

While the scientific understanding of the soot-contrail link matured, the soot-cirrus link remained on the list of pressing research issues to this day, because a process-level understanding and direct observational evidence were lacking. Some climate models predicted a global radiative imbalance (forcing) due to aircraft soot-induced cirrus changes that, if substantiated, would dwarf the radiative forcing from all other aviation forcing components together. As a result, best estimates of the entire climate impact of aviation remain undetermined. In this way, the soot-cirrus issue hinders aviation to support measures to reach global climate goals. Resolving this long-standing issue has immediate economic and societal implications.

To quantify cloudiness changes due to aviation, we need to understand how ice clouds form. After more than two decades of work to better understand cirrus and contrail cirrus formation and their representation in global climate models, my scientific research came full circle when I learned that laboratory measurements made a key step towards resolving a pending mystery: How and under which conditions do soot particles form cloud ice crystals? I teamed up with Fabian Mahrt in Canada and Claudia Marcolli in Switzerland, who measured and analyzed the laboratory data evidencing that the ice-forming ability of soot particles depends on their atmospheric trajectory and strongly decreases with their size. I integrated the novel representation of soot-induced ice formation in a comprehensive high-resolution cirrus model. Together, we tackled the elusive soot-cirrus problem — contrary to previous approaches — from a radically different angle in our recent publication.

I was planning on traveling to Zurich to kick off our spontaneous collaboration. The coronavirus pandemic botched this up and it so happened that we discussed plans, problems and progress in online meetings and countless emails over a one-year period. The story behind our paper is proof once again how well scientific research can be accomplished outside the confines of formalized projects — out of curiosity and just for the fun of it, the main sources of creativity after all.

But now back to the science: Predicting the extent to which aircraft soot emissions affect climate through interactions with cirrus with the help of cloud models is hard to come by due in part to large atmospheric variability in factors controlling cirrus formation. Our strategy therefore was to intentionally overestimate the soot impact in our model in order to determine the maximum conceivable effect on cirrus formation. Turning conventional wisdom on its head, our research shows that aircraft-emitted soot particles previously frozen in contrails exert only a limited effect on cirrus clouds mainly due to their small size: fewer than one out of hundred soot particles exhibit significant ice activity. It is stunning that just a handful of ice-active soot particles in a liter of air suffice to alter the total number and mean size of ice crystals in a cirrus cloud. However, we find that even under very favorable conditions the soot particles do not significantly change the cloud’s optical thickness, which measures the change in radiant power passing through it. This strongly constrains the radiative forcing of aircraft soot-cirrus interactions and therefore their effect on global warming.

The scientific community is now better prepared to devise dedicated field measurements that might confirm the limited effect of aircraft soot emissions on cirrus and to improve the cloud schemes programmed in global climate models. Such models are still needed to quantify the climate impact due to the indirect soot-induced cirrus changes, which we now expect to be much smaller than the direct impact due to persistent contrails and contrail cirrus and may even be insignificant.

To sum up: aircraft-emitted soot particles form contrail cirrus and it has been asserted that they modify other cirrus. These are two distinct issues, since we know that soot forms contrail ice crystals in jet engine exhaust plumes via a different pathway than they might form cirrus ice crystals in the atmosphere. The two issues are connected, nevertheless, because it’s the soot residues released from dissipating contrails that develop significant ice-forming ability in atmospheric conditions. However, our study shows that even under the most favorable conditions, this ability and the effect they might have on cirrus optical thickness are much weaker than previously claimed.

The answer to the title question is therefore: Yes! Aircraft soot particles do matter, because they form contrail cirrus, and not by themselves or because their impact on other cirrus clouds is large. Recent airborne measurements studied systematically how kerosene blended with alternative jet fuels reduces ice crystal numbers in contrails at formation, guided by a theoretical understanding of the soot-induced ice formation process. However, large reductions in soot particle numbers are needed to lower contrail ice crystal numbers significantly for present-day soot emissions. The necessary low levels of soot emissions needed to reduce the contrail cirrus climate impact significantly require the use of pure alternative fuels causing next to no soot emissions. Efforts to lower aircraft soot emissions substantially may be complemented by introducing new propulsion technology guided by a better understanding of soot formation processes in aircraft engine combustors.

Our study allows the role of aviation in anthropogenic climate change to be defined with much increased confidence, arguably the most crucial element in any policy decision making process. Does this mean our findings exempt aviation from efforts to reduce its effects on climate? By all means: No! Mitigation efforts can remain focused on the largest terms in the aviation-climate equation: long-lived aircraft CO2 emissions and contrail cirrus as aviation’s major short-lived non-CO2 climate forcing agent. In view of the growing public awareness of the climate impact of aviation, transitioning away from crude-oil based kerosene towards sustainable aviation fuels — produced with minimal carbon footprint and without implementation challenge, e.g. green synthetic fuel — helps decarbonize aviation and reduce contrail cirrus-induced global warming. 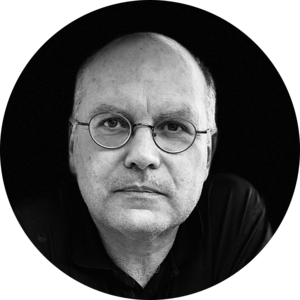 My main research interest lies in the physics of ice-containing clouds. As a specialty, I am investigating atmospheric effects of aviation.