Reforestation has been touted as a cost-effective nature-based solution to address climate change. However, its efficacy will likely be constrained by context-dependent biophysical, financial, land-use and operational limitations.

To address the climate crises, the 2015 Paris Climate Agreement sets to limit global warming to well below 2 °C by the turn of the century. Complementing the shift to renewable energy and development of carbon capture technologies, reforestation is increasingly being recognised as a cost-effective nature-based climate solution.

In Southeast Asia, where the biophysical and climatic conditions favour high primary productivity and carbon sequestration, a 121 million ha of degraded forests was found to be biophysically suitable for reforestation. This contributes to a climate mitigation potential of 3.4 Gt of CO2e per annum from now through to 2030.

These scenarios exhibit how the climate mitigation potential can be diminished if we considered constraints beyond biophysical suitability. Often, successful reforestation considers multiple constraints simultaneously, in reflection of the various priorities on the ground. Other environmental, social, cultural, and political factors are also likely to influence decision-making at different stages of the reforestation process, impacting the efficacy of reforestation as a nature-based climate solution.

Nevertheless, these barriers can be overcome with strong government commitment to climate mitigation, smart policies, and financial support from the private sector. Involving less agriculture-intensive smallholders in reforestation activities too can contribute substantially towards the climate mitigation potential. Such initiatives can allow countries to edge closer to their Nationally Determined Contribution targets, thereby supporting the effort in tackling the climate crises. 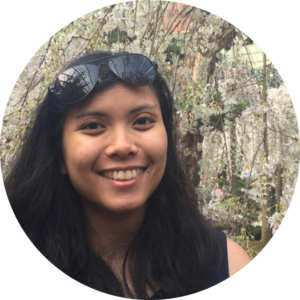 Many scholars have pondered whether smaller farms are better in terms of environmental, economic, and social outcomes. In our paper, we synthesize data from studies that have been conducted on this question over the last 50 years. We show that smaller farms have higher yields and biodiversity.

Navin Ramankutty
Springer Nature Sustainability Community
We use cookies to help improve your experience. By continuing to browse our website you are consenting to our use of cookies.
Learn more