Finally, a reverse osmosis membrane not vulnerable to active chlorine.

Reverse osmosis membranes are the primary technology for desalination and wastewater reuse, but they are prone to fouling and subsequent performance deterioration due to poor tolerance to disinfecting agents such as chlorine. We provide a new chlorine-resistant membrane to prevent biological growth on membrane surfaces and increase the sustainability of desalination and wastewater reuse.

I often ask myself and Prof. Menachem Elimelech, a professor at Yale University, is there any seawater desalination technology that can outperform reverse osmosis (RO)? RO has been the most mature and competitive desalination technology over the past several decades, and its dominance seems unlikely to be challenged in the near future.

Specifically, the thin-film composite (TFC) polyamide RO membrane has been the gold standard for desalination and wastewater reuse for the past 40 years. The TFC RO membrane has ultra-high water permeability as well as water/salt selectivity, which allows it to recovery water from sources with a range of salinities (e.g., seawater and brackish water). The remaining critical downfall of the TFC polyamide RO membrane is its poor tolerance to oxidizing and disinfecting agents such as chlorine. Chlorine is needed for preventing membrane biofouling ¾ a cause of poor membrane performance ¾ in order to enhance the reliability and energy efficiency of RO. The integrity and performance of TFC polyamide RO membranes significantly deteriorates upon exposure to chlorine and other oxidizing agents, thus precluding the use of direct chlorination as a means of preventing membrane biofouling.

Because of this crucial limitation, RO desalination requires extensive pretreatment of feed water and frequent chemical cleaning of fouled membranes, which drastically shortens membrane lifespan. Membrane modules are replaced at 10-20% annually, significantly increasing the cost of seawater and wastewater desalination. Therefore, there is a pressing need to develop a membrane that possesses chlorine-resistance as well as similar water permeability and salt rejection to TFC polyamide RO membranes. However, after nearly a half century of academic and industrial effort, such a membrane remains the holy grail of the industry.

This was the springboard of our adventure in 2013. After a thorough analysis of the chlorine attack mechanism of conventional polyamide RO membranes, we held a firm opinion that the only way to solve the chlorination problem was to use entirely different membrane chemistry. This conclusion was also shared by the broader scientific community. Following this intuition over the next three years, we proposed a series of monomers that we saw as promising for constructing novel, chlorine-tolerant RO membranes owing to their molecular design. However, much to our surprise, the newly designed membranes proved to enhance membrane chlorine resistance only slightly. For a time, our progress seemed to come to a screeching halt.

In the summer of 2017, I took my daughter to a swimming pool and I began to consider how the chemistry of swimwear — chlorine-resistant polyester — could be applied to desalination membranes. I asked myself if we could create a desalination membrane based on similar chemistry found in swimsuits using a fabrication process similar to conventional TFC polyamide membranes (called interfacial polymerization). As it turns out, the answer is yes.

The breakthrough came when we started to fabricate the polyester RO membrane in laboratory conditions. We were pleased to observe that our new polyester membrane exhibited comparable desalination performance to conventional TFC RO membranes. More importantly, our membrane could also be treated with chlorine without affecting membrane water permeability and salt rejection. Any biological growth on the membrane surface (commonly known as biofouling, which deteriorates membrane performance) could be reversed using chlorine and thus the pristine desalination performance of the membrane restored.

A chlorine-resistant membrane will significantly advance reverse osmosis desalination as a sustainable technology to meet global water challenges of the future. The RO industry has sought to solve the issue of membrane biofouling for the past 40 years, and our technological innovation may pave a way out of this long-lasting predicament. However, this work is certainly not finished and will require collaboration between academia and industry to scale-up and commercialize the technology. Only time will tell. 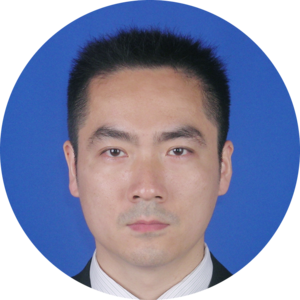