The sea ice extent minimum in the Arctic ocean, normally occurring in the middle of September, has declined at an alarming rate over the past decades. On September 15, 2020, it reached to the second-lowest extent since the late 1970s, behind only 2012.  It has long been understood that anthropogenic forcing is a primary driver of the decline. However, the puzzle of sea ice melting is still not fully solved with some missing pieces, among which, the role of clouds appears to be a large one that scientists have sought for a long time. Clouds in the Arctic have been known to have large influences on sea ice. Of particular significance are low clouds, which are a key climate feature over the Arctic Ocean during summer, because of their proximity to the sea ice and strong influence on the amount of radiation that is incident on the surface. Weak air-sea gradients in summer limit the surface’s influence on clouds and as the Arctic becomes warmer, studies have suggested clouds may become more sensitive to large-scale circulation and together actively drive sea ice variations in summer. However, the physical reason behind this relationship is not within reach. With a better understanding of this connection, we can further our pursuit of this absent piece of the sea ice melting puzzle.

Our team including researchers from the University of Arizona and University of California, Santa Barbara worked together to disentangle these complex causal relationships between large-scale circulation, clouds, and sea ice during Arctic summer from 2000 to 2016, considering that cloud observations are more reliable during this 17-year period. In particular, this study seeks to answer the following questions with better precision and new physical insights: How large-scale atmospheric circulation variability regulates changes in low clouds? How important is the role of low clouds in modulating sea ice melt versus that induced by anthropogenic forcing in summer?

To answer these questions, the study uses two novel approaches including: I) a fingerprint analysis to focus on those sub-periods of a long integration of model simulations when the observed circulation patterns are successfully reproduced; II) nudging experiments in which observed winds in the Arctic are imposed in a climate model. Nudging is a simple form of data assimilation that essentially replays observed winds in a model. The most appealing part of this study is the experimental design. To directly demonstrate the impacts of large-scale circulation, we conducted a variety of fully coupled simulations using the Community Earth System Model (CESM), in which the model’s circulation in the Arctic is nudged to the three-dimensional wind fields from the real world but anthropogenic forcing is fixed at a constant value. By doing this, we can separately examine the relative roles of anthropogenic forcing and winds in driving clouds and sea ice. This nudging simulation thus provides us a good opportunity to examine how observed winds drive clouds and sea ice in the absence of human impact.

Although this study emphasized the importance of longwave fluxes, it does not mean that other fluxes sensitive to clouds are not important, such as shortwave radiation. Thus, in the end of the paper, we spend some time assessing variability of shortwave fluxes and suggest that low clouds must work with the surface to determine how much solar radiation could reach and be absorbed by the surface. We further emphasize that shortwave radiation changes in summer are more sensitive to sea ice melt, rather than clouds, because of the important role of surface albedo in determining multiple reflections between clouds and the surface.

Considering a strong control of large-scale circulation on summertime low clouds in the Arctic, accurate simulation of this linkage is a prerequisite for climate models to produce reliable future projections of Arctic sea ice. Our study is thus meant to offer a new direction for future Arctic climate research so that more efforts could be targeted on more fundamental questions related to this relationship, such as how our climate models replicate this relationship if the observed winds are not specified and how a similar type of circulation pattern influences clouds in the Arctic in different seasons. 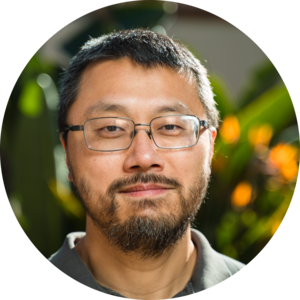