We show an overall decline in marine debris snagged by Hawai’i-based commercial pelagic longline vessels from 2008-2016. The debris was dominated by derelict fishing gear from other fisheries. We discuss possible mechanisms for the observed decline.

Data collected by observers is summarized as catch per unit effort (CPUE) and is the most common source of fishery-dependent data used to develop indices of population abundance for stock assessments. CPUE only measures the portion of the population susceptible to the fishing gear within the temporal and spatial scales exploited by the fishery and is not proportional to the total population. CPUE is typically standardized to account for the variation in catch rate that cannot be attributed to changes in population size, providing an index of relative abundance.

The Hawai’i-based commercial pelagic longline fishery has relied on observer data since 1994. This fishery primarily targets bigeye tuna (deep sector fishery, ~250m depth) and swordfish (shallow sector fishery, ~60m depth). Regulations require all vessels operating in the shallow sector to have observers onboard; the deep sector maintains ~20% observer coverage. Vessels fish in an area of the North Pacific Ocean called the Subtropical Convergence Zone (STCZ), a surface oceanic front driven by wind and salinity and temperature gradients and which separates the west flowing North Equatorial Current from the North Pacific Current. Tuna and swordfish are attracted to the SCTZ because it supports seasonally high numbers of their preferred prey.

The STCZ is also an area where marine debris accumulates, most notably in the convergence zone’s eastern region, dubbed the Great Pacific Garbage Patch. Thus, it is not unusual for longlines to snag marine debris. Longlines appear to selectively “catch” derelict fishing gear from other commercial fisheries operating throughout the North Pacific Ocean.

In 2007, the NOAA Pacific Islands Region Observer Program and the NOAA Marine Debris Program agreed to have observers begin recording the number and types of marine debris snagged by longlines. I wondered if these debris “catches” could be modeled in the same way as bycatch and incidental species catch. If so, this would provide marine debris CPUE and allow an estimation of debris relative abundance in the Hawai’i longline fishing grounds. I consulted with two Hawai’i-based fisheries scientists having expertise in CPUE of incidental species in this fishery. They noted a number of similarities between the marine debris data and incidental species catch data, namely, many observations of zero catch. They agreed that their statistical model may indeed prove useful to describe marine debris - a collaboration was born! To our knowledge, this represents the first comprehensive analysis of fishery-dependent marine debris data gathered from a commercial fishery observation program – a rare, novel, and opportunistic dataset.

Although we considered all marine debris types in our analysis, nearly 90% of the snagged items were derelict fishing gear from other fisheries (see Figure 2 below). Our statistical analysis found that the relative abundance of derelict fishing gear “caught” by the Hawai’i longlines has declined by two thirds (~66%) in less than a decade (see Fig 3A below).

What is driving this apparent decline? It is possible that debris stranding in nearshore waters and on shorelines accompanied by decades of organized removal efforts in the Northwestern Hawaiian Islands may have eliminated some derelict fishing gear from circulation, subsequently reducing the amount available for snagging by longlines. In addition, following the 2011 Tōhoku Japan earthquake and tsunami, over 30,000 fishing boats were lost in Japan. Thus, the total number of active Japanese commercial longline and purse seine vessels targeting the Pacific Ocean has declined substantially. Fewer active fishing vessels means fewer opportunities for lost gear, which may explain to a degree the observed decline. Nonetheless, with these data, we could not definitively identify the causes of the decline over time detected by our model.

Despite substantially fewer vessels operating in the shallow sector of the fishery versus the deep sector, standardized CPUE of derelict fishing gear was four-fold greater. Greater standardized CPUE combined with 100% shallow sector observer coverage suggests that marine debris observer reporting focused in this sector may be most effective. On occasion, fishermen voluntarily haul and stow snagged debris for disposal in port, effectively removing it from circulation. Future management considerations for the mitigation of marine debris may include incentivizing at-sea removal by fishermen.

This study was a collaboration between the NOAA Marine Debris Program, the NOAA Pacific Islands Fisheries Science Center, and Walsh Analytical Service. We appreciate the hard work of the Hawai’i longline fishery observers to collect these important data. The results of this study were recently published in the journal Scientific Reports and may be accessed here: https://www.nature.com/articles/s41598-020-64771-1. 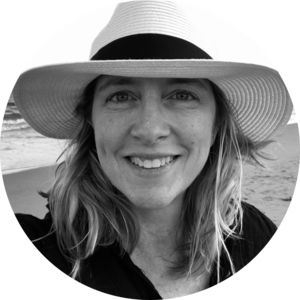