Back in 2015, in a small research project funded by Natural Environment Research Council, through our discussion with emergency responders in Leicester City, we discovered one of the key performance indicators for emergency responders in England, i.e. the response time targets from when an emergency call reaches the responders’ switchboard to when they arrive at the site. For example, Ambulance Services in England are expected to reach the most seriously ill patients (Category 1) on average within 7 minutes, and within 15 minutes 90% of the time. Response time target for Fire & Rescue Service varies from city to city, typically between 5 to 10 minutes, with 6 minutes being the internal target for London Fire Brigade.

Such response time targets are often challenging to achieve, even in normal conditions. For example, for Ambulance Service in England, the previous 8-minute target was missed regularly from 2014 to 2017. In July 2017, the current new targets were set, cutting down dramatically the number of calls classified as Category 1, but reducing the response time target from 8 minutes to 7 minutes. In order to meet the mandatory response time target, rapid response vehicles (cars and motorbikes) are routinely being used to “stop the clock” by Ambulance Services. The increasing number of emergency calls year on year (by on average 5.2%/year since 2010-2011 in England) is putting further pressure on Ambulance Service’s ability to respond within the regulatory time-frame.

While looking at the impact of flooding on emergency response time, the incident and mobilisation dataset published by London Fire Brigade came to our attention. This detailed dataset showed that flooding occurred on the 2016 UK European Union referendum polling day in London saw a three-fold increase in the number of incidents London Fire Bridge attended, of which 450 (45%) were flood-related. In total, 1337 dispatches were made, of which over 59% of the journeys took more than 6 minutes compared with 33% on the previous day. There is a clearly a ‘surge demand’ during flooding for Fire & Rescue Service. In addition, flooding of transport networks added critical minutes to travel times between dispatch and arrival. Around 10% and 9% of the responses were ‘held-up’ by weather and traffic conditions respectively as the records show. Whether there is a rising demand for Ambulance Service during flooding needs further investigation, however their response is likely to be hampered by adverse traffic and weather conditions.

This investigation led to our article recently published in Nature Sustainability, we explicitly modelled the spatial coverage of every Ambulance Service and Fire & Rescue Service station in England during flooding of varying severity under compliant response times. We consider road closure because of flooding, speed limits, road hierarchy, one-way traffic and other restrictions in the road networks, mapping accessibility using the widely used method in route planning (e.g. Google Maps Navigation). We identified all the vulnerable population facilities in England (care homes, schools, nurseries and sheltered accommodation) unreachable within the mandatory time-frames of response.

Looking back, the crucial ingredients that enabled this study are two-fold. First, without engaging with stakeholders closely, the chances that we discover the mandatory response time targets is low, hence any findings wouldn’t be necessarily as useful. Second, data is crucial. The opening up of data by organisations such as London Fire Brigade, Environment Agency and Ordnance Survey are important enablers for this scientific investigation. Looking forward, we very much hope more detailed data can be made available by emergency responders to enable greater understanding of flood impacts on emergency response in an uncertain climate, to save lives and livelihood. 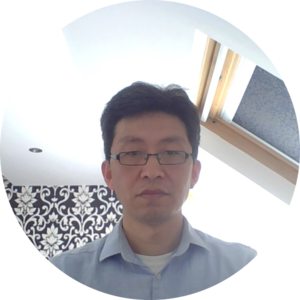