The fjords along the West Antarctic Peninsula experience pronounced disturbance from climate-change related glacial retreat. Our work in Potter Cove demonstrates that glacial melt disturbance shifts the metabolism of the seafloor community from a net uptake to a net release of carbon dioxide. 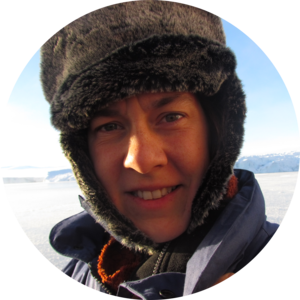 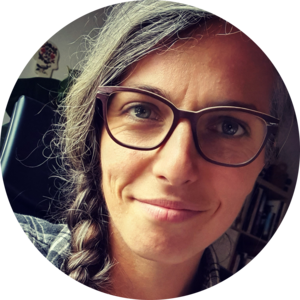 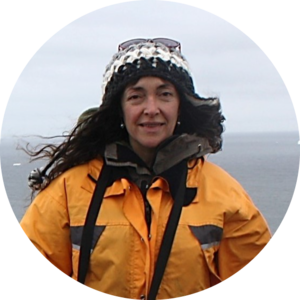 The West Antarctic Peninsula has experienced a rapid warming in the second part of the 20th century, with an increase in winter surface air temperature nearly 5 times the global mean, resulting in an almost three months shorter sea-ice season, and the retreat of most of the glaciers fringing its coastline.

Potter Cove, a small fjord-like inlet on King George Island at the North of the West Antarctic Peninsula and close to the Argentinian Carlini Station, has since the 1990s been the subject of intensive international research to study the effects of climate change on its coastal ecosystem.

Until the 1950s, the Fourcade Glacier covered about half of Potter Cove extending on its water. But since, this floating ice tongue has been retreating gradually, opening up new marine habitat but, at the same time, also generating large amounts of brash ice (e.g. chunks of ice floating on the surface and loaded with fine particles), freshwater and fine sediment in the Cove. Seafloor communities have responded strongly to this sediment disturbance, shifting from filter feeders to mixed assemblages (for further reading, see the work of Sahade et al. 2015 and Pasotti et al. 2015).

How does this shift in seafloor community composition translate into carbon cycling? We investigated this by deploying benthic chambers at the seafloor with the help of an international team of skilled scientific divers, measuring the exchange of O2 at the sediment-water interface as a proxy for carbon cycling. This fieldwork in freezing cold water inhabited by leopard seals was a difficult task, and the heavy and fine sediment load of the glacial melt water of Potter Cove makes diving in this site often a “blind-folded” working experience.

Upon arrival in January 2015 (austral summer), a storm settled on the region and diving was impossible for two weeks. Time is precious and limiting on these missions, therefore the diving team took the opportunity to practise the chamber deployments “dry”, imagining procedural protocols and enacting them on land. When the diving team could finally access the icy waters, the work was so familiar to them that the work went very smooth and flawless.

After this successful expedition, we were given the opportunity to repeat our measurements in winter (August-September) and spring (November) 2015 and spring (December) 2016. During this temporal sequence of fieldwork expeditions, we noticed strong variability in climate parameters. Whereas winter 2015 was remarkably cold, with a long sea-ice season and a late onset of sea-ice melt in spring 2015, winter 2016 was warm and rainy. Very little sea ice had already melted at the onset of spring 2016. This strong interannual variability appeared to be related to a shift from a strong El Niño year in 2015 (cooling effect) to a weak La Niña year in 2016 (warming effect). Through a cascade of effects, this climate variability was evident in the benthic metabolism: the cold winter in 2015 with long sea-ice cover had prevented strong glacial runoff. This resulted in unusually clear waters, enabling the microalgal mats at the seafloor to flourish and turning the seafloor metabolism to net production, hence capturing more CO2 than it did release). One year later, in exactly the same period, the strong glacial melt runoff invaded the waters in Potter Cove, and the microalgae were continuously covered by glacial sediments. Although these microscopic algae are able to migrate to the sediment-water interface, too much sediment on top of them is just too much. Hence, they could not perform their role as strong primary producers, turning the seafloor communities in a net source of CO2.

In the end, these strong interannual contrasts between El Niño and La Niña conditions offer an outlook to future climate change scenarios in other comparable Antarctic shallow soft sediment systems. With climate change, La Niña conditions such as in 2016 are expected to occur more frequently. These conditions favouring increased glacial melt could represent the near and mid-term future of coastal West Antarctic Peninsula areas. With the projected warming of air temperatures, glacier retreat and glacial melt will certainly increase, resulting in more intense and frequent sediment-laden meltwater plumes that are likely to steer the West Antarctic Peninsula fjords and bays progressively towards higher net CO2 releases. Furthermore, increases in ice scour events are expected as a result of shorter sea-ice seasons, which make it so that icebergs are longer free to drift around when not entrapped in the seasonal sea ice.  Ice scouring in the shallows induces mortality of seafloor communities, a process that together with the high sediment load, would lead to a further increased return of CO2 into the atmosphere through decomposition of dead material. Given the evident fragility of these coastal Antarctic ecosystems under various climate change pressures, a call for protection of these habitats from additional anthropogenic disturbance is of high priority. The important role these sediments have for the whole marine systems' biogeochemistry and food web must be maintained functional to increase the Antarctic shallow water ecosystem resilience to the seemingly unavoidable climatic changes ahead.

The picture in the banner (credit: Francesca Pasotti) shows Potter Cove, Carlini station and the Fourcade glacier in the background.