We started, perhaps like most or all research projects, with optimism fueled by naivete. Our team of engineers and social scientists formed around the concept of the food-energy-water nexus. This is the popular idea that the production of food, energy, and water should be considered together. If we treat them separately, we may make mistakes such as diverting water for hydroelectric power, thereby reducing irrigation and thus food production. Or we might miss opportunities for mutual benefits, such as wastewater treatment that could make more water available for agriculture.

Our project focused on rural Alaska. In addition to our academic team, we collaborated with community leaders and utility personnel in four communities that are not connected to Alaska’s limited road system. We were particularly interested in renewable energy sources: solar, wind, and hydro. Electricity in rural Alaska is typically generated by diesel-fueled power plants, running isolated electrical grids serving a few dozen to a few thousand people. Renewable energy promises cleaner and possibly cheaper power. We wanted to know if it could also be used to improve food and water security.

First, our ideas for quantification hit practical and ethical obstacles. Ethically, we might be asking people for all kinds of personal information about their choices, their habits, and more. This was territory we did not want to go into. Practically, the information we sought was not just intrusive but also extensive. We could ask about food purchases at the local store, if they were willing to share proprietary commercial information. But it would be harder to track food ordered by mail or brought home from travel outside the community. Not to mention that many households in rural Alaska depend on hunting, fishing, and gathering for much of their diet. And that’s just food.

Second, the idea of the food-energy-water nexus started as a compact and efficient theory for looking at things. In practice, we discovered a complicated web of interactions that only sometimes involved interactions among even two of the three core elements of the nexus. Even as a conceptual model, the nexus was difficult to characterize. Transportation challenges contributed more to food insecurity than did the availability of water and energy. Government policies were a bigger constraint on food access or energy prices. We had to re-think the way we were examining food, energy, and water security.

Proponents of the food-energy-water nexus will say that the concept includes transportation, governance, and other such influences. Fair enough, but here is the problem we encountered. A good model should be big enough to include the major factors involved. And it should be small enough to simplify matters to the point that we can understand and analyze what is happening. In our case, the two requirements do not overlap. If the model is big enough, then gathering enough data is beyond our capacity, even on a multi-year, multi-million-dollar project. If the model is limited to what we can gather data for, then it doesn’t explain very much. And we were working in just four of Alaska’s two hundred or so rural communities.

We do not blame the nexus. To the contrary, we found it useful, just not as a quantitative model. The value we see for rural Alaska at least is in the basic idea of looking at food, energy, water, and related systems together. Typically, each of these is operated by different companies and agencies, under regulations set separately for each domain. For rural residents, however, all of these policies and practices are part of the same network. Postal subsidies make it possible to order food by mail. Electrical subsidies leave money in people’s pockets to spend in other ways that raise their quality of life. Hunting regulations affect how much food people can provide for themselves versus what they have to buy at the store.

Trying to make sense of an unfamiliar system is hard for those outside that system, such as the academics on the project. For those who live within the system, such as our community partners, it can be hard to see all the strands that influence one’s choices and what is available. Here is where the nexus concept starts to help. With the benefit of distance, the academics can identify many of the major influences on community well-being. With the benefit of familiarity, local leaders can see how those influences interact. Together, we can look for places where change would have the most overall benefit.

We started optimistic and naïve. Along the way, we became more sophisticated. Our optimism suffered, but in the end we have regained much of it, in a different form. We no longer think we can quantify the food-energy-water systems of rural Alaska, but we no longer think we have to. Instead, rural leaders can draw on academic and other expertise to put nexus-inspired thinking into practice. And academics can write papers to share their ideas with the research community. Naively and optimistically, we hope others can benefit from our experiences, too. 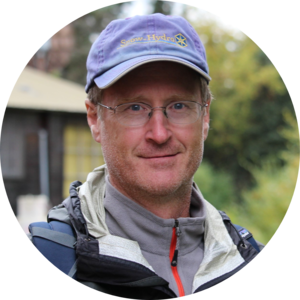